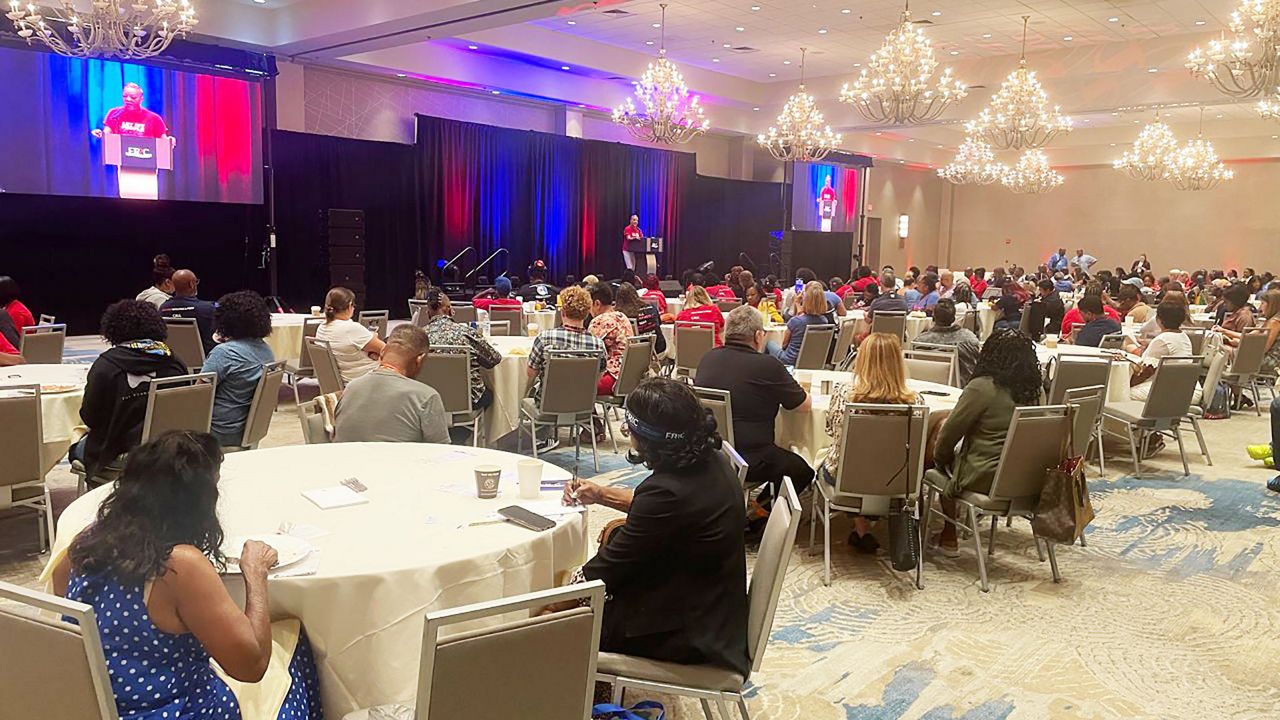 ORLANDO, Fla. — The Florida Rights Restoration Coalition (FRRC) held a conference in celebration of their 10-year anniversary Saturday morning but there was one hot topic: the recent arrests of 20 people accused of voter fraud.

The FRRC conference was a gathering place for those known as "Returning Citizens."

"We were once in prison, once in jail, coming back into society trying to make a better life than we had before we went in," said Tanaie Jenkins, who is a Returning Citizen.

Jenkins, like others at the event, legally regained her right to vote back in 2018 with the passage of Amendment Four.

"I cried, I'm not gonna lie. Because not only did my ancestors fight for my right to vote, FRRC took to the streets and did the same for me," she recalled.

But while Jenkins has the right to vote, other convicted felons do not. Those with murder and sexual assault charges are still barred from heading to the polls.

It was people with those sort of felonies who Gov. Ron DeSantis says were recently arrested for voter fraud.

In a press conference last week, the governor said 20 people with either murder or sexual assault charges voted illegally.

"They did not get their rights restored, and yet the went ahead and voted anyways," said DeSantis. "That is against the law and now they're going to pay the price for it."

Neil Volz with the FRRC says he believes some who voted illegally may have done so out of a misunderstanding, not with intent to commit a crime.

Volz says he'd like to see more security on the front-end of elections so arrests never become necessary.

"We know the best way to stop crime, is to stop it from happening in the first place," he said.

Meanwhile, DeSantis says investigations are ongoing and more arrests may be coming down the pipeline.