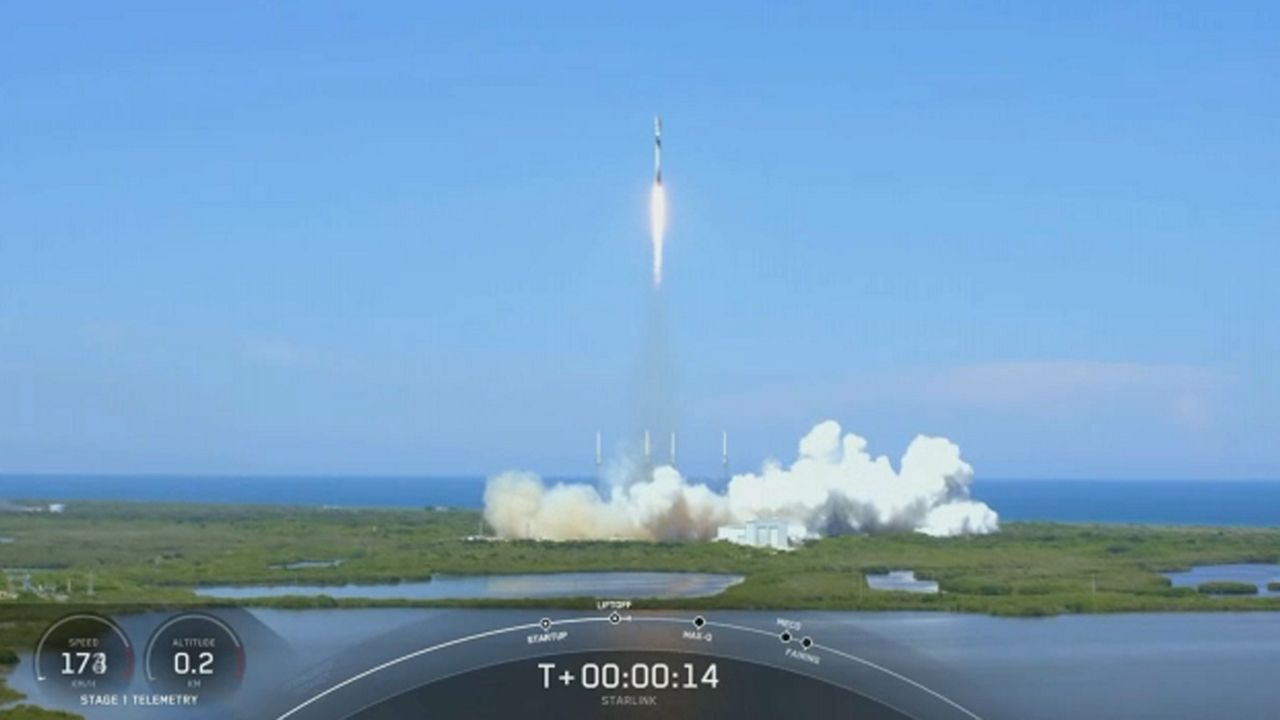 CAPE CANAVERAL, Fla. —  The SpaceX launch of Starlink satellites went off without a hitch Friday afternoon, despite concerns about the weather earlier in the day.

The mission's first-stage booster, labeled B1062, has been on eight missions, including the Axiom mission in April of this year, the Inspiration4 last September and three Starlink launches.

After the stage separation, the rocket’s first stage returned to Earth and landed on the drone ship A Shortfall of Gravitas that is stationed in the Atlantic Ocean.

The Starlink satellites deliver internet access coverage to most of the planet and give a high-tech broadband capability for activities like video calls and streaming, stated the company.

Before Friday’s launch and according to Harvard-Smithsonian Center for Astrophysics’ astronomer Jonathan McDowell, 2,792 Starlink satellites were in orbit, with 2,756 working and 2,313 that are operational.