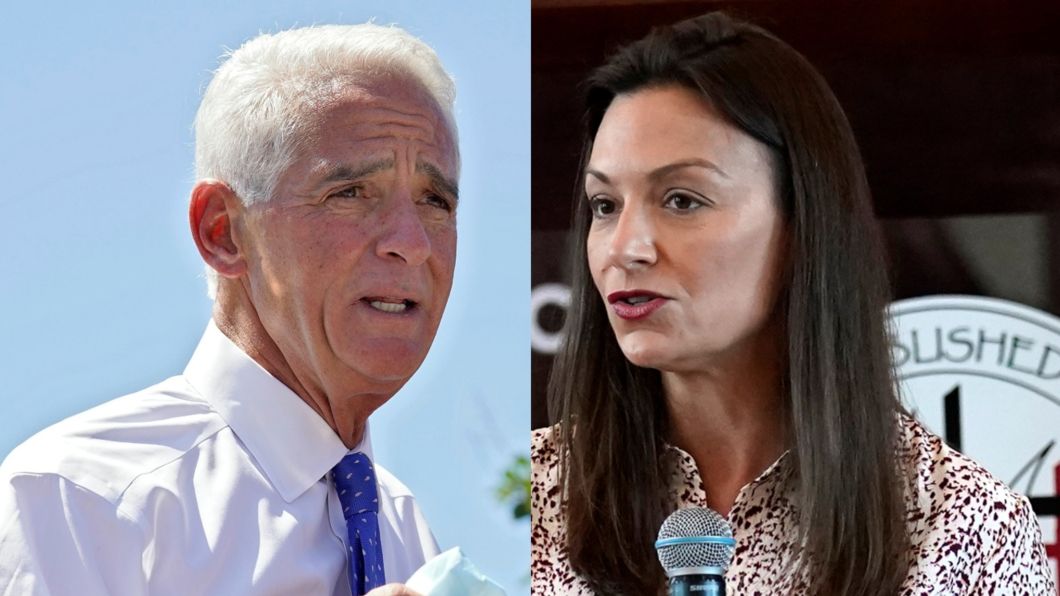 FORT LAUDERDALE, FL. — Congressman Charlie Crist and Florida Commissioner of Agriculture Nikki Fried are working to differentiate themselves on abortion in the state’s Democratic primary for Governor.

Crist said Wednesday that he is the Democrat that abortion rights supporters need to vote for in his race against Nikki Fried in the Democratic primary election for governor next week.

“I’m the only candidate in this race as a governor of Florida who vetoed an anti-abortion bill,” he told Spectrum News outside of a diner in Hollywood this afternoon, speaking about his tenure as governor between 2007-2011. “I’ve got a 100% rating with almost six years in Congress by Planned Parenthood and NARAL.”

Fried says she doesn’t believe fellow candidate Charlie Crist when he says he supports a woman’s right to choose. She points to Crist’s Republican past, including his stint as Florida governor before he turned Democrat.

“That tells me you don’t understand that women are going to die because of decisions that you made when you were a Republican governor,” Fried said of Crist’s quote during a one-on-one with Spectrum News.

As governor, Crist vetoed a bill that would have required a woman to undergo an ultrasound before having an abortion.

Fried has attacked Crist relentlessly on abortion rights during the campaign, and specifically on Crist’s previous self-description that when he was a Republican that he was “pro-life.”

In a Washington Post story published Wednesday, Crist acknowledged he used to describe himself as pro-life, but said that “everybody has their own definition of words,” adding that “so I kind of had fun using it.”

Fried blasted Crist for using the word “fun,” on such an issue, tweeting that “I have another f-word to describe how playing cute with women’s rights and our bodies is a game to him.”

Speaking with Spectrum News Wednesday afternoon outside a diner in Hollywood, Crist said that he is actually the more pro-choice candidate in the race.

“In this race for governor of Florida, we have somebody in the governor’s mansion that has always consistently fought for a woman’s right to choose. There’s only one, it’s me. Charlie Crist. I did it as a state senator, killing a bill in the health committee. I did it as your governor, vetoing an anti-abortion bill, and I’ve done it in the U.S. Congress.”

Crist spent the day making four different stops in Broward County, the bluest of Democratic counties in Florida. He was accompanied on three stops with U.S. Representative Debbie Wasserman Schultz, who also said that Crist has a proven record of defending abortion rights.

Among those watching Crist and Wasserman Schultz speak at a Century Village Pembroke Pines event was Florida International University law student Camryn Smoler, who said she trusted the fact that abortion rights leaders had endorsed Crist for governor.

“I trust Planned Parenthood’s endorsement more than a campaign’s statement,” she said.

For the record, Planned Parenthood’s PAC announced earlier this month that it would remain neutral in the race for Florida governor.