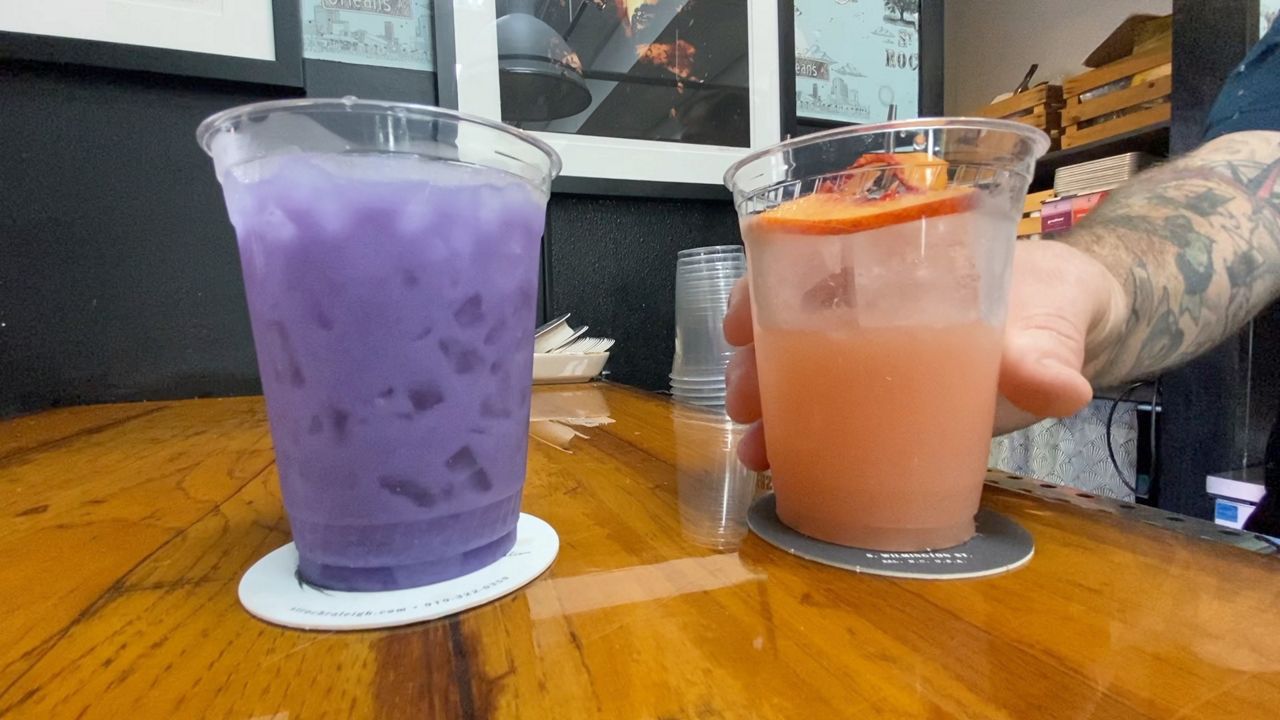 Businesses within a specific area of downtown will be able serve alcoholic to-go drinks to patrons walking outside.


The goal is to increase foot traffic downtown as many bars and restaurants are still reeling from the pandemic.

Hunter Thurston tends the bar at St. Roch Fine Oysters + Bar in Raleigh. He’s never lived anywhere that has a social district, but believes it will go over well with his customers.

“I think the number one complaint from a lot of people has always been that North Carolina has always been behind the times and it's good to see that they are finally starting to be like places like San Francisco, New York, Colorado, and move forward," Thurston said.

Businesses in the social district have the option to serve to-go drinks in a cup no larger than 16 ounces.

"I'm from New Orleans, so go-cups are kind of a part of the culture. So it’s not something that [is] completely foreign to me," Gerhart said. "I think it will hopefully be a little bit more restrained than perhaps New Orleans, but I think it is a good idea to get people back downtown and walking around.”

Thurston acknowledges some people will always try to go around the rules, but he hopes the majority of customers will hold each other accountable, making for a successful social district.

“If people have that moral compass to say this is a way for our city to do better, progress and to start emboldening culture, then we need to police it as well and treat it with the utmost respect," Thurston said.