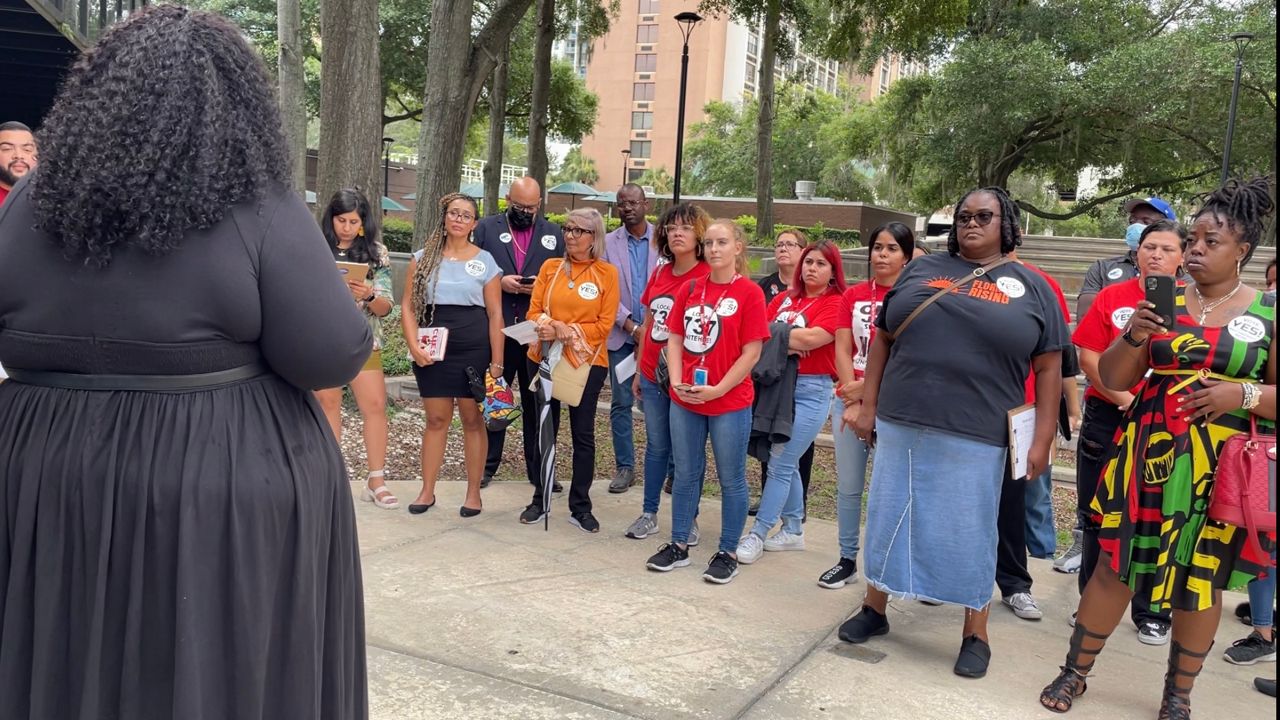 Prior to the start of the meeting, several renters rallied outside the Orange County Administration Building. Spectrum News

On Tuesday, Orange County Commissioners voted in favor of putting a measure on the November ballot to cap rent hikes at five percent over a year.

The meeting was a heated as renters and landlords made their pleas to commissioners. The commissioners began their discussion after almost three hours of public comment from renters, property managers, and landlords.

Jessy Correa said she changed her work schedule to attend the meeting and share her thoughts about why rent stabilization is important to the community. She said she became impassioned about the topic after her rent skyrocketed the past two years.

“My rent has gone up $300 since I renewed in January and I’ll have to let them know by October if I’m going to renew it will be 17% more,” Correa, a single mother of six, said.

Correa claimed once she pays rent, then she only $400 remains to pay everything else from bills, gas, clothes and food. Without the cap, she doesn’t know how she will make it from now on.

“How exciting it would be [to have the cap], in the sense that five percent is a lot less than 17 percent,” she continued.

“The general rough average in what I’m seeing is 30 to 40 percent increases,” Bright said.

He said he believes any cap can hurt the small mom and pop show property owners he works with.

“If the expenses don’t go above the cap then, it’s perfectly fine,” Bright said. “But, if their expenses double or even triple, then it makes it harder on them.”

Other property managers alleged, during public comment, that it would lead to ‘slum lords’ taking over Orange County properties. They also claimed it would not solve the housing issue in the county.

As for Correa, she believed if rent increases weren’t stabilized, she would’ve needed a second job.