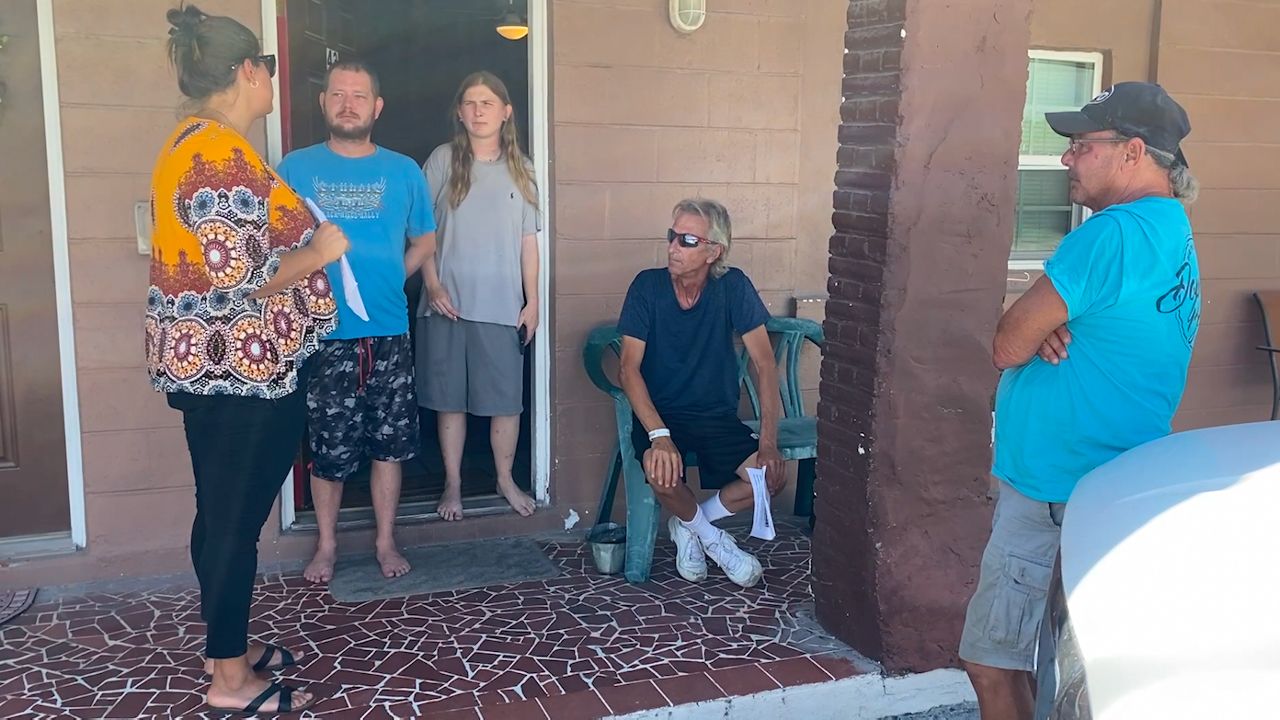 MELBOURNE, Fla. — Dozens of tenants at a Melbourne hotel are scrambling to find a new place to live after being told they will be evicted by next week.

Around 40-50 tenants at Rider’s On The Storm Inn say they did not receive a written notice and were told they have to be out within the week.


Dennis Hohman and Gabby Hall have lived at the hotel for three years, paying $325 a week. They said it was a punch in the gut when they were told to pack up and go.

They said management plans to turn off their power next Friday. Right now, the couple and other tenants are barely scraping by.

“Most of the people who live here work jobs like we do — restaurant jobs, whatever (days, nights whatever), make your money, come home, pay your bills,” Hall said.

Hall said she has a special connection to the inn. When she was a child, her family stayed at the hotel.

She has pictures by the pool, but now being forced to leave tainted those memories.

“Just to be thrown out,” she said.

The South Brevard Sharing Center is handing out flyers to reach those in need of services, but says it’s going to take more to get them a new, affordable place to stay.

“We have the shortness in housing, Section 8, public housing,” Tammy Breeden, with the Sharing Center, said. “All those lists are closed.”

The inn’s owner said he is shutting it down for personal reasons.

Spectrum News 13 reached out to the Brevard Sheriff’s Office Civil Process Unit, which serves eviction notices, and said it has not been contacted about the hotel property.