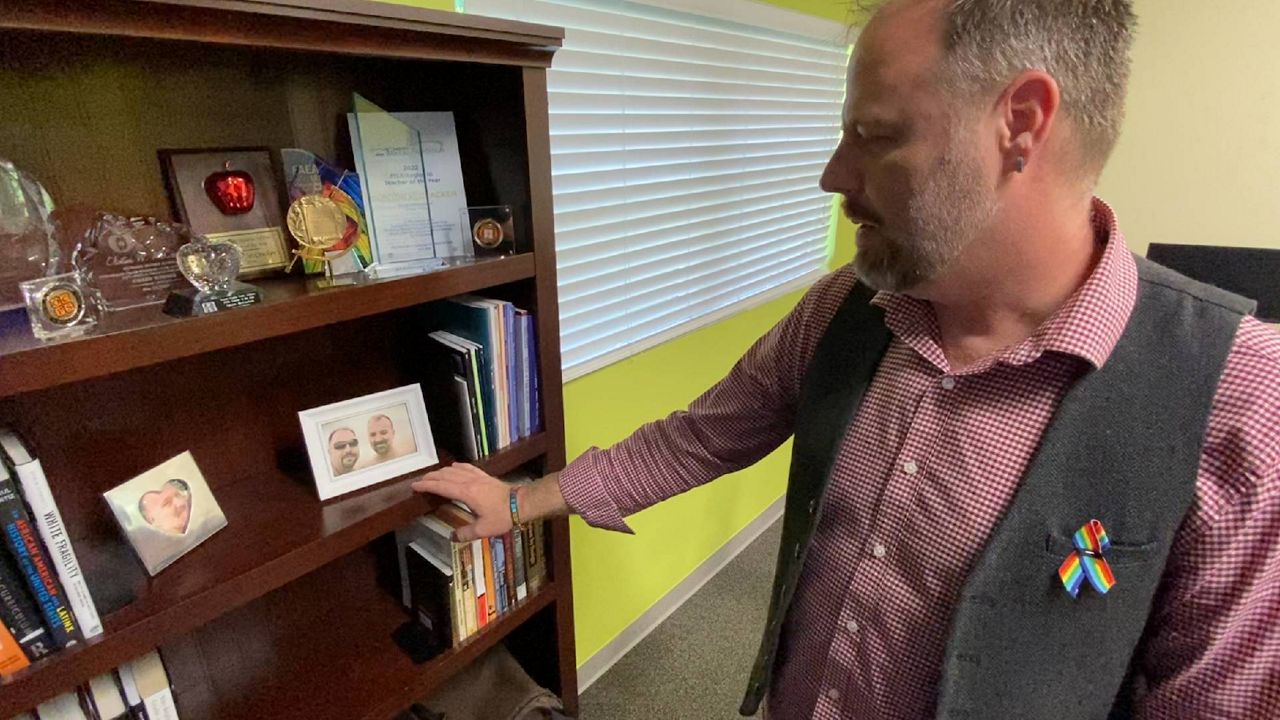 ORLANDO, Fla. — The start of the school year in Florida marks the first since the Parental Rights in Education law went into effect in July.

The law, dubbed by critics as “Don’t Say Gay,” prohibits classroom instruction on sexual orientation and gender identity in kindergarten through grade three. Beyond grade three, that instruction must be deemed age-appropriate or developmentally appropriate by state standards.

The Florida Department of Education (FDOE) has not laid out those standards yet, saying in a letter to superintendents in June that this provision of the law won’t take effect for grades four and up until the department “develops rules or guidance on age-appropriate and developmentally appropriate instruction.”

Clinton McCracken, a gay man who is the new president of the Orange County Classroom Teachers Association, says his fellow LGBTQ teachers statewide are anxious because they feel targeted by this law, wondering whether their district will caution against family pictures in the classroom or pride flags in case that prompts talks on sexual orientation or gender identity.

In the meantime, school districts and their legal teams have been scrambling to give teachers guidance on best practices to follow this new law, which has a provision giving parents the right to sue their school district and receive damages.

“The definitions are vague and unclear, which opens up school districts to costly lawsuits and creates this unwelcoming sort of chilling effect for schools,” said Holly Bullard, the chief strategy and development officer for the nonpartisan Florida Policy Institute.

“You’re seeing school districts even above grade three starting to proactively retract certain things, things that honestly if you read the law you would say that’s not even in the law, but it’s because it’s so vague and someone out there could sue.”

The state provided some guidance on the matter in late June, through a legal motion to dismiss a lawsuit. The 60-page motion states the legislation “restricts instruction on sexual orientation and gender identity, not mere discussion of them…neutrally allowing all parents, no matter their views, to introduce those sensitive topics to their children as they see fit.”

The motion points to the Merriam-Webster’s Dictionary definition of instruction as “the action, practice, or profession of teaching,” saying the statute doesn’t restrict gay and transgender teachers from putting a family photo on their desk or referring to their families in class.

“There are still teachers at those grade levels who have removed rainbow buttons from their teacher bags that they bring to school because they’re afraid for how they might look, are they doing something wrong now,” he explained. “There’s so much confusion surrounding the law, teachers at all grade levels are already being impacted.”

A provision in the law gives FDOE until June 30, 2023, to review and update educator practices.