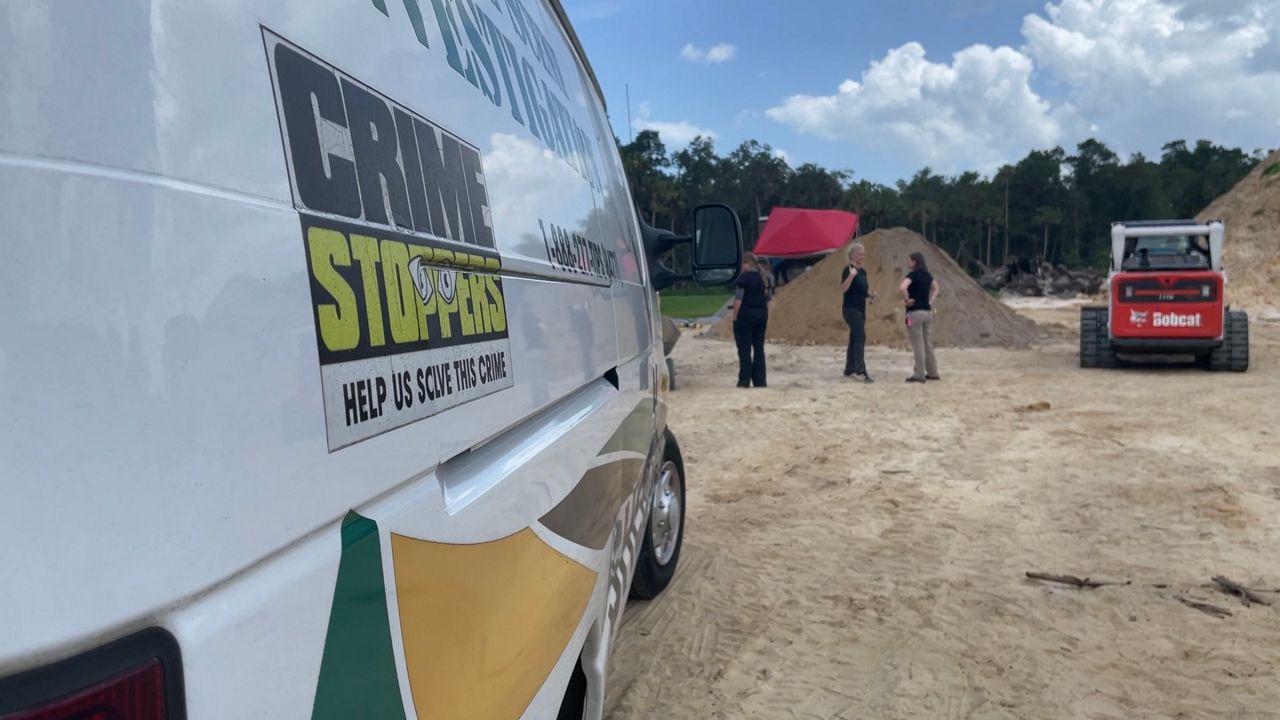 Less than two weeks after human remains were dug up at a Palm Coast construction site, the Flagler County Sheriff's Office announced that the University of South Florida anthropology department was assisting in the investigation.

"There's no indication that this is a dump site for a killer," said Sheriff Rick Staly in a press conference Wednesday.

At this point, Staly said he believes that what's been discovered is the remains of one individual and that they were placed at the site sometime in the last two decades.

"We reached out to USF to get advice, because we knew they had done the Dozier School for Boys dig in 2014 that uncovered 55 bodies," Staly said.

Researchers arrived at the site on Tuesday and officially started sifting through the location, which is longer than a football field.

Investigators said it's still too early to determine who the remains belong to or when they were first buried, but have pledged to do everything they can to learn more.

"So, if everything stays on course like it is, I think we'll get through a lot of our target area this week," said USF anthropology professor Dr. Erin Kimmerle.

The first of the remains were found on July 18, and construction at the site halted when deputies were called in to examine a bone found in a residential building area.

Additional skeletal remains were later found and determined to be human.

Kimmerle was brought in to assist with the investigation.

"You have to have high-pressure water, so it really takes a lot of people from the county with the heavy equipment," she said.

Officials say fragments of a person's jaw and skull have been found, along with two femurs.

Kimmerle said her team's work at the construction site is an opportunity to help close a missing person case that could gone unsolved for years.

"For this unknown person, there's a family out there," she said. "Somebody is probably searching for them or wondering what happened, and so that's really the driving force behind doing this kind of work."

Officials expect the USF search team to be on-site until at least until Friday.