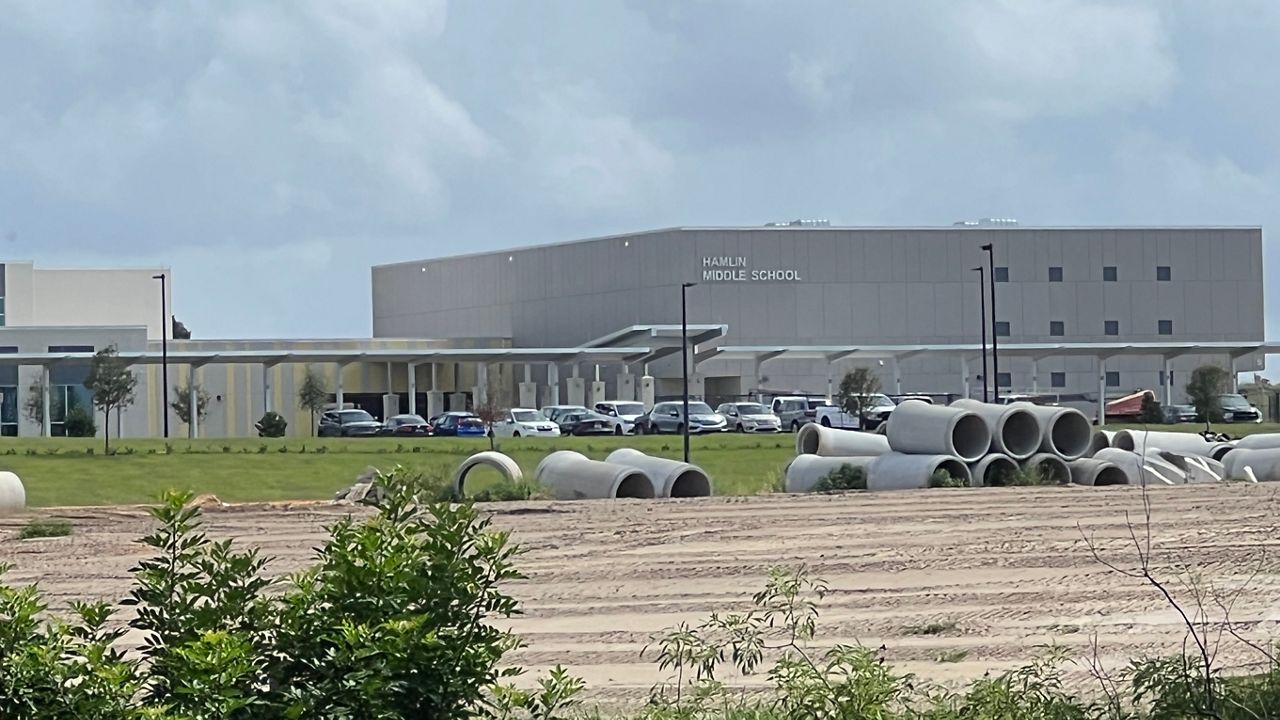 Hamlin Middle School is one of five new schools that will be open for the coming school year in Orange County. (Spectrum News 13/Nicole Griffin)

Orange County officials are preparing to open five new schools for the coming year, and three of them will be in the fast growing Horizon West community.

Anna Rodriguez Cruz and her dad Victor Rodriguez Garcia were soaking in the lasts weeks of summer Tuesday before she heads off to the fifth grade.

They moved to the Hamlin area about two years ago, and since that time, they’ve seen the number of people in the area and in the schools skyrocket. It is why Rodriguez Garcia said he is thrilled more schools are opening nearby.

“It is better because a lot of people is moving to the area, it is important, education is very important,” he said.

Orange County Schools District 4 School Board Member Pam Gould said the new schools will not impact class sizes as those are set by the state, but they will relieve overcrowding.

According to Orange County Schools, the new schools will add nearly 5,000 seats of capacity to the nation’s ninth-largest school district, for a total of 210 schools during the 2022-23 school year. Gould said while this should help overcrowding now, more schools will be needed in the near future.

Rodriguez Garcia said he hopes his daughter will get to attend one of the new state-of-the-art schools when she gets older.

“I think good things are coming,." he said.

Gould said the county has already identified more prospective school sites throughout the area, and the district is just waiting to see where exactly people will move to. Horizon West is slated to get a fourth new school in 2023, and then a fifth in 2024.

According to the district, 207,000 students are currently enrolled in Orange County Schools.