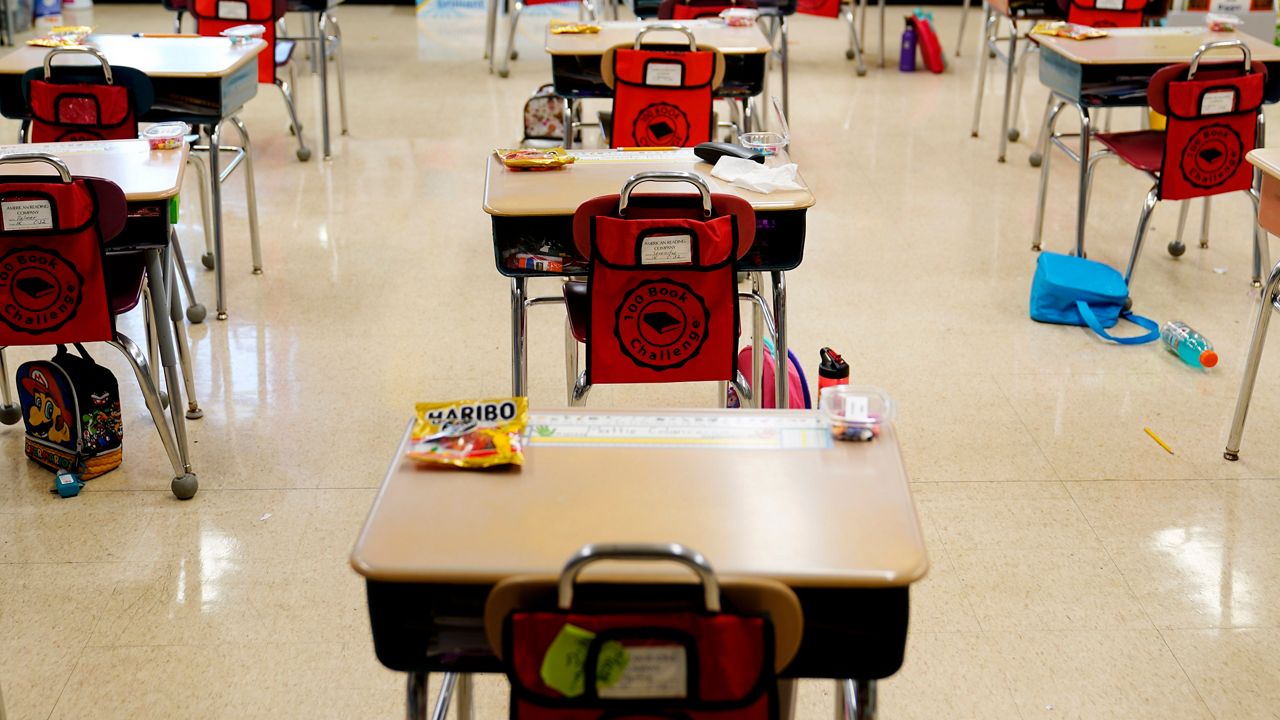 About 1,000 people are expected to attend the 43rd annual School Safety Conference, which will run Monday through Friday in Orlando. (File Photo)

By Will Robinson-Smith and Nicole Griffin Orange County
SHARE

ORLANDO, Fla. — As lawmakers in Texas pore over details of the mass shooting at an elementary school in Uvalde, school safety leaders in Florida are gathering in Orlando to discuss how school safety is doing in the Sunshine State.

Roughly 1,000 people are expected to attend the 43rd annual School Safety Conference — which is being held for a second year in Orlando and will run Monday through Friday at the Rosen Shingle Creek Orlando.

Experts say the mass shooting at Robb Elementary School, which left 21 people dead, has reinvigorated the discussion on not only gun regulations, but school safety as well.

While the shooting isn’t listed as a topic of discussion for the meeting hosted by the Florida Association of School Resource Officers, the recent release of a 77-page preliminary report in Texas that pointed to “systemic failures” during the Uvalde shooting, could make it a point of discussion for attendees.

"We're going to address, you know, what we would like to see what is our response, you know, make sure that everything is at best practice," Timothy Enos, executive director of Florida Associations of School Resource Officers, said.

Just under 1,000 school resource officers from every county in Florida were expected to attend, and many said they are dedicated to attending trainings like the one in Orlando to make sure they are staying up-to-date on the most effective methods of protecting children at school.

"Where can we improve within our school district? Within our state?" asked Kissimmee Police Department SRO Rebekah Morris. "Extra training? Extra security? Whatever we need to bring in just to make sure something like that cannot happen here and will not happen here."

At the conference, SROs will have the opportunity to attend seminars to address mental health, de-escalation, crime prevention and more.

Morris said all this is important to create the safest learning environment possible for the kids.

"We need to make sure that after what the terrible tragedy happened to Parkland, that we're all on the same page, and that everybody understands our priority is to go in immediately and to neutralize the shooter," Enos added.

The nationwide calls for greater school safety were reignited by what happened in Uvalde, but states have been putting their own legislation into action following these tragedies.

In Florida, the 2018 massacre at Marjory Stoneman Douglass Elementary School prompted a local response to school safety with a series of bills that were introduced over the following years.

According to the National Conference of State Legislatures, since 2018, 78 bills have been introduced to address the topic of school safety, with the most coming in 2020 with 36. Of all of the bills, only seven, or about 8.97% of all introduced, were ultimately adopted.

One of the seven, HB 1421, was passed unanimously this year by the Florida Legislature and was signed into law by Gov. Ron DeSantis in early June.

The new law puts a number of new practices into effect such as:

“This new law, which passed unanimously through the Florida Legislature, is an important next step in providing school safety assurances to families and students,” said Tony Montalto, the president of Stand with Parkland, in a statement at the time the bill was signed. “Florida will continue to do everything possible to make sure our schools meet the highest safety standards and that mental health issues associated with school violence are being addressed.”

According to data from the K-12 School Shooting Database, which is supported by the Center for Homeland Defense and Security, the number of incidents has been increasing since the 1970s with 2021 recording the highest number of non-active shooter incidents.

Incidents, whether with an active or non-active shooter, are described by researchers as “each and every instance a gun is brandished, is fired or a bullet hits school property for any reason, regardless of the number of victims, time of day or day or week.”

Data from recent years breaks down as follows:

The database also notes the number of those killed or significantly injured in gun-related incidents at schools were the highest in history in the last five years:

Researchers have also found that the vast majority of shooters were students of the school where the attack took place, representing 43.1% of those documented. And 20.4% of documented school shooters had no relation to the school impacted.

Escalating disputes were described as representing 37% of the situations in which school shootings occur, with 10.4%, the next largest dynamic, being described as “accidental.”