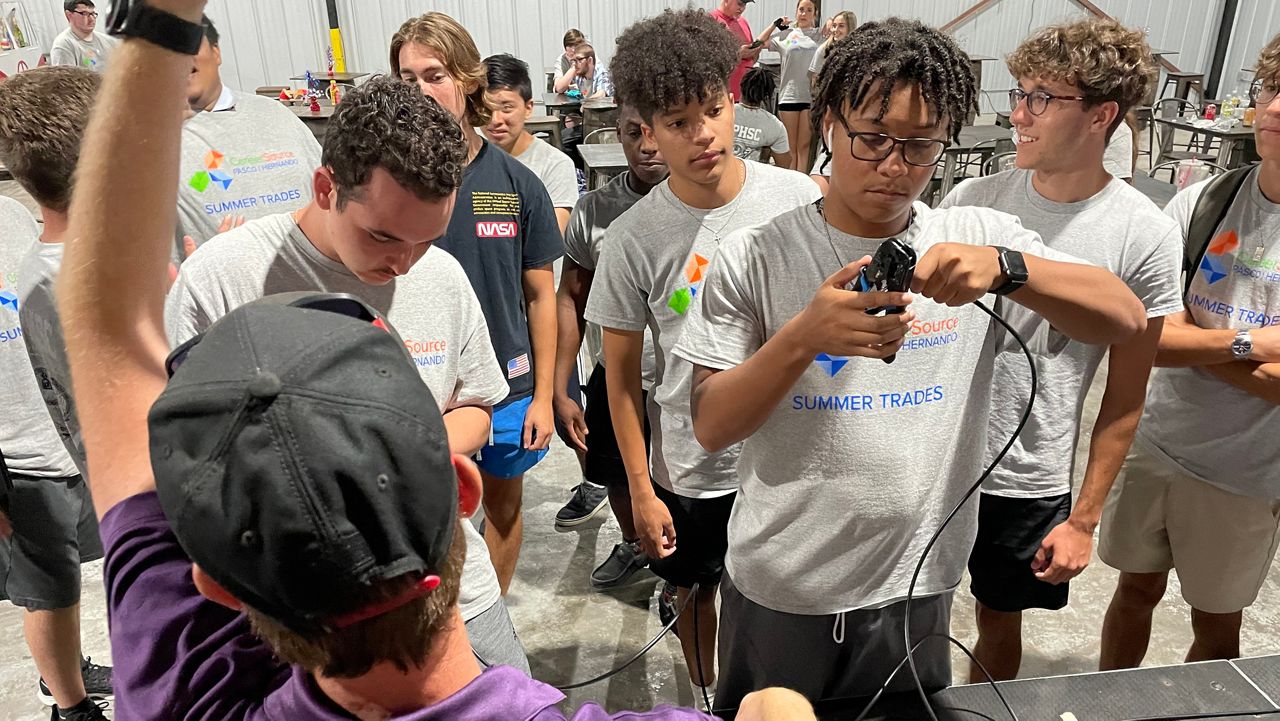 Students participate in the Summer Trades program work on a project at Lead Foot City in Brooksville on June 21, 2022. (Sarah Blazonis/Spectrum News)

The monthlong experience for 16 to 18-year-olds introduces the teens to possible career paths in trades, like construction.

This year, 81 students are taking part in the program, including Dominick Mejia, 17, who's part of the group focusing on the construction track.

"It does open your eyes to different stuff," he said. "Like, my grandpa, he did a lot of construction — I always liked seeing him working. It was really cool."

So, Mejia decided to give it a shot to see if it could be a viable career path for him, as well. In addition to construction, Mejia said he's considering culinary school and college.

CareerSource Pasco Hernando Youth Workforce Coordinator Kelly Castro said students earn their OSHA certification during the first week of the program and gain work experience during the following weeks. On the day Spectrum Bay News 9 visited, teens were at Lead Foot City. The construction group was clearing transmissions out of a building set to be demolished. 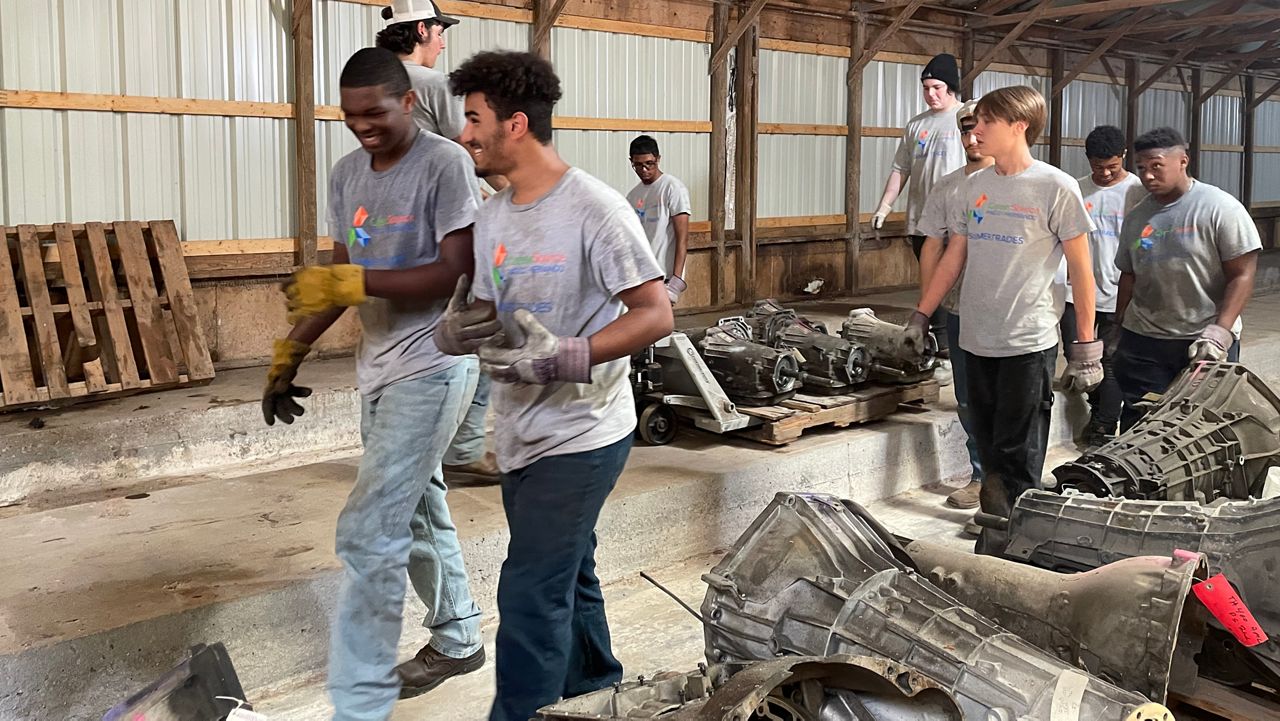 "I'm more focused on going into the medical side, but it gave me a different look at what else there is out there," said 18-year-old Ashlee Cummings.

"It's definitely opening up different options and seeing which one would work better for us," said Abagayle Letizia, 18, another construction student.

Wendy Villa, director of career and technical education programs outreach for PHSC, said the program is meant to change teens' idea of what a career in the trades could look like — for all students.

"One of our goals is to really push the females into this trade so that they can see that they're able to do the same thing that these males have traditionally done," she said.

Castro said students work 28 hours a week and are paid $12.50 an hour, plus two $100 incentives to help them with the cost of food and gas to get to and from the program.

Hernando High School rising senior Richard Robbins, 16, said he hopes to pursue a career in cybersecurity after high school and plans to take part in his school's cybersecurity program this coming year. Before Summer Trades, he said he didn't have experience in the field, but a teacher suggested he get involved in the IT part of the program.

"Before, I didn't know much," Robbins said. "Here, I'm able to kind of get a grasp on what this career might hold in my future."

According to Castro, students also met with representatives from several local unions to learn more about careers in those trades, as well.