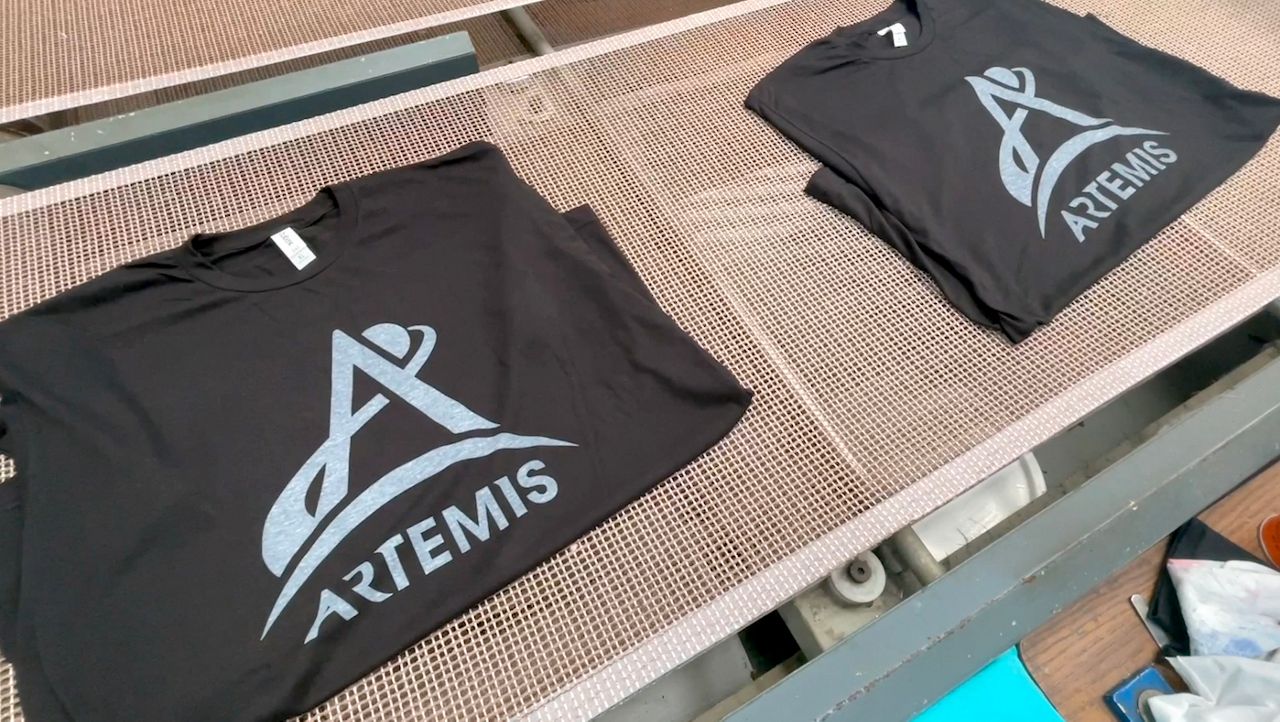 For one Brevard County business, sharing the story of NASA's Artemis program means exciting times — and they are doing it, one hat or shirt at a time.

For nearly 40 years, Space Shirts on Merritt Island has stitched up space-themed merchandise.

The shop has been a longtime dream of Brenda Mulberry, who says she still can't believe she makes this kind of out-of-this-world living.

Much of what's up for sale at Space Shirts celebrates the history of America's space program, they don't sell anything that doesn't have a space theme.

"It's the Artemis Program hat, and they're pretty popular," Mulberry said, pointing out an item in the shop.

She was worried a decade ago when the shuttle program shut down that Space Shirts, too, would have to close up.

But with the success of commercial space missions, and now the dawn of a new NASA deep-space mission, Mulberry says the sky is the limit.

"We are looking forward to going back to the moon," she said.

The hats are popular, but the Artemis shirts are quickly rolling along the assembly line, she said.

After the logo is pressed on, each shirt is sent through a 300-degree heater to seal the deal.

"It's the Artemis logo in vintage print, people like nostalgic things and this is pretty much flying off the shelf," said Mulberry.

The Artemis shirts are front and center in the store itself.

"The public loves seeing what we have new, so go America," she said excitedly.

Mulberry expects even more Artemis-themed merchandise to be sold as the launch headed back to the moon draws closer.