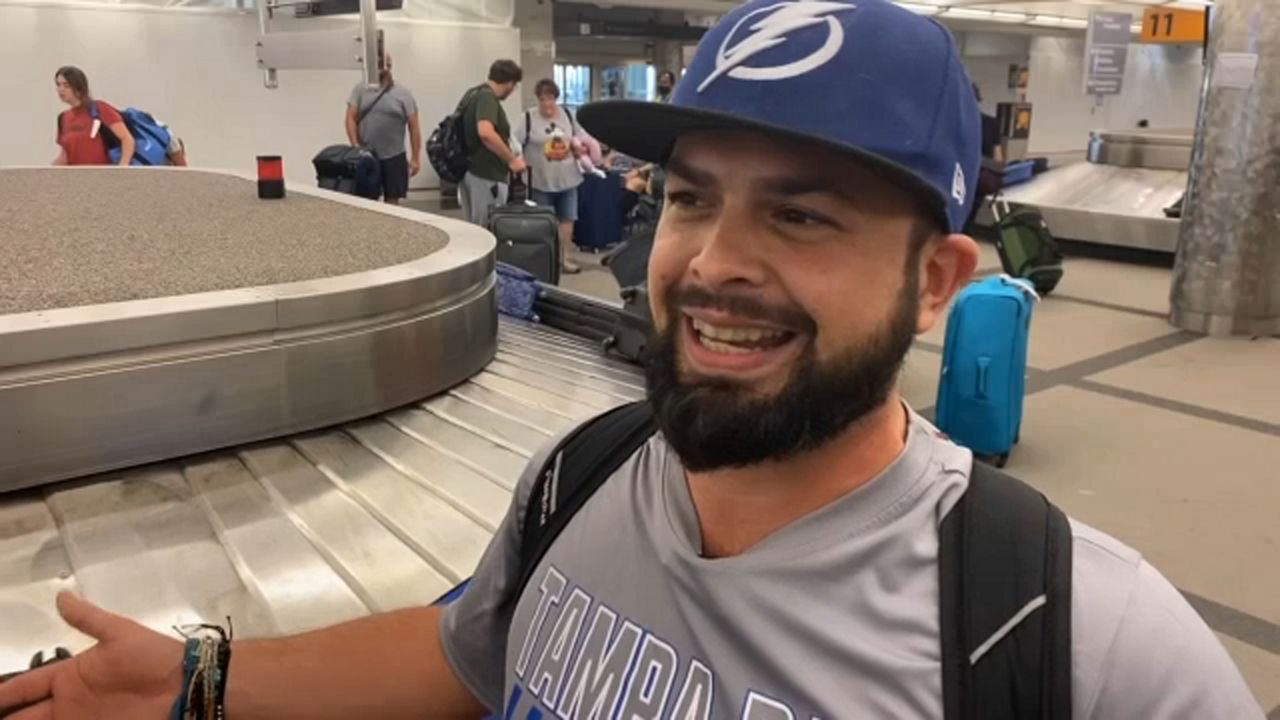 Spectrum Bay News 9’s Virginia Johnson is there for the Stanley Cup Final – along with Spectrum Sports 360’s Kenny Morales – and she caught up with a lucky super fan who snagged a ticket for Wednesday’s Game 1 against the Avalanche.

“I’m just showing my support, my love for my team,” Jesus Guttierez said. “Haven’t got any bad looks yet, but I’m sure they’re sure to come.”

For the last five years he’s been working on the road.

But when the NHL playoffs began, he watched from his latest assignment – Denver.

The Lightning continued to advance, and so did the Avalanche.

“It’s weird how the universe works,” he said. “I’ve been working here for months wishing that this would happen. And then now it’s here and now it’s happened.”

A work trip with a massive bonus for this Bolts fan. It will be his first Stanley Cup game in person. He has been attending Lightning games since they played at the Fairgrounds.

It’s a fandom he’s passing onto his son, 9-year-old Lennox.

“And it’s Lightning/Avs and we are here. So it’s amazing," he said.