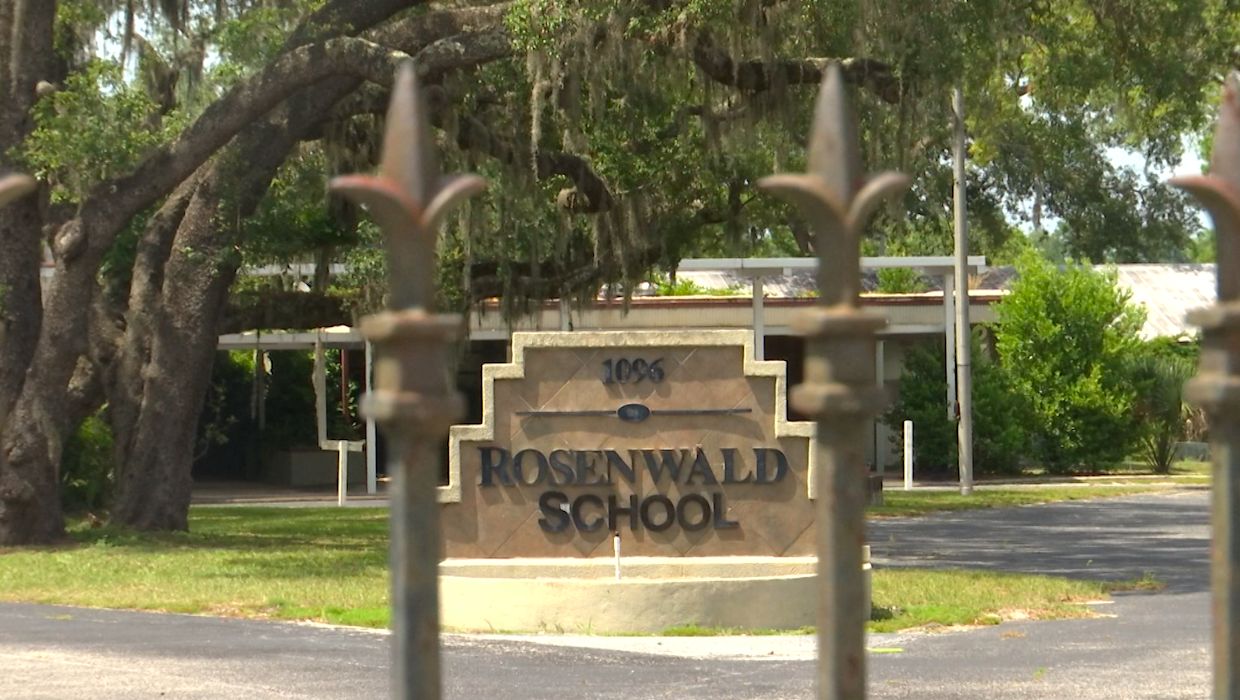 The historically Black Rosenwald School on Merritt Street closed its doors in 2011 and was purchased by the county eight years later.

​Irvin Simpson vividly remembers being a student at the Rosenwald School.

“I remember pretty much this whole front is where that used to be the cafeteria and where the bus used to come in," said Simpson, peering from outside the locked gates.

He was in first grade when they started bussing students to other schools.

All these years later, he’s thrilled that after sitting empty for over a decade, it will soon have a new life as a community center.

“I am ecstatic and I am pretty sure the community is ecstatic also a decision has finally been made, a whole plan was laid out to the county commissioners yesterday. They all seemed on board and the community is ecstatic and now this is somebody to push and this is some movement of us going forward to make something with the property at Rosenwald," said Simpson, who is now president of the East Altamonte Association.

Commissioners moved ahead with a hybrid concept, which would preserve three of the existing buildings while also building a community center and adding senior housing. Simpson says East Altamonte doesn’t have anything like this right now and he’s excited for the services that will be offered.

“We have a laundry list of stuff but most importantly the activities center which can be a multipurpose room, there could be some medical and health benefit, office space, classrooms, a resource center, but a museum most importantly to preserve that historical aspect of where this school came from and where it is right now,” said Simpson.

It’s something he predicts the entire community will benefit from.

‘We are just excited to see some improvement, some changes being made, a shovel being put in the ground and let’s see what happens next,” said Simpson.

According to a county spokesperson, the next step is to put out a request for proposals and to accept one. That can take anywhere from six to eight months.