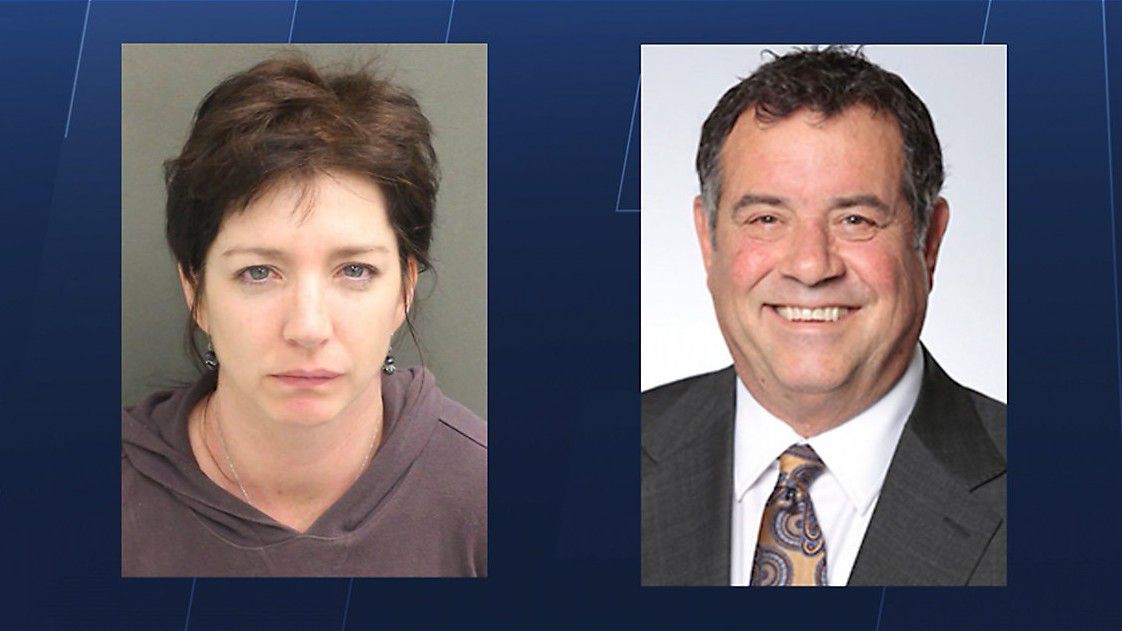 Danielle Redlick (left) has been charged with second-degree murder in the stabbing death of Michael Redlick. (Spectrum News)

The murder trial of a Winter Park woman accused of fatally stabbing her husband in 2019, started Thursday with opening statements and witness testimony.

Danielle Redlick, 48, stands accused of second-degree murder in the stabbing death of Michael Redlick, and tampering with evidence.

Members of the prosecution and defense both agreed that Redlick stabbed Michael, 65, but why she did it, and what happened afterwards, was where their stories differed.

“Danielle Redlick did stab Michael Redlick, and you’re going to hear how she reacted in that shock, in that confusion,” defense attorney Catherine Conlon said.

During opening statements, Conlon told the jury how the couple first began dating.

Michael, who worked as director of external affairs and partnership relations at the University of Central Florida’s DeVos Business Management Graduate Program, was Redlick's step-father.

Years after her mother died, Redlick and Michael began dating. They later married and had two children together.

Conlon said the pair’s relationship was volatile and filled with a history of abuse and cheating.

She told the jury it all came to a head in June 2019, when Michael found a message on Redlick's phone from a man she met on a dating app. She claimed it led to several fights over the course of two days until January 11, when the confrontations became physical and Michael allegedly choked her.

Conlon told the jury that’s when Redlick fought back with a knife and stabbed him once in the shoulder, and then hid in the bathroom.

“Danielle Redlick had no choice but to defend herself because she was afraid she was going to die,” Conlon said.

Meanwhile, Assistant State Attorney Sean Wiggins argued that Redlick "armed herself with a knife," stabbed her husband several times, including his shoulder, and let him bleed to death.

Police records show she called 911 — 11 hours after the stabbing — and claimed Michael had a heart attack and stabbed himself. The prosecution played the audio of the 911 call for the jury.

“The evidence will show from that point forward this defendant did everything she could to avoid responsibility," Wiggins said. "Responsibility, she cleans up the scene, she deletes the text."

The prosecution called on several first responders to testify at the trial.

Officer Carla Sundvall testified that what she saw resembled a horror film with bloody footprints everywhere.

“We had moved the couch and there were some more footprints underneath the couch,” she said.

If found guilty, Redlick faces life in prison. She already rejected an offer from prosecutors to plead guilty to manslaughter and serve more than a decade behind bars.