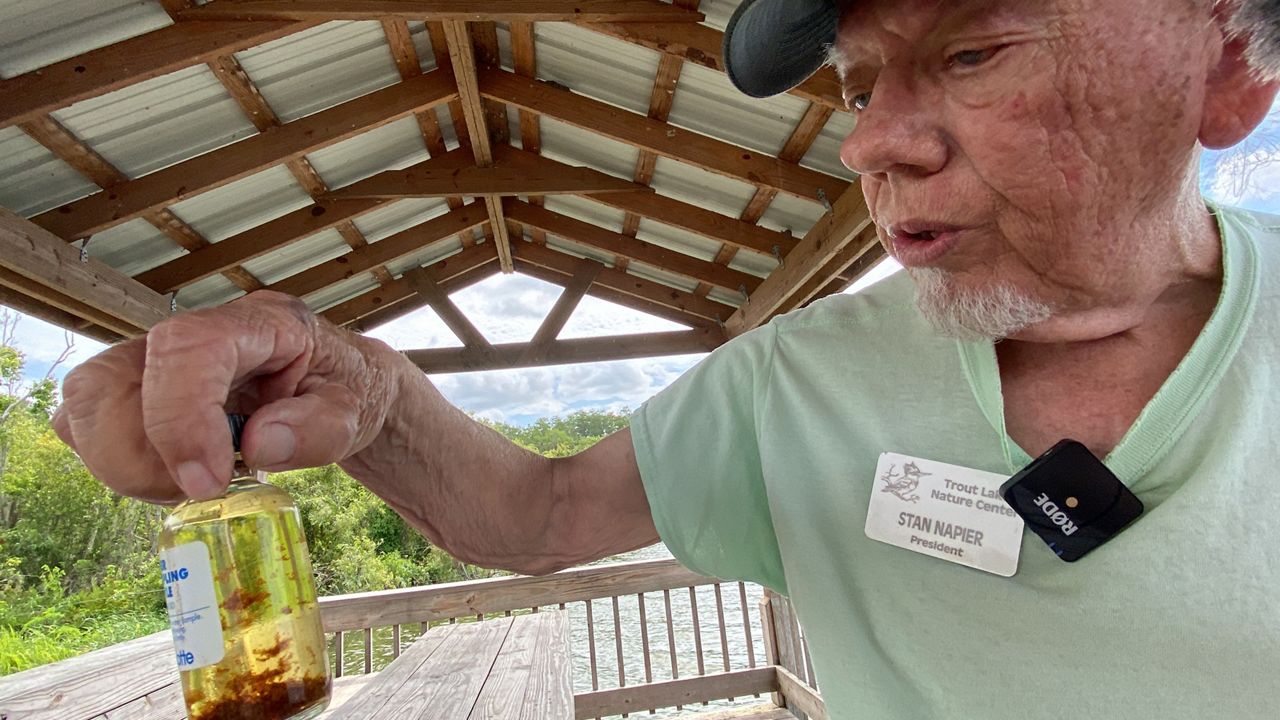 EUSTIS, Fla. — Many experts say it is no secret that many of Central Florida’s lakes are polluted.

Combine the existing situation with the area's exploding growth, and conservationists are urging governmental leaders to manage that growth's impact to the ecosystem, wildlife and the area's drinking water.

In Lake County, experts say it’s a big puzzle to sort out, and local environmentalists are warning local leaders that they need a plan to balance growth with its environmental impacts.

"We’re growing so fast in Lake County — I think we’re the third fastest growing county," said Trout Lake Nature Center director Ellen Tramontana. "There’s going to be huge impacts. We need to look at how we can protect our systems."

The U.S. Census shows that between 2010 and 2020, Lake County's population grew by nearly 30% — the equivalent of more than 86,000 people. Experts say that growth, combined with pollution from fertilizers and everyday runoff, has created polluted, contaminated lakes.

"Originally being from the mountains of Kentucky, I was always interested in water research," said Stan Napier.

At first, as a young man, he dreamed of one day becoming a marine biologist, but soon realized that wasn’t in the cards for him.

"I switched my interest to aquatic ecology", said Napier. "Mainly concentrated on rivers and streams."

He spent a career studying and improving the environment and now volunteers with the Trout Lake Nature Center, testing the water conditions around Lake County and sending the findings to the Environmental Protection Agency.

"It’s value is that it’s an immediate indicator that something might be going wrong in the lake," said Napier.

There is a long list of what the EPA calls "Impaired Waterways" in Lake County, which impacts wildlife and residents' drinking water. Napier tracks the area's water conditions to see if current restoration projects are working.

"We all share the water that’s flowing through the aquifer below our feet," he said. "We owe it to nature for all that it gives us to do what we can."

The Lake County Water Authority has allocated $28 million to fund restoration projects, and has used about $9.4 million on the LCWA Stormwater Grant Program, which helps local city governments start stormwater improvement projects. In the meantime, projects are already in motion to restore the condition of area lakes, but that takes time.

The EPA has a feature on their website called How’s My Waterway — it’s a map anyone can use to check the health of the bodies of water around them. It also gives information on what’s going on in the respective communities.

“It can be hard work to have clean water, and it can take investments," said Tom Wall, from the EPA Office of Water. "That takes time and it takes work."

Officials with the Trout Lake Nature Center say area residents can help by taking part in clean-ups in their neighborhoods, which can help prevent plastics and other toxic material from ending up in nearby waterways.