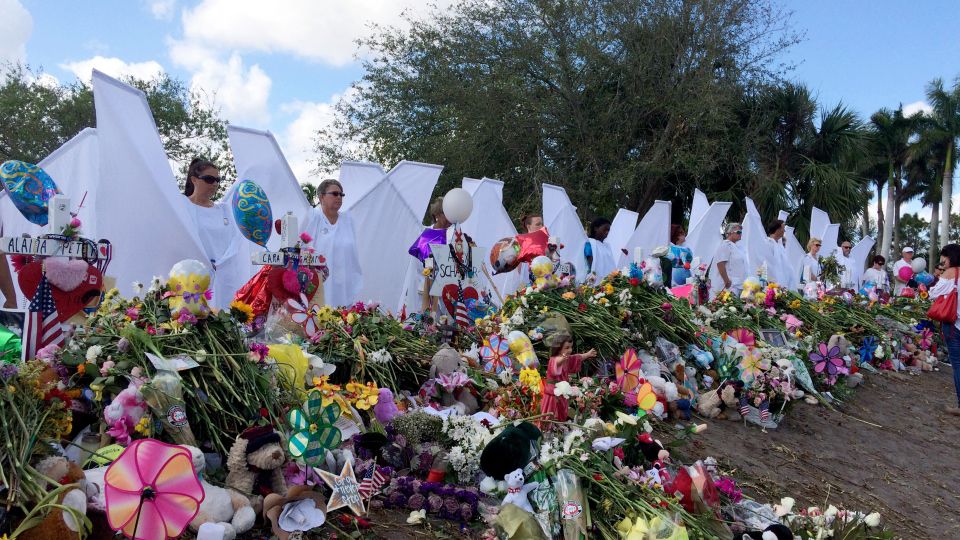 Mass shootings at schools like the one in Uvalde, Texas, this week bring back painful reminders of memorials like this one in 2018 in Parkland, Fla., for parents of the victims at Marjorie Stoneman Douglas High School. (AP Photo)

'They do nothing': Parent of Parkland victim wants Florida lawmakers to get moving in fight against gun violence

LAKE MARY, Fla. — The school shooting in Uvalde, Texas, brings back memories of the Parkland school massacre for many in Florida.

The bulk of Florida’s gun safety measures passed in the months following the 2018 shooting at Marjory Stoneman Douglas High School. They include raising the minimum age for purchasing firearms to 21, creating a school guardian program and developing risk protection orders.

Speaking to Spectrum News Wednesday, Max Schachter — whose son Alex was one of the 17 students killed in the Parkland attack — said every time he sees another mass shooting, it makes him feel like a victim all over again.

"It is really hard to relive this again, all over again," he said. "Every time my phone is ringing off the hook with (people) wanting to interview me, and I feel bad, because it is important to get the story out there because nobody cares about it. Nobody thinks it is going to happen to them."

Tonight on @MyNews13 I speak to Max Schachter who lost his son Alex in the Parkland school shooting at MSD. He says nothing has changed since 2018 because no party wants to work together. He now runs @alexsafeschools hoping to help where he can. pic.twitter.com/96Hox4skFK

Florida firearm law expert Chuck Hughes with Katz & Phillips, P.A., known as The Firearm Firm, says the risk protection orders enacted in Florida are a type of red flag law that are supposed to help prevent these kinds of attacks.

“It does help with regarding those certain cases where maybe this person doesn’t need to have firearms for whatever particular issue they may be dealing with at that time,” he said.

In Texas, lawmakers made 21 the minimum age to purchase a handgun. Other firearms can be purchased at 18.

Experts say the suspected gunman in Tuesday’s shooting could buy his rifle legally when he turned 18.

In Texas, only gun dealers with a federal firearms license require background checks, not private sellers. It’s unclear whether the suspect went to a dealer requiring background checks, but if he did, Texas gun law expert Richard Hayes said the check would have come out clean given the information currently available to the public.

“The suspect in this case had zero criminal history, had no gang affiliations,” Hayes said.

Even with the laws that have passed in Florida since the Parkland massacre, and other mass school shootings, Schachter said it is not nearly enough.

"You've got gridlock, partisan politics," he said. "Nobody will pass any other party's bills and we continue to get shot and killed and they do nothing."