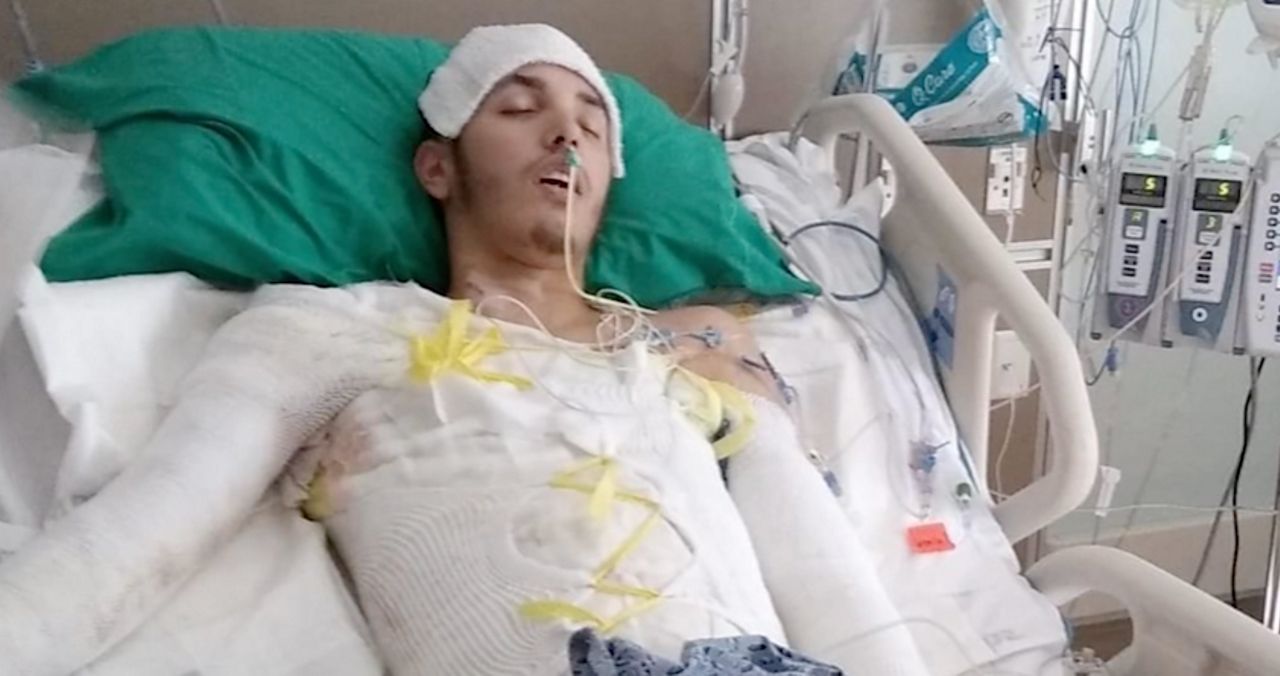 OSCEOLA COUNTY, Fla. – Spectrum News 13 is digging deeper into the use of force by the Osceola County Sheriff’s Office during a confrontation involving deputies and a man at an Orange County gas station in February 2022. For months, we’ve been requesting information surrounding the incident at an Orange County Wawa where a suspect and three deputies were burned during the incident.


The incident happened at the Wawa on the corner of John Young Parkway and Central Parkway on February 27 of this year. Deputies say they were responding to a call of a motorcyclist pointing guns at people. A State Fire Marshal report confirms that a taser deployed by one of the deputies caused the fire. Spectrum News 13's requests for body camera footage from the Sheriff’s Office have not been fulfilled as of press time.

Attorney Mark NeJame is representing Jean Barreto, the man deputies confronted. NeJame is calling for FDLE or the U.S. Justice Department to take over the investigation into the actions Osceola County deputies took that evening. Right now, the Osceola County Sheriff’s Office is leading the ongoing investigation.

NeJame is also questioning why deputies confronted Barreto in the first place. He says Barreto was taking part in a motorcycle ride part of a memorial to a lost friend and was refueling his bike and not running from law enforcement when surveillance video shows a deputy tackling the 26-year-old.  NeJame says Barreto has never owned a gun and has no criminal record, and he says deputies have still have never charged Barreto with any crimes. NeJame also claims deputies did not have jurisdiction since the gas station is five miles inside Orange County.

“Does this not become anything other than vigilante justice, because these deputies in Osceola County become nothing other than civilians in Orange County for law enforcement purposes,” NeJame said during a press conference. “And to then take the law into their own hand without following the policies.”

According to the report from the State Fire Marshal, gasoline pooled onto the ground beneath Barreto and a deputy after the motorcycle was knocked over. The report determined the fire was accidental, but most likely caused by an electric discharge from the deputy’s taser igniting fuel vapor.

NeJame says Barreto is still fighting for his life in the hospital, and he underwent a 14-hour skin graft surgery on Wednesday.