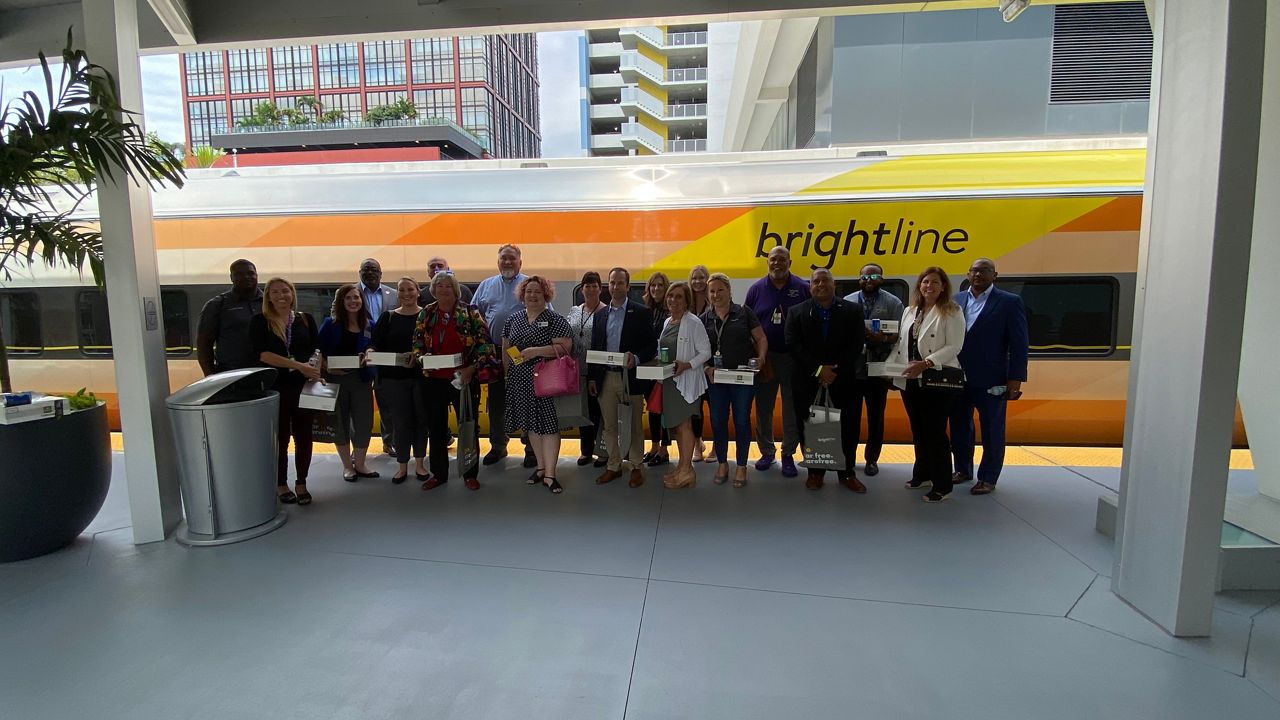 Representatives from across parts of Brevard County toured a Brightline train and multiple stations on Monday, May 16. (Spectrum News/Will Robinson-Smith)

The effort to bring a Brightline stop to Brevard County took another step forward on Monday as a contingency of leaders were able to ride the passenger train from West Palm Beach to Miami and toured the pair of train stations.

The group was comprised of representatives from Cocoa, Cocoa Beach, Cape Canaveral, Port Canaveral and The Viera Company.

They said the goal was to further the dialogue with Brightline and to get an in-person experience with the amenities of the train itself as well as the stations.

Ridership on Brightline trains is split between the following groups: tourists, leisure riders and business travelers.

Angela Essing, the growth and economic development director for the city of Cocoa, said Monday’s trip was a good opportunity to discuss how they can help bring that ridership together in a potential future Cocoa station.

“And so really today was to bring that all together, to bring all three of those data points together to show how they ride the train and how it could be an incredible economic benefit to the Space Coast,” Essing said.

Christine Kefauver, the senior vice president of corporate development at Brightline, said as they look toward the possibility of a station in Brevard County, they are weighing factors such as potential construction costs and prospective ridership.

“We may also have to look at additional trackage because all of a sudden, you start getting so popular,” Kefauver said. “And these are good problems to have, but we’ll figure it out with good engineering and making sure we have enough money to invest in the right infrastructure.”

Kefauver, who worked as the transportation policy adviser for Orlando Mayor Buddy Dyer for seven years, said Brightline's first priority at the moment is to complete the expansion to Orlando International Airport. Construction is set to conclude in 2022, with passengers able to purchase tickets starting in 2023.

“And then we have another station in the Treasure Coast that we have a commitment to. And then after that, we’ll be able to look at our expansion to Tampa and then future inline stations,” Kefauver said.

She noted that the station in the Treasure Coast part of the state is expected to be operational within about five years of the Orlando station coming online.

Brightline began doing qualifying runs for its trains as far north as Cocoa starting in late January. The first of its trains arrived in Orlando less than a month later.