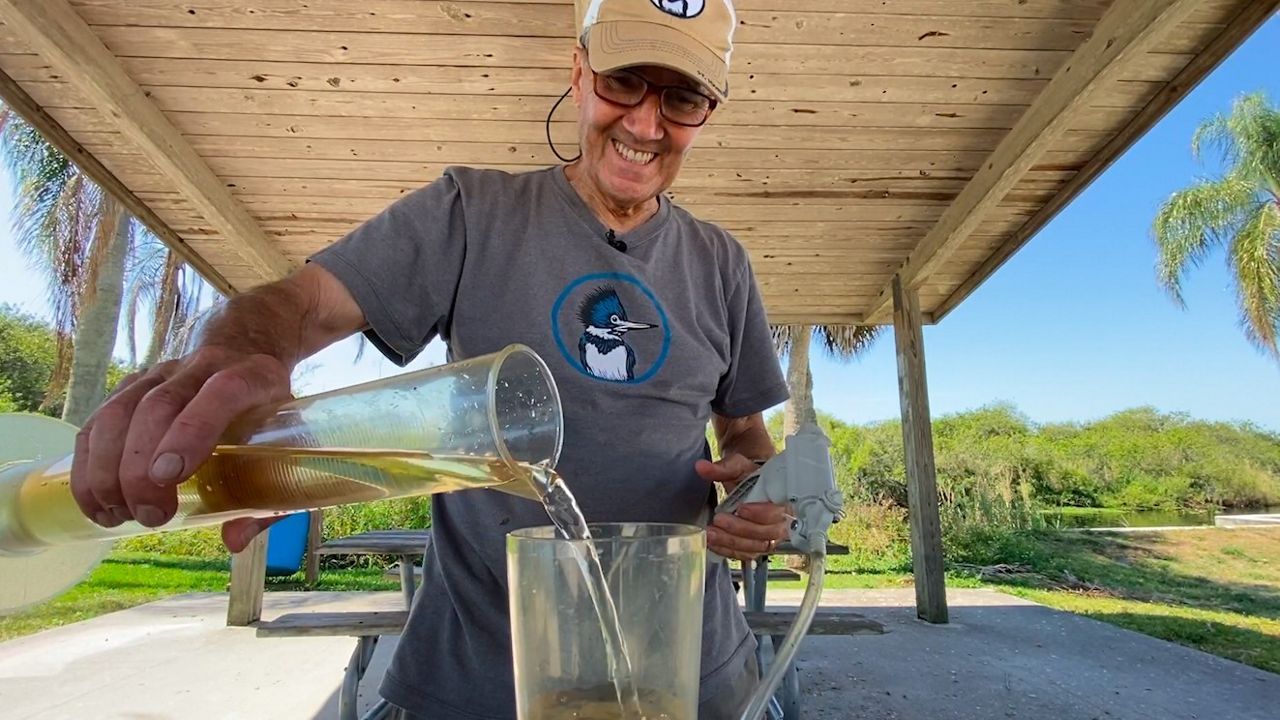 MELBOURNE, Fla. — Volunteers are spending their time on the water to make sure a key waterway is protected for generations to come.

Bill Zoby may be retired, but he doesn't let that stop him from following his interest in the environment.

"Since I retired I haven't worked so hard in my life," Zoby says with a smile. He says these days he's busier now more than ever.

His interest in the environment goes back to when he was in his teens. Growing up in Norfolk, Va., he would take a small boat onto the Elizabeth River.

"All my life I've been around water, I grew up on the Chesapeake Bay," he explained.

Zoby often saw liquid aluminum piped into the river from an auto-making plant. This experience galvanized his passion for protecting water quality. More than 50 years later, he's a volunteer for the University of Florida’s Lakewatch Program and member of the St. John's River Keepers.

And once a month, for the time since 2015, he hops in a kayak and takes water samples and collects data of Lake Washington in Melbourne. Things like atmospheric conditions, water depth and clarity.

In late March based on a sample, the Florida Department of Health issued an alert about a potentially toxic blue-green algae in the freshwater lake. It was the second alert this year.

Two-thirds of Melbourne's water comes from the lake. And it's part of the 300-mile-long St. John's River, which flows north up to Jacksonville.

"It's important that we keep track of what's happening here because everything here heads downstream," Zoby said. "And it affects everything along the way."​

Zoby's measurements also help track the decline of seagrass due to pollution. This seagrass is a major food source for manatees, who are dying in record numbers of late.

"Seems to me we should be giving priority to our freshwater sources because the future of Florida really depends on the availability of freshwater," he told Spectrum News.