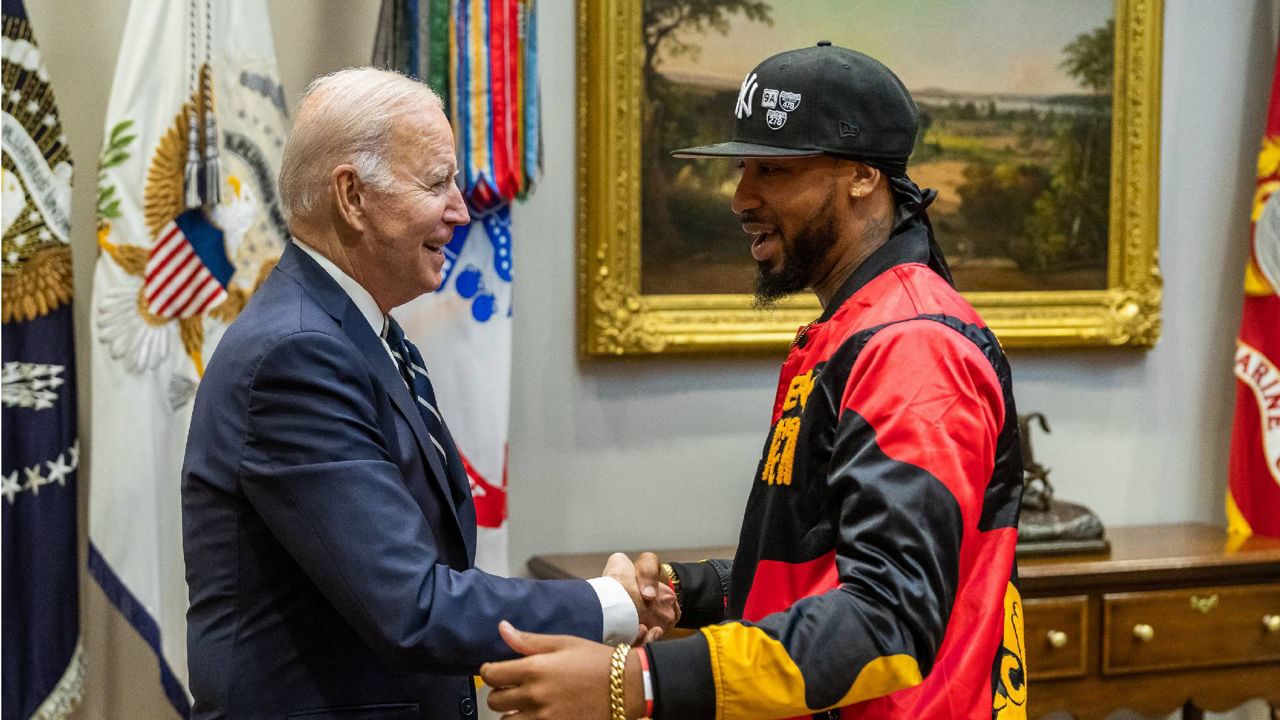 As more workers move to unionize around the country, labor organizers traveled to Washington on Thursday to testify before lawmakers and meet with the president and other top officials, with Amazon in the spotlight as a showcase for the fight to unionize at major corporations.

The movement has also touched companies like Starbucks, REI and dozens of others. Union representation petitions increased nearly 60% in the first half of fiscal year 2022 compared to the year prior, according to the National Labor Relations Board, while unfair labor practice charges increased slightly as well.

It coincides with an ongoing labor shortage and the so-called “Great Resignation.” President Joe Biden has called his administration the “most pro-union” in history, and he launched a task force on organized labor last year that is chaired by Vice President Kamala Harris.

Biden dropped by a meeting Thursday that Harris and task force co-chair Labor Secretary Marty Walsh held with union organizers at the White House, which included Christian Smalls, the leader of the first successful effort to unionize at an Amazon warehouse last month.

Smalls tweeted that the president told him he got him “in trouble.” Biden last month called out Amazon at a trade union conference days after the Staten Island victory, saying: “Amazon, here we come.”

Smalls also testified before the Senate Budget Committee earlier Thursday about Amazon’s resistance to negotiations with the new union.

“We did everything right, pressuring Amazon to recognize our victory and comply with our legal obligation to meet us at the bargaining table. But Amazon is refusing to do so,” Smalls said in his testimony. “To me, it just sounds like the corporations have the control and they control whatever they want. They break the law to get away with it.”

Sen. Bernie Sanders, I-Vt., chaired that hearing on labor practices, publicly calling on the president to ban federal contracts with any company that has broken federal labor laws, as he also urged in a letter to the president last week.

Sanders also specifically pointed to Amazon, which has spent more than $4 million on labor consultants to fight unionization, according to company filings.

The Vermont senator also said there were nearly 60 unfair labor cases against Amazon.

“Start treating your workers with the respect and dignity they deserve. They are the people who made you your billions,” he said.

Sen. Lindsey Graham, R-S.C., who is the ranking member on the committee, called Sanders’ efforts “radical” and pointed to the legal process to challenge companies’ labor practices and debar them from federal contracting.

“Every time I turn around, you're having a hearing about ‘anybody that makes money is bad,’” he said. “There's a process in this country if you feel like the law has been violated.”

That defense was partially echoed by Democratic Sen. Tim Kaine, whose state of Virginia is in the process of garnering 25,000 jobs from Amazon’s second headquarters, which is being built in the northern part of the state.

“Not everybody hates their jobs at Amazon,” he said. “Northern Virginia and Virginians are very excited about it.”

“Democrats — if we want to love jobs, we’ve got to also work with those that are building companies that create jobs,” Kaine added.

Asked whether the Biden administration was considering a ban on federal contracting with companies that violate labor laws as Sanders wants, Labor Sec. Walsh told Spectrum News that it was too early to make such a sweeping decision, and he noted it was important to work with companies to come to collective bargaining agreements.

“I think we’re still in the very early days of this organizing drive,” Walsh said. “These workers have decided to unionize and I would encourage these companies to sit down at the table and begin negotiations with them.”

Walsh and Harris on Thursday listened to union leaders from a range of industries about why they organized and how they did it, including the benefits like health care and wages they’re calling for, according to a White House readout of the meeting.