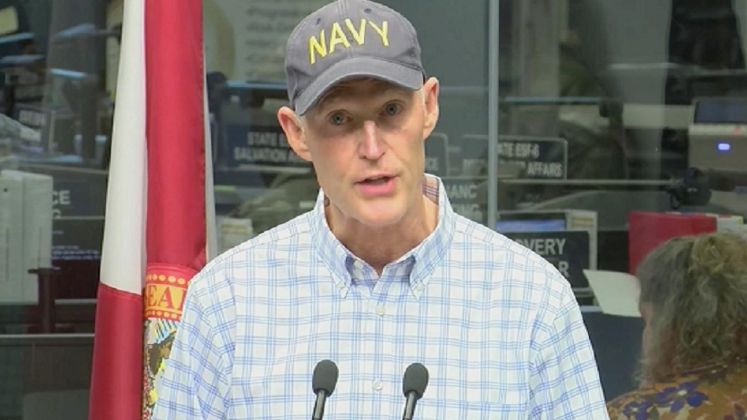 WASHINGTON — For months, Democrats have been railing against what Sen. Rick Scott calls his "11-Point Plan to Rescue America."

This week, President Joe Biden joined the debate in a big way, repeatedly seizing on a provision of Scott’s plan that says, "all Americans should pay some income tax."

Scott, the quarterback of the effort by Senate Republicans to win back the majority, stands by his proposal.

Biden, though, took aim at Scott’s plan for a Republican majority twice on Thursday.

"We have a very different view than Sen. Scott and Republicans that want to raise taxes on the middle-class families and want to include half of small-business owners in that," Biden said.

"The Republican plan, led by Sen. Rick Scott of Florida, chairman of the National Republican Senatorial Campaign Committee, would tax half of our small-business owners an extra $1,200 a year on average," Biden added later on.

Scott released his plan two months ago, as a blueprint for Republicans to win back the Senate majority in November.

But, he immediately faced heat from Democrats and even some Republicans, for a section that says: "All Americans should pay some income tax to have skin in the game, even if a small amount. Currently over half of Americans pay no income tax.”

After Biden made an issue of it Thursday, the Florida senator fired back.

"Joe Biden is clearly obsessed with my plan to rescue America and very confused about his own agenda that is devastating American families," Scott said.

The White House also created its own report titled, "The Small Business Boom Under the Biden-Harris Administration" criticizing Scott's proposal.

Critics have jumped on another part of Scott's plan, which says all legislation should sunset after five years.

Democrats say that provision would put Social Security and Medicare in jeopardy.

Even the top Senate Republican, Minority Leader Mitch McConnell, has distanced himself from Scott's plan.

Despite the criticism, Scott is standing by his proposal, saying he's a "proven tax cutter" while claiming that Democrats are pushing the country into an economic recession.

"When we win in November, we're going to have a team, so what's our plan?" Scott told Spectrum News on Tuesday. "I want to make sure we have a plan to get something accomplished. So we secure our border, so we get this inflation under control, so we become energy independent."

Democrats have started criticizing Scott’s plan in campaign ads, and considering the president’s comments this week, it appears they plan to continue the attacks.