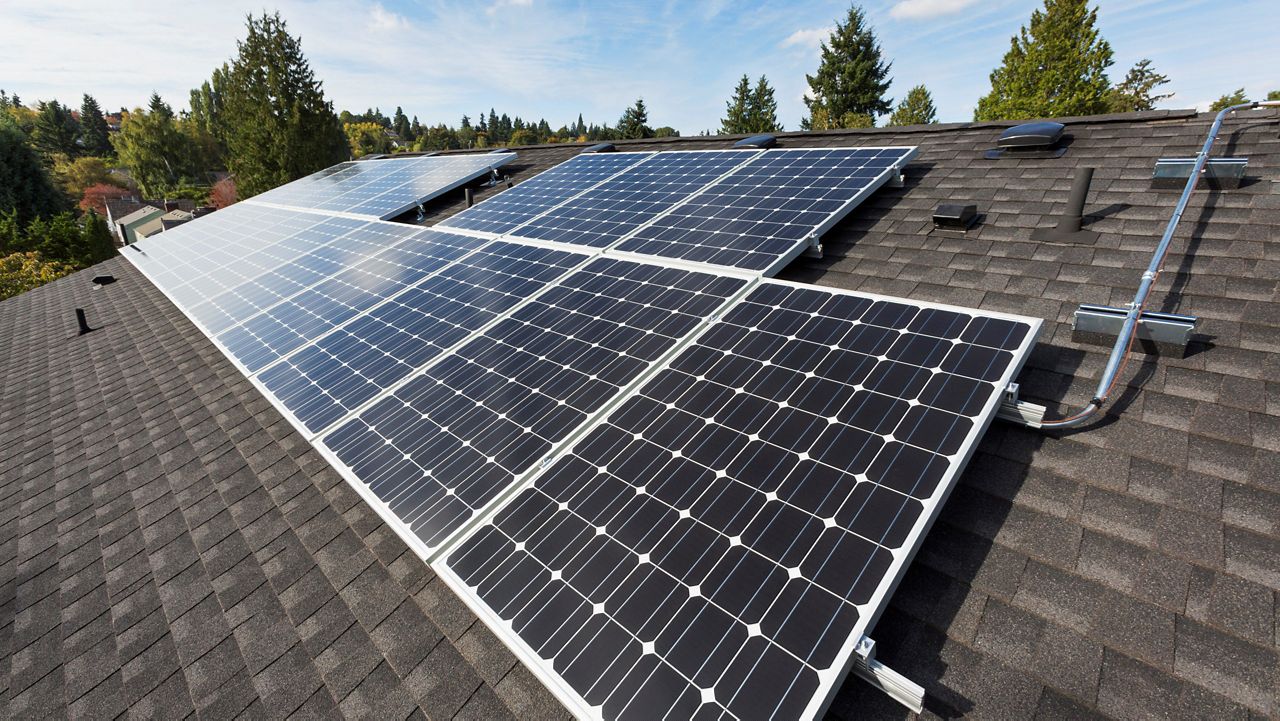 Florida Gov. Ron DeSantis vetoed Wednesday a bill that would have changed the way residents with rooftop solar installations would be billed by utility companies in the state. (File Photo)


Citing inflation in his veto letter, DeSantis said the bill would create costs that would be "borne by all customers."

"Given that the United States is experiencing its worst inflation in 40 years, and that consumers have seen steep increases in the price of gas and groceries, as well as escalating bills, the state of Florida should not contribute to the financial crunch that out citizens are experiencing," he wrote.

If signed into law, the bill would have allowed utility companies to give rooftop solar users less money for any excess energy they produce. 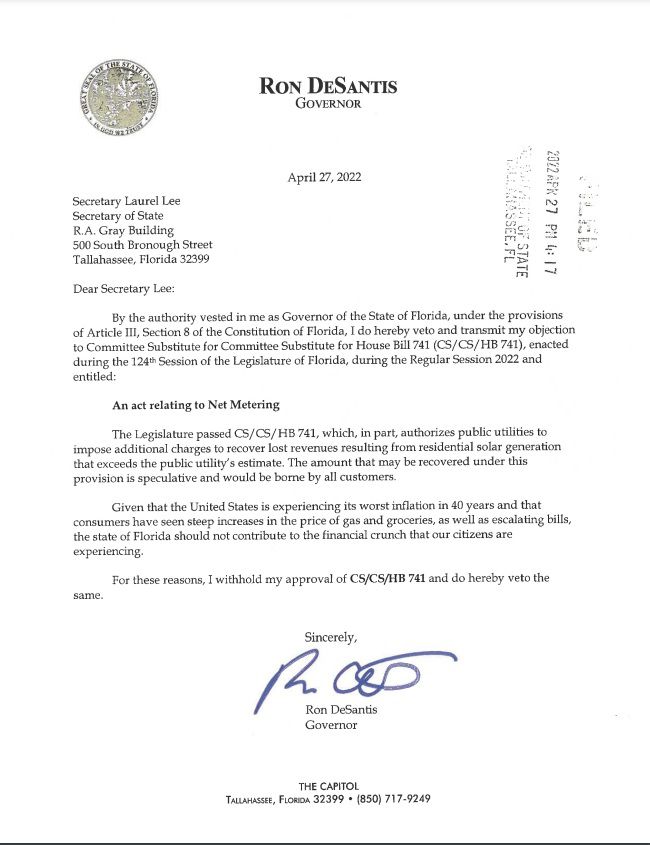 It would have allowed utility companies to pay rooftop solar users less money for power they generated and returned to the utility’s grid.

Right now, those solar users get full retail rate for excess energy they generate and send back to the grid, which means they can bank that energy as credits to use on future utility bills.

"I got goosebumps, honestly got weak in the knees because this was a bombshell for us. When the bill first came out in December, it was out of left field, and it was catastrophic in its first form," said Blake Ambrester, owner of Solar Beal, LLC in reaction to today's announcement.

"Our revenue, our process is driven on the back of net metering. Net metering is how solar customers get a credit for the solar energy they produce. So, if that were to go away, the solar panels essentially become a paperweight on your roof," said Ambrester.

"I wouldn't say business was at a standstill, but people were certainly concerned. You know, they didn't want to make a decision, a financial decision for their future, not knowing what the future holds."

Florida Power & Light spokesperson Chris McGrath released a statement saying, "At FPL, we are always working to deliver clean, reliable energy while keeping customer bills affordable. We remain committed to finding a more equitable net metering solution for all Floridians. FPL is leading the nation's largest solar expansion and we will continue to advance solar that is cost-effective for all our customers."

The bill's supporters argued the move was necessary to ensure Floridians who don't have rooftop solar aren't subsidizing those who do. Critics said it would be a bad move for the solar power industry — which employs an estimated 40,000 people statewide — and for the environment.

This is a developing story and more information will be posted as it becomes available.