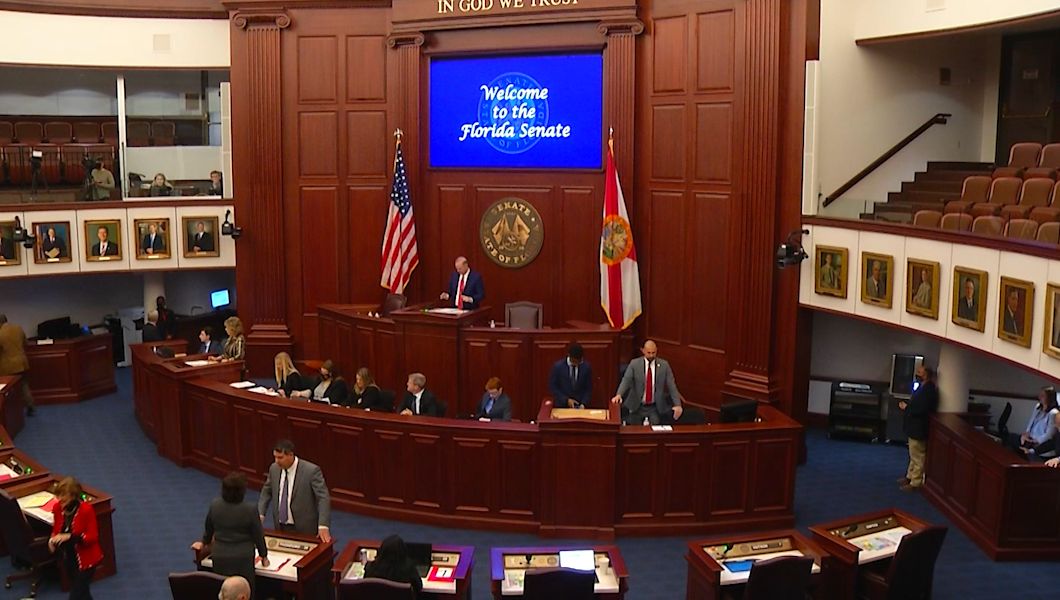 STATEWIDE — The Florida Senate passed the "Individual Freedom" bill, also known as the "Stop W.O.K.E Act," in 24-15 vote on Thursday.

In a nutshell, CRT is a complex legal theory asserting that racism and discrimination are embedded in America's history and legal system.

But Butler says he had no plans to present anything related to CRT.

He said he worries this bill may have a negative effect on the teaching of important historical facts about Black Americans and civil rights because of school districts acting out of an overabundance of caution.

"How can you have a Black History Month essay writing contest, when you're afraid to teach the truth of what the civil rights movement was for fear of a making a student 'uncomfortable?' " he said.

Lawmakers who back the bill said this is not the intent of the bill.

Just last month, Florida Rep. Joe Harding (R-Ocala) said there is nothing in the bill that prohibits a teacher from talking about current or historic events.

But Butler says what happened to him is an example of the potential consequences of the bill, even though it was not the intent. He said he worries this will lead to more sanitization of history.

Butler said it would not be taught at the public school level because it is a complex legal theory most often taught in graduate programs.