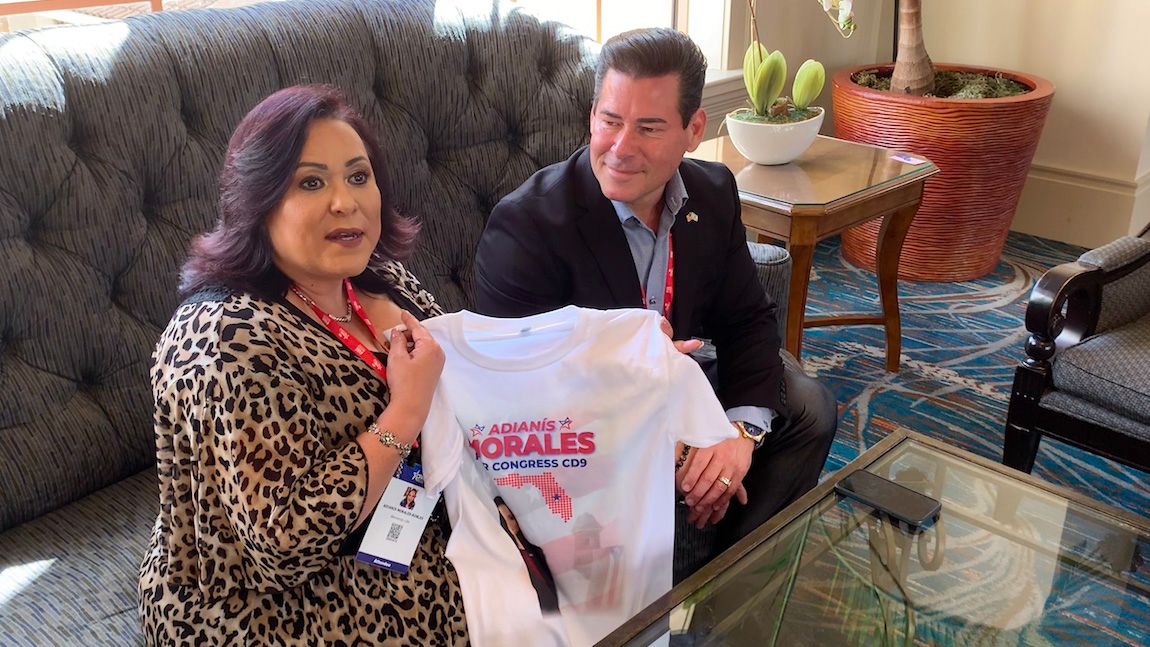 CPAC 2022: A woman's perspective in the Republican Party

ORLANDO, Fla. — Sunday is the last day of CPAC, the largest conservative convention in the country.

The four-day event brought together thousands of people, and Republican leaders like former President Donald Trump and Gov. Ron DeSantis.

Many of the convention’s sessions focused on women within the Republican Party and the issues they would like to see addressed.

Adianis Morales-Robles feels women within the Republican Party are being empowered, and the role women play is more important than ever.

“I think the eyes of the nation are upon women and definitely a very exciting time,” says Morales-Robles.

Faith, freedom, and family are the core values that drive Morales-Robles and her husband Joey Robles Levy. The two are pastors in Osceola County.

For Morales-Robles, getting involved in politics wasn’t her plan when she moved from Puerto Rico. Her focus was on faith, but it was a call from a Hispanic organization to help with voter registration that opened her eyes to the important of educating potential voters about party platforms.

Morales-Robles says as a woman of faith, aligning her vote with biblical values is essential. It’s a message she shares during her outreach efforts.

With critical mid-term elections this year, Morales-Robles is ready to make even more of a difference- as a woman, a pastor, and now a candidate for Congress in Osceola County.

“If someone like me — a pastor, which normally, pastors are not involved in politics — can walk and work for your community as it is established in the Bible, you can do things above and beyond,” says Morales-Robles.