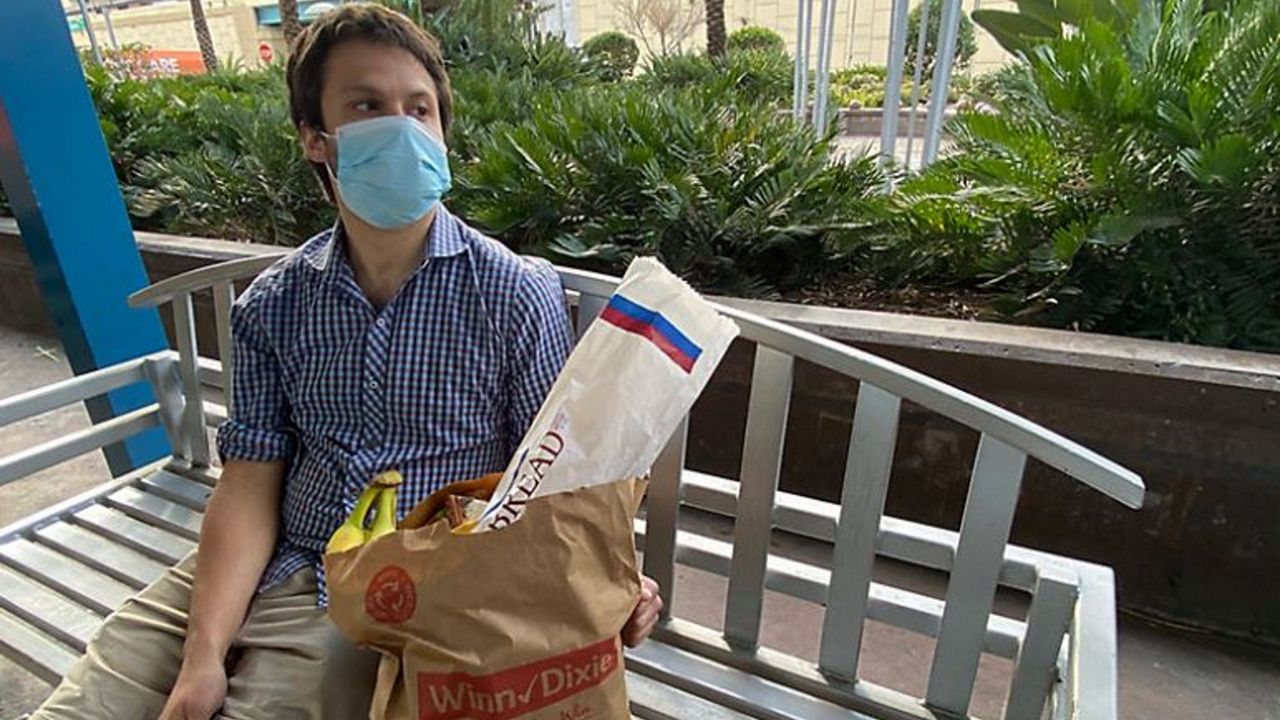 Naqiy Mcmullen waits for a bus transfer at Orlando's Lynx Central station downtown, after missing his connection by about 30 seconds. (Spectrum News/Molly Duerig)

“We need to provide frequent bus service, but we also need to combine that with the right zoning to build apartments next to the buses, so they get enough ridership to sustain high service,” said Naqiy Mcmullen, leader of Central Floridians For Public Transit.

The group advocates for public transportation to be fast, frequent and convenient, according to its website. But right now, many passengers say Orlando’s transit systems are anything but.

Most Lynx bus routes aren’t direct, Mcmullen said, requiring passengers to make quick transfers without much of a grace period if buses run late. Since buses typically only come once every half hour — and less frequently on the weekends — one 30-second delay could derail a passenger’s schedule by hours. 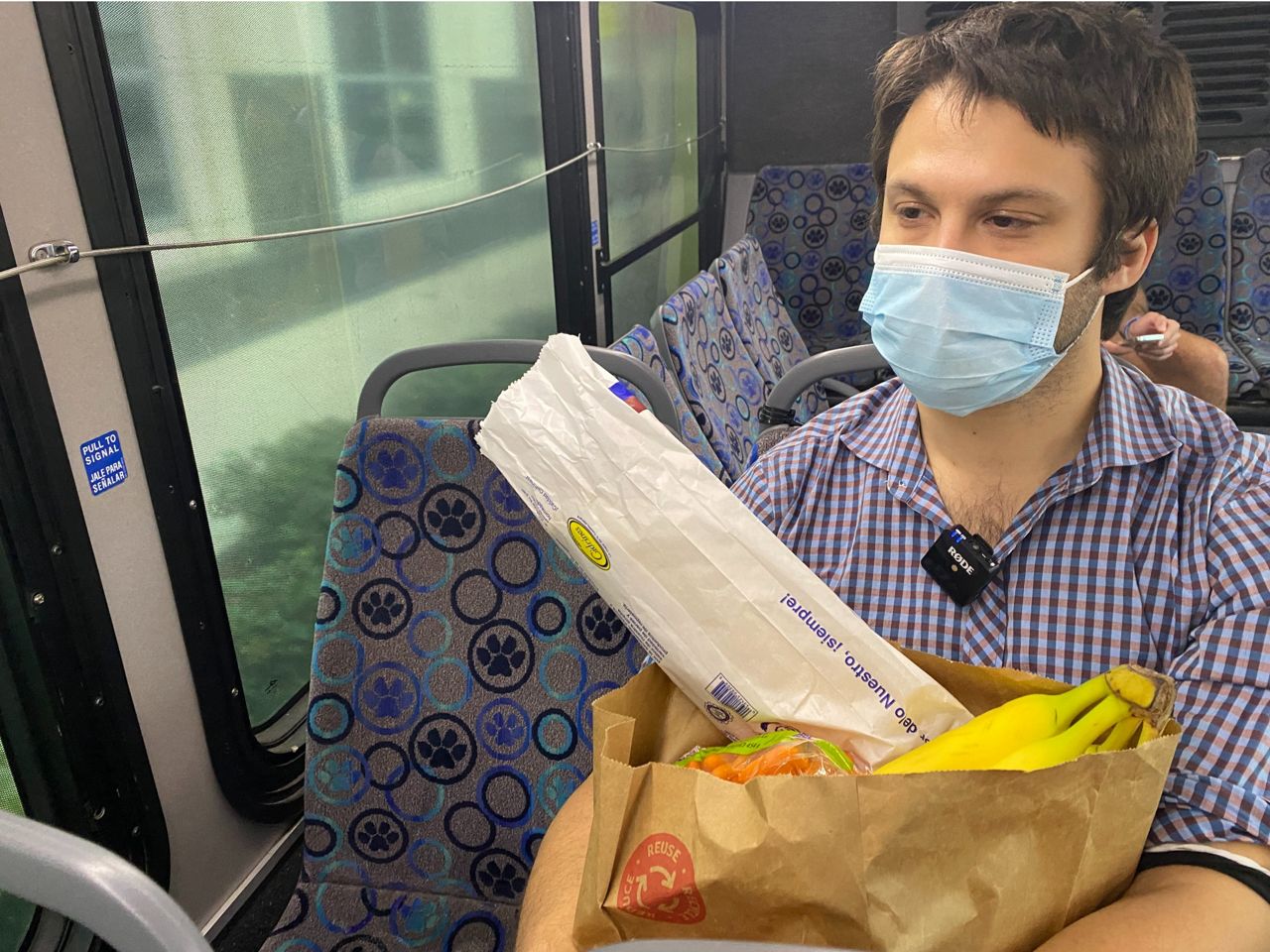 Funding more buses and stops could help cut down on passenger wait times, but Mcmullen said there’s an even bigger problem, one a higher sales tax alone can’t fix: the bus routes themselves.

Currently, many routes cut through neighborhoods zoned exclusively for traditional, single-family homes, Mcmullen said — areas where residents tend to own cars and not rely on public transit.

“Single-family home [areas] just do not have the population density to support transit use,” Mcmullen said, echoing public policy research that shows it’s not cost-effective to build up public transit in areas where fewer people live. On the flip side, Mcmullen said, expanding bus routes and stops near apartment communities would be a far more efficient use of public funds.

The problem, though: in many places, land use regulations make it illegal to build multifamily housing, like apartments, duplexes and townhomes. Only single-family homes can be built in many residential areas, including Mcmullen’s Azalea Park neighborhood and other areas near downtown Orlando.

It’s a situation mirrored throughout the United States, where in many cities, the bulk of residential land can only be used to develop single-family homes. That means far fewer people can live in those areas — or take advantage of public transit systems serving them.

Zoning restrictions can be loosened, a process called upzoning. But often, single-family home residents don’t want that to happen; they fear more diverse types of housing would cause their property values to plummet, especially if lower-income people move to the area.

New Brookings Institute research shows no substantial income-level difference between single-family neighborhoods and neighborhoods with more diverse types of housing. In some upzoned areas, a wider range of development options could even help increase land values.

“Transportation is critical to affordable housing because you begin to have an option not to own an automobile, if the transit system planned for that area is successful,” Vargas said. “You’re able to set aside those expenditures for housing needs.”

Better public transit would also help attract big companies to Orlando, Mcmullen said: “If we want to be economically competitive with other cities across the country, we need to invest in transit for everyone.”

Together, upzoning and expanding Orange County’s public transit would be a boon for local workers, according to Mcmullen and members of Orlando YIMBY (Yes In My Backyard), an advocacy group that wants to “legalize housing” in Orlando. Both groups want the county to focus on upzoning as it develops its new Orange Code, described by the county as “a radically simplified and sustainable way to govern how land is developed.”

The county should upzone around transit stops to support ridership, Mcmullen said. Alternatively, “if we spend all this money from the transit tax without building apartments, it’s going to be a waste of taxpayer dollars,” he said.

Mcmullen says a variety of transportation and housing options would benefit Orlando’s quickly growing population, which is expected to continue growing by about 1,500 people a week until 2030, according to the Orlando Economic Partnership.

A public review period for Orange Code is projected to end this July, according to the county, with full adoption of the final code slated for the following summer.

You can learn more about zoning in Orange County here, and also check out the county's Vision 2050 plan, which includes Orange Code.