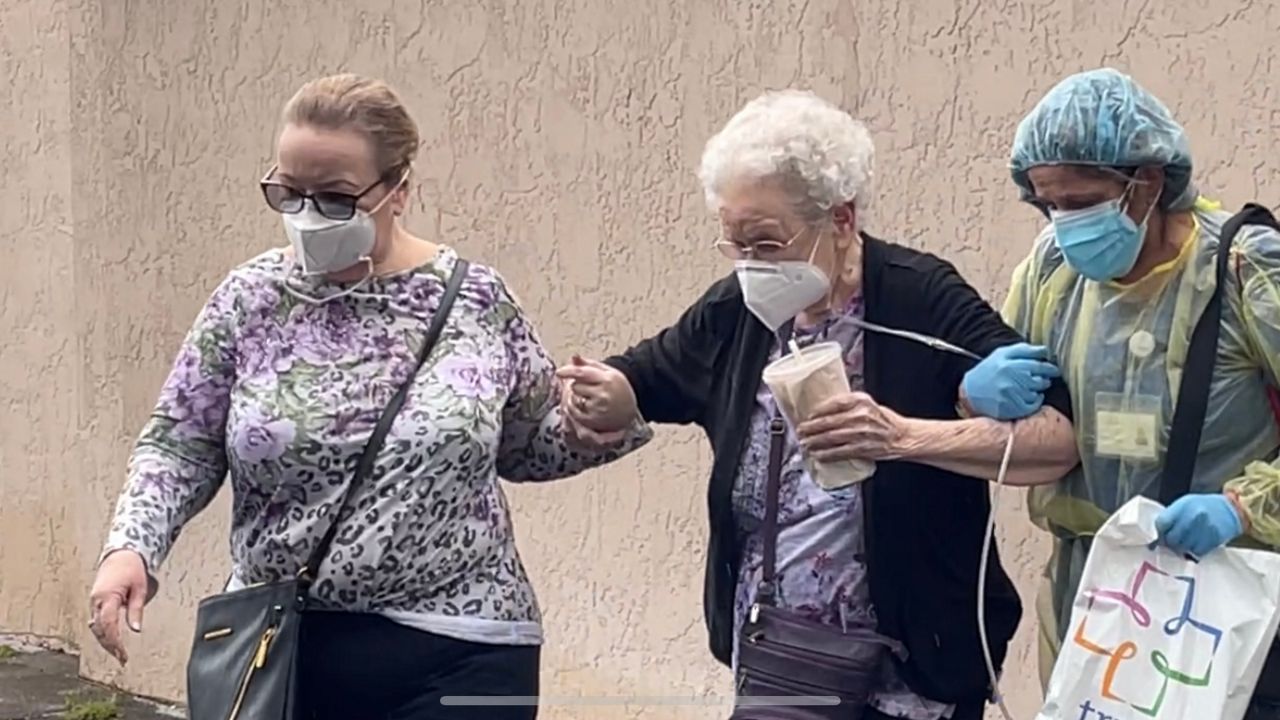 SEMINOLE COUNTY, Fla. — After the FDA’s decision to remove authorization for Regeneron’s use, an antibody infusion treatment center in Seminole County was able to continue treating patients with an antibody treatment that’s still considered effective against Omicron.  On Tuesday, True Health switched to administering GlaxoSmithKline produced Sotrovimab instead.

Chief Medical Officer Dr. Karenna Senors says True Health was able to pivot fast to the other antibody treatment thanks to pre-planning back in the fall.

“Our pharmacy director said you know, maybe we should order a little bit just in case the variants change, and so we were going ahead and already starting to order,” said Dr. Senors.

Melissa Stuck says in her family, it’s all about being together to celebrate life’s important moments.  So when she recently got COVID, despite her best efforts to prevent it - her elderly mother got it too.

“I care about my mom and I hated that I had given it to her,” said Stuck.

Stuck went to True Health’s Seminole County antibody infusion center last week and was treated with Regeneron, which the FDA has now said is not effective in treating Omicron.

“I had the cough and the body aches, and I got the Regeneron, and within two days I was feeling a lot better,” said Stuck.

Stuck’s mother came in after the FDA’s decision, so she was treated with the new antibody treatment True Health is now using – Sotrovimab.  Stuck hopes her mother will soon start feeling better like she did.  But she believes people shouldn’t be restricted from using Regeneron, or any antibody treatment there is a supply of.

“As long as it’s not hurting anybody they should be able to try it if they want to,” said Stuck.

Dr. Senors realizes there will now be a greater demand for Sotrovimab, so she’ll be keeping a close eye on the supply.  She says True Health is getting a lot more calls about that treatment now.