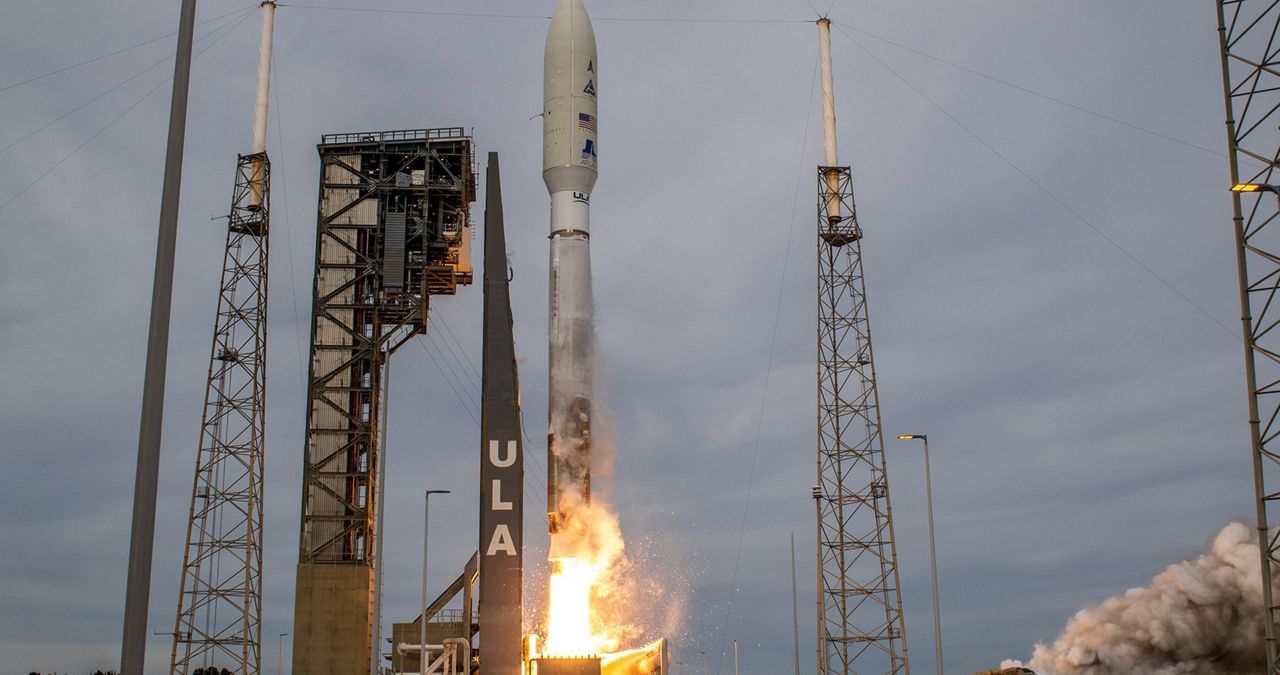 By Will Robinson-Smith and Spectrum News Staff Brevard County
SHARE

The satellites, which support the U.S. Space Command space surveillance operations, will improve safety by warning spacecraft about nearby objects. This is the first launch of the year from the Space Coast with a national security mission.

“With the single SRB, it’s pretty unique where we have that lopsided thrust when we’re coming off the pad," ULA trajectory engineer Thomas Scruggs said. "And so, the RD-180, which is the main engine on the Atlas V, actually has to gimbal to adjust for that thrust that’s coming off the side. And so, we’re able to trim it out and fly perfectly well to get to our target orbit.”

Beyond the liftoff being abnormal and tricky, ULA performed what’s called a “direct-insertion geosynchronous launch,” which means that its sends the satellites to exactly where they need to orbit. It will be several hours after launch before they actually reach that spot.

The last time ULA had had to do that was for another national security launch: the STP-3 mission last month.