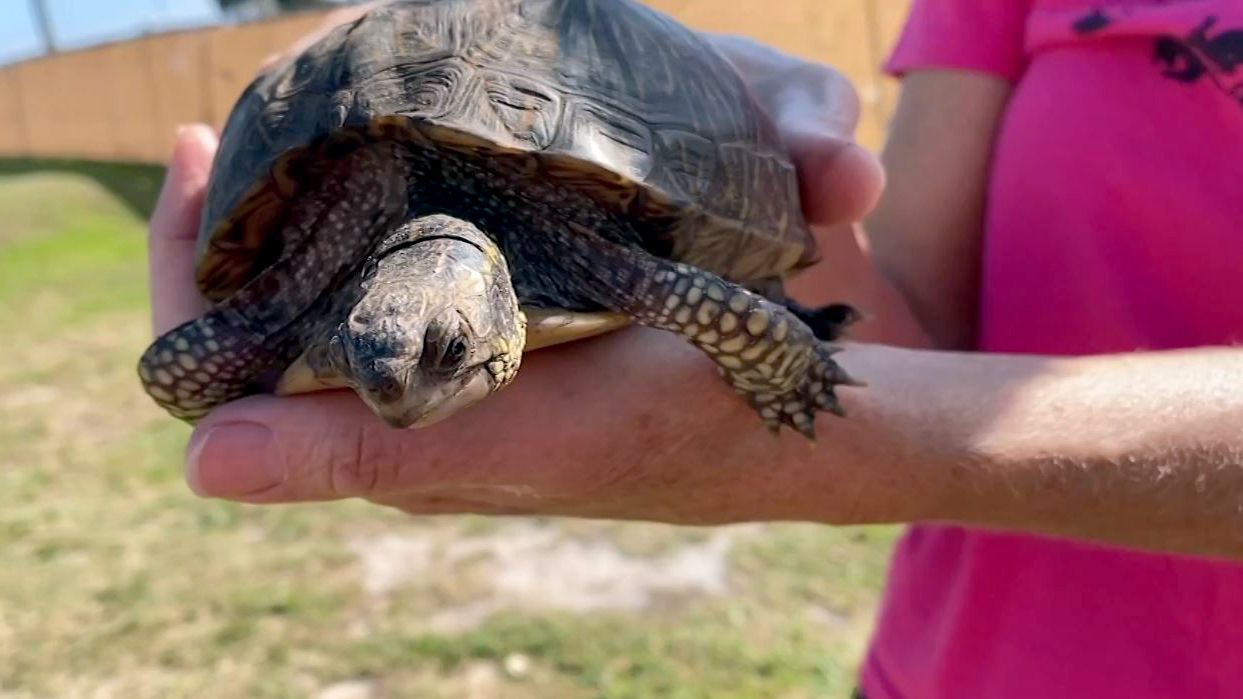 Volunteer Josie Quiroz holds a tortoise being treated at the Florida Wildlife Hospital, a nonprofit strugging to find volunteers and donors during the pandemic. (Spectrum News 13)

Nonprofits have been struggling during the pandemic as donations are down and they struggle to keep enough volunteers to operate.

One Brevard animal hospital is just trying to keep up with demand.

"He was just there on the side of the road, I felt so bad for him," the person who brought in the bird told her.

"We rely on the public if they can, safely capture the animal that's injured or orphaned," Quiroz said.

She served her country for 20 years in the U.S. Air Force, but after moving to the Space Coast to work towards retirement, she began to serve in a different way.

"I've been known to be called the crazy gopher tortoise lady," she said with a laugh. "I seem to discover their burrows everywhere."

After several years bringing injured wildlife to the Florida Wildlife Hospital, she made good on a promise to become a full time volunteer once she retired.

Her job involves things like helping care for hurt wild animals brought in by a caring community.

"The mission here is just wonderful, that we can provide this service for animals," Quiroz said. "It has been a struggle these past two years, although people have been generous in these trying times for everyone."

The hospital broke a record in 2021 by helping more than six thousand patients.

But of late, due to ongoing financial strains of the last two years caused by the COVID-19 pandemic, the hospital, like so many other nonprofits, has seen donations dry up.

The hospital is mainly supported by donors, who commit to giving the same amount each year.

Only a little more than 50% of their donors have given compared to 2021.

A yearly $1,000 donor told them he couldn't help this year because he needed the money for this family.

Their challenge mirrors what nonprofits are going through across the state.

According to Florida Nonprofit Alliance, a late 2021 survey of 1,565 nonprofits found that 53% had a decrease in revenue, and 48% saw their budgets shrink.

Half of state's nonprofits also saw their fundraising cut in half.

At the same time, though, 38% of Florida nonprofits saw an increase in for demands in service.

"The red shouldered hawk we just took in was our 94th patient already this year," Quiroz said.

Hospital officials are worried that without funding and even more demand for their services, they may have to start turning away animals.

But Quiroz and fellow volunteers say they will keep doing what it takes to help as many as possible.