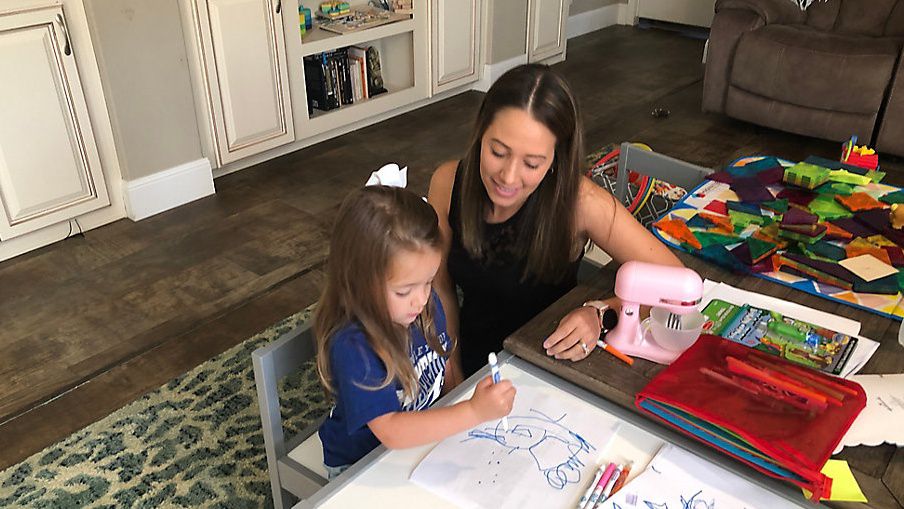 Brooke Christofides (right) says it's time for the Legislature to require insurance companies to expand coverage for hearing aids for children.

TAMPA, Fla. — Brooke Christofides says that it was “devastating” for her and her husband to learn shortly after her daughter Eliana was born that she had been diagnosed with moderate to severe hearing loss.  But there was an added shock when she learned that they would have to pay around $7,000 out of their own pocket for hearing aids for Eliana because their insurance carrier didn’t provide such coverage.

“When the time comes, you think that it’s going to be fully covered for her to have these hearing aids that are medically necessary for her to hear,” Christofides told Spectrum Bay News 9 on Tuesday. “And you find out that they’re not covered. And it’s just kind of heartbreaking and you have to figure out what you’re going to do.”

That dilemma for such parents would be a thing in the past if a bill being co-sponsored in the Florida House by Pasco County Republican Ardian Zika (HB 79) gets through the Legislature this session. The proposal would require an individual health insurance policy or HMO contract to provide coverage hearing aids for people 21 and under who have been diagnosed with a hearing loss by a licensed physician or a licensed audiologist. The policies would be required to provide a minimum coverage limit of $3,500 per ear within a two-year period.

Roughly half the states in the country (24) mandate health benefit plans to provide coverage for hearing aids for children. Those requirements range from authorizing coverage of a hearing aid every two years to every five years. Some of those states include caps on the amount that insurers must pay, ranging from $1,000 to $4,000.

Similar bills have been introduced in the Legislature since 2018, but haven't moved in the lower chamber.

“We’ve had tremendous support in the Senate. Our struggle has been getting a hearing in the House,” says Terri Fisk, president of the Florida Coalition for Spoken Language Options. “We know that we have a lot of support from representatives in the House, both for this bill and children in general. So we’re really helpful that House leadership will allow it to have a hearing in that chamber.”

Fisk says that Medicaid, TRICARE and some private health insurance companies do provide such coverage in Florida. She says if the bill is passed and signed by Governor DeSantis, approximately 460 children in the state would get immediate access to hearing aids.

The companion bill in the Senate is sponsored by Ocala Republican Dennis Baxley (the other co-sponsor of the House bill is Republican Chuck Brannan), and it will get a hearing in the Senate Banking and Insurance Committee on Wednesday morning.

Christofides says that hearing aids need to be replaced every three to five years, so unless the law changes soon her family will once again have to dig deep to provide for her daughter.

“We’re facing about a $5,000-$7,000 expense when the time comes for her to purchase new hearing aids,” she says. ”So that’s an expense that we have to plan for over the course of her life. Every three to five years.”

Christofides praises the Legislature for their financial support for high quality auditory-oral programs which provides a variety of services to children with hearing loss. "[Eliana] is able to listen and speak, and we’re truly grateful that those services have helped her. She’s excelled because of it,” she says. “But in addition to that, in order for those services to be beneficial, she needs to have access to sound. And that requires hearing aids.”