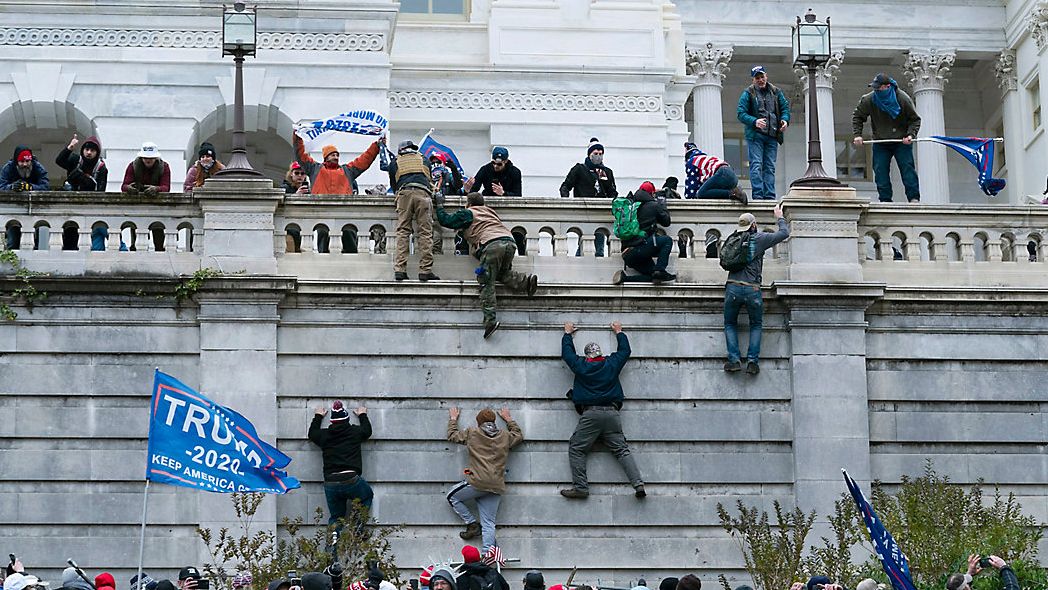 On the heels of the anniversary of the January 6 United States Capitol insurrection, one Florida representative reflects on what it was like to witness the chaos up-close.

He says not only was this the most violent insurrection in the nation’s history, but people may not realize just how close the insurrectionists came to destroying the democratic system that day.

January 6, 2021 was supposed to be a day that followed protocol to a tee – count the electoral college votes and officially certify Joe Biden as the next president of the United States.

“I thought I was sitting in the safest place on Earth," said U.S. Representative Darren Soto.

On a day built on the very foundation of the United States system of democracy, the foundation was shaken when protests outside, surrounding former President Trump’s loss, started to advance.

“'Something is terribly wrong' is what’s going through my mind," Soto said. Rep. Soto said he was inside the chambers, when he heard the angry crowds drawing closer.

“We saw most of the chamber get evacuated and they started barricading the doors and you heard huge banging noises, because at that moment, the insurrectionists had reached the chamber, and secret service had to barricade the front doors, and increasingly other doors around the chamber," he said.

At that moment, he said there was a powerful, emotional shift. “There was shouting, there was fear, because everybody is very surprised," said Soto. "You know, we’re in the chamber, which is in the Capitol. It seems like there were a lot of places that had to fall for insurrectionists to get to that area.”

Then, their anger turned to violence.

“The intent was clear, it was to do us harm, to stop the electoral college session, and to overthrow our democracy," said Soto. "I definitely thought ‘wow, I could really die today.’”

Soto said as lawmakers were evacuated, insurrectionists came close to taking the boxes containing the very materials needed to certify the election results.

“Imagine those boxes are taken, now you don’t have the official documents for us to have a transition of power, because they’re destroyed. You see how quickly this thing could have unraveled," he said.

But ultimately, "they failed, and next time it will be a much more prepared response," Soto said. "I don’t think most American citizens will ever know how close it was to us losing our democracy. Because we are the greatest democracy on the planet.”

House Speaker Nancy Pelosi has planned several events around the Capitol on the anniversary including a moment of silence, a forum for lawmakers to share their experiences and a prayer vigil.

The anniversary comes as the House select committee investigating the attack prepares to go public with findings.

Committee members have said they hope to present more of their work in a public setting this year, which would include hearings that outline the story of what occurred on January 6. The specific timing of these hearings has not yet been set.