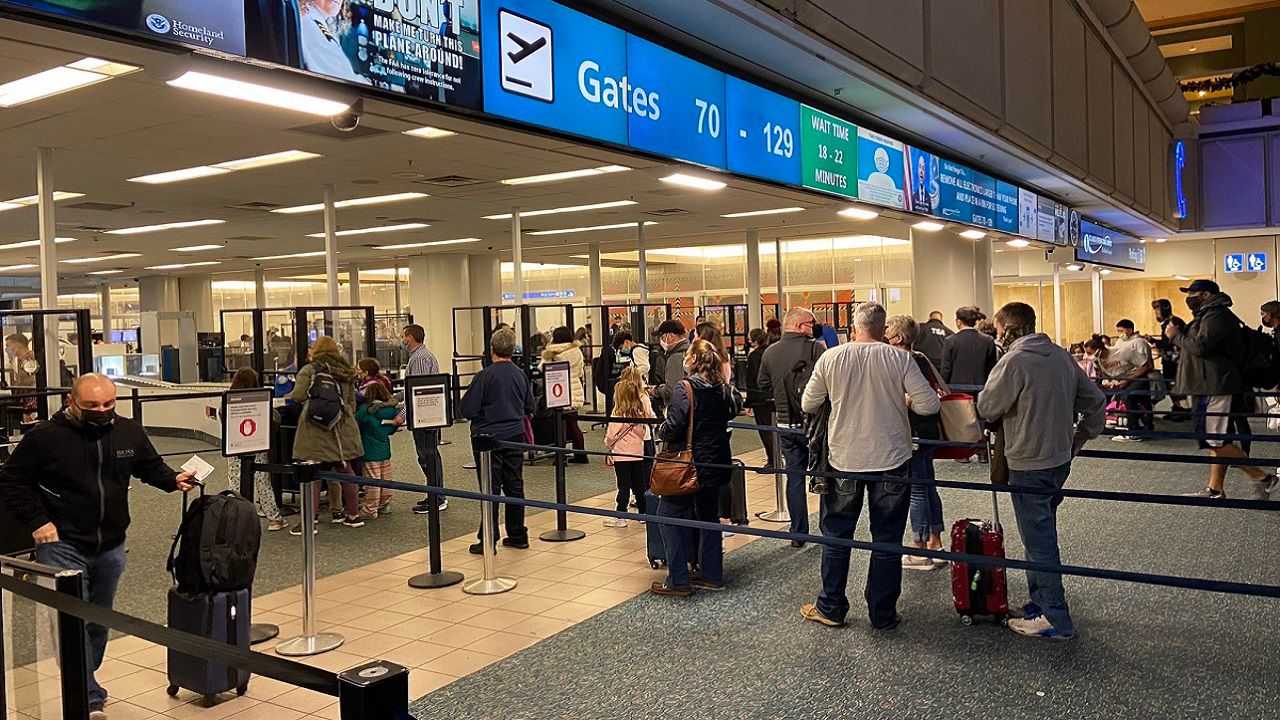 Some passengers will see the dreaded ‘canceled’ or ‘delayed’ words in red up on the board at Orlando International Airport on Christmas Eve. (Ashleigh Mills, Spectrum News staff)

But hundreds of travel plans are being scrapped on Christmas Eve because of flight cancellations at Orlando International Airport.

At least two major airlines face some staffing problems – partly due to COVID-19.

A handful of cancellations and delays impacted travel early Friday with some Delta and United flights.

The reason? Staffing issues, some of which caused by the omicron variant.

The flight tracking site ‘flight-aware’ showed more than 100 Christmas Eve flights canceled for United, and just under 100 for Delta.

Hundreds of @Delta + @UnltedAirlines flights canceled across the country on this #ChristmasEve, we’ve counted 13 cancellations & some other delays here at @MCO this AM. #holiday #flights #Travel @MyNews13 pic.twitter.com/QpPnqWFmW9

Those numbers were as of Thursday night when Delta said in a statement that they’re working to get anyone canceled on the next available flight.

This comes, as the company just this week wrote the CDC, asking the agency to consider a shorter quarantine period for people with COVID, who are vaccinated.

That means those who came to Orlando for vacation and are returning home to family for Christmas are just trying to get through the airport crowd of people attempting to fly today.

“Uh, it’s a mad house,” said traveler Rosa Padilla. “I mean you look at everything and you go ‘yikes!’ but you know we have no family here, it’s just that we love Orlando. We love Disney World. So we generally come two to three times a year.”

Airline officials remind all travelers to check their flight status before going to the airport.