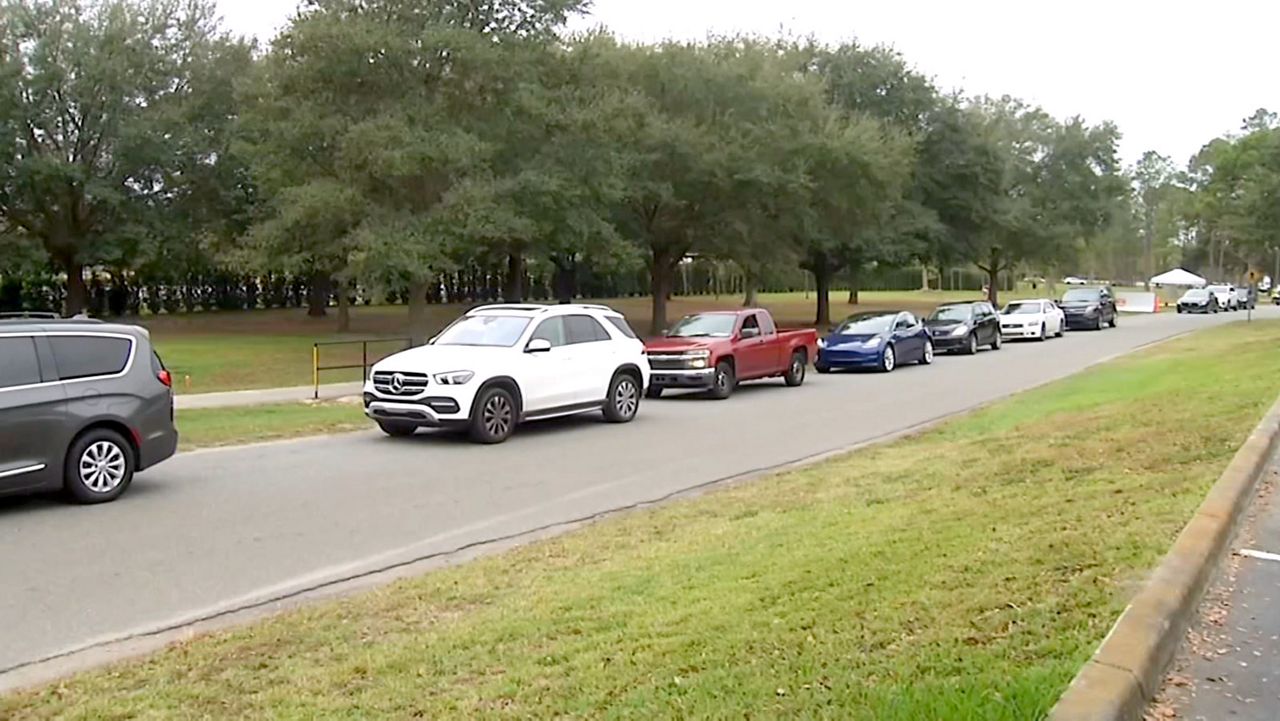 Orange County officials had to shut down the COVID-19 testing site at Barnett Park early Tuesday afternoon after a spike in demand caused it reached its daily capacity. (Spectrum News 13)

ORLANDO, Fla. — As omicron becomes the dominant COVID-19 variant across the country, the Moderna shots are being offered at mass vaccination sites across Orlando, including at Barnett Park.

But, as demand for testing spiked Tuesday, the Barnett Park site reached its daily capacity just before 2 p.m. and had to shut down until Wednesday morning.

Even before the testing site at Barnett Park opened Tuesday morning, people were waiting to make sure they got a spot in line.

They said they came earlier because the site has hit capacity and shut down hours before it was scheduled to end over the past several days.

On Monday, traffic wrapped out onto Colonial Drive.

A lot of the rush seems to be caused by holiday travel: Some people are seeking peace of mind before mingling with family and friends for the holidays.

#COVID19 testing at Barnett Park has reached its daily capacity and has closed for the day. Vaccinations are not affected. Testing will reopen tomorrow at 9 a.m.https://t.co/K06XjJ5ypC pic.twitter.com/MzqzQCIBs9

Some people who waited in line for hours said they are frustrated to see such high demand at Barnett Park.

“It felt like things were getting better, people starting to feel more comfortable, less fear,” Orange County resident Isadora Olivera said. “Now, things are starting to come back around. So it’s just kind of frustrating to see it.”

While testing was shut down at Barnett Park Tuesday, county officials said people can still come to the site to get a vaccination.