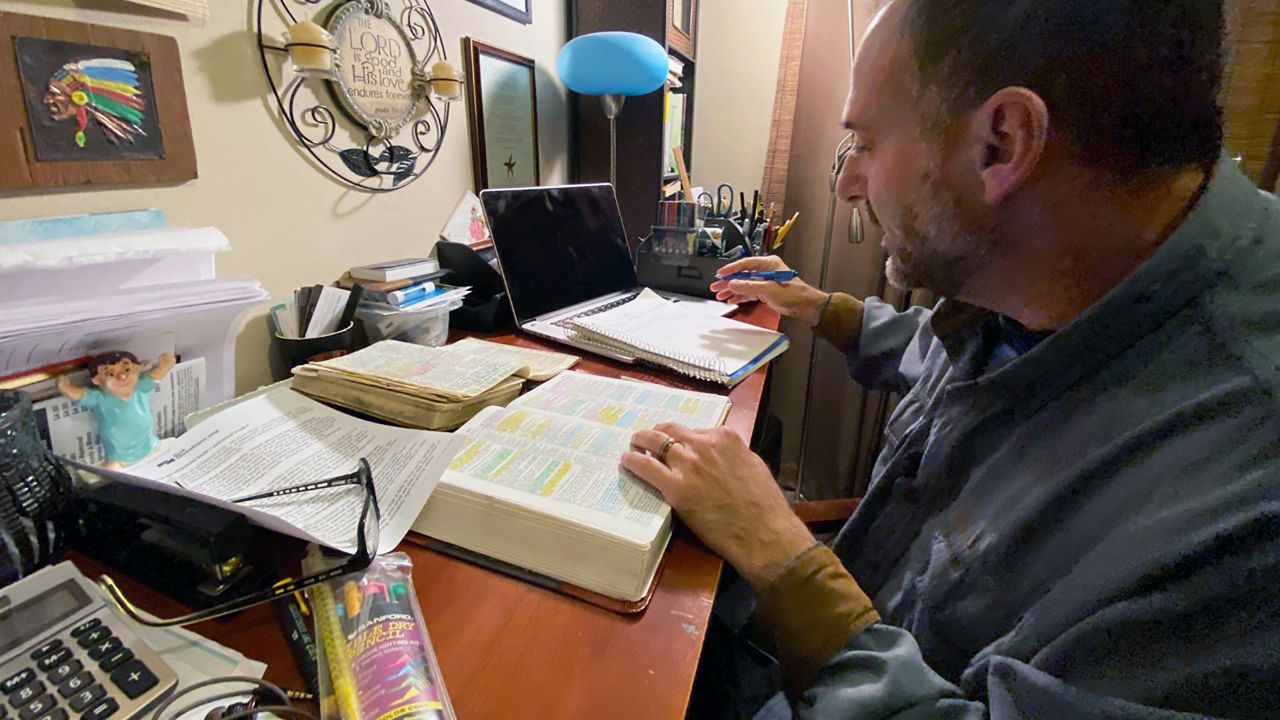 Federal law not only allows employers to question one’s religious beliefs, but also determine whether it would accept a worker’s exemption request, and if so, the employer can determine itself what it deems as appropriate accommodations. (Spectrum News)

ORLANDO, Fla. — More than a month after Florida lawmakers passed state legislation limiting workplace mandates for COVID-19 vaccines, there remain questions among some workers on how far those protections go.

“Nobody should lose their job because of the COVID jabs,” DeSantis said during a press conference in Brandon, Florida.

The new laws prohibits public employers in Florida, such as local governments, from requiring employees to get a COVID-19 vaccine.

Private employers in Florida may still mandate vaccines, but are now required to give employees the ability to opt-out for: medical reasons, religious beliefs, immunity based on a previous infection, regular testing, or an agreement to wear protective gear. Businesses that fire employees over vaccine mandates can face fines.

“Your right to earn a living should not be contingent upon COVID shots,” DeSantis said Oct. 21, when announcing the Special Session in Clearwater. “We have somehow gone from 15 days to slow the spread to three jabs to keep your job. In Florida, we believe that the decision whether or not to get a COVID shot is a choice based on individual circumstances.”

The DeSantis administration filed a lawsuit against the Biden administration to block an approaching deadline for federal workers and contractors to get vaccinated to remain employed.

The law itself appears to be clear, yet complex, and is emerging as a test to both exemptions, with employers holding broad power in making final decisions.

Nick Caturano has worked at Walt Disney World for 16 years.

He created GoofyVaccine.com as part of an effort to get the company to accept exemptions to its vaccine mandate, if not to persuade the company to drop the mandate altogether.

“I really thought I was going to appeal to Disney, I really wanted to appeal to them and it just didn’t go that way,” Caturano said. “I was hoping to start a conversation.”

“We believe that our approach to mandatory vaccines has been the right one as we’ve continued to focus on the safety and well-being of our Cast Members and Guests, and at this point, more than 90% of active Florida-based Cast Members have already verified that they are full vaccinated,” a Disney spokesperson told Spectrum News in November.

The spokesperson added that Disney will “address legal developments as appropriate”.

Caturano’s initial effort, he says did not create much of a conversation with the company itself, but it did create a larger conversation with fellow cast members, and others around the country who do not wish to get vaccinated.

Caturano, who spent two days in the hospital in August because of COVID-19, said his pushback is founded in his faith.

Caturano and a group of fellow cast members spoke with Spectrum News about their sincerely held religious beliefs.

“… (there’s a belief) as a Christian there’s a certain amount of rules I have to follow and that’s not the case,” said Stephen Cribb, a Disney resort manager. “It’s a personal relationship with Jesus Christ and part of that is spending time every day in prayer, in reading the word, seeing how He’s speaking and communicating with you and how He wants you to live.”

Those like Cribb say, despite organized religion coming out in support of vaccines, a decision to get vaccinated is between one’s self and a power higher than their faith leader.

“A church organization’s standard on it doesn’t matter,” Cribb said. “What matters is my own personal belief and how I’m convicted.”

Carl Stephens, senior pastor at Faith Assembly church in Orlando, said forced vaccinations quickly became a concern among some members of his congregation, and even among those not members of his church.

“I don’t have a scripture that says ‘don’t dare take vaccines,’ so we say just pray about it and you do what you feel God wants you to do,” Stephens said. “There are genuine people that are genuinely concerned about taking it and they have their reason. I’m not going to question them and companies shouldn’t question them.”

In response, Stephens posted an exemption letter on his church’s website. To date, Stephens said the letter has been downloaded more than 2,500 times.

“It’s not only validation of personal religious desires, but also a statement of fact of federal know,” Pastor Stephens said.

Stephens said he does not question the vaccination status of his church members, but he knows some are vaccinated and some are not.

Stephens said his exemption letter is not a stance on the vaccine, but a stand for religious freedom and protections.

“I said to people, ‘The bible tell us we should pray about everything’ and something like this I was certainly able to conclude they need to pray about it,” Pastor Stephens said.

Labor Attorney Anthony Hall of the Leach Firm in Winter Park, however, cautions that a letter may not be enough to receive an exemption from an employer.

“I don’t see anything here about religious doctrine that supports anti-vaccination, I don’t see any scripture from any of their religious book that would support exemption from the vaccine, so what I see here really could be a personal belief, maybe even political belief,” Hall said.

“When courts are analyzing these issues, they look at a couple of factors and the main factor is the sincerity of religious held beliefs and that’s where the court steps in,” Hall said.

Federal law has long allowed employers to link employment to vaccinations. Hall said there are basic standards to be met for medical and religious exemptions, however federal law allows employers wide discretion on the matter.

Federal law not only allows employers to question one’s religious beliefs, but also determine whether it would accept a worker’s exemption request, and if so, the employer can determine itself what it deems as appropriate accommodations.

Hall said the threshold for some companies can be high.

With the rise of mandates for workers to get a COVID-19 vaccine, there too is a rise in testing the federal exemptions.

The U.S. Supreme Court turned down a request in late October to hear a petition on behalf of a group of health care workers in Maine who are against getting vaccinated based on religious grounds.

The decision is closely watched as states like Maine, and major cities like Chicago and New York, are requiring employees to be vaccinated.

Emi Mackedon has worked for Disney for nearly 30 years. While her family was diagnosed with COVID-19 last year, she says she remains hesitant to get vaccinated.

She does, however, hope that as conversations on the issue continue, that there is something both sides give.

“I get your deep fear of COVID and you are getting vaccinated because it’s being led by medicine, but I also have a fear of what I’m putting in my body, so we both have fear and I respect your’s and I’m just asking you to respect mine,” Mackedon said.