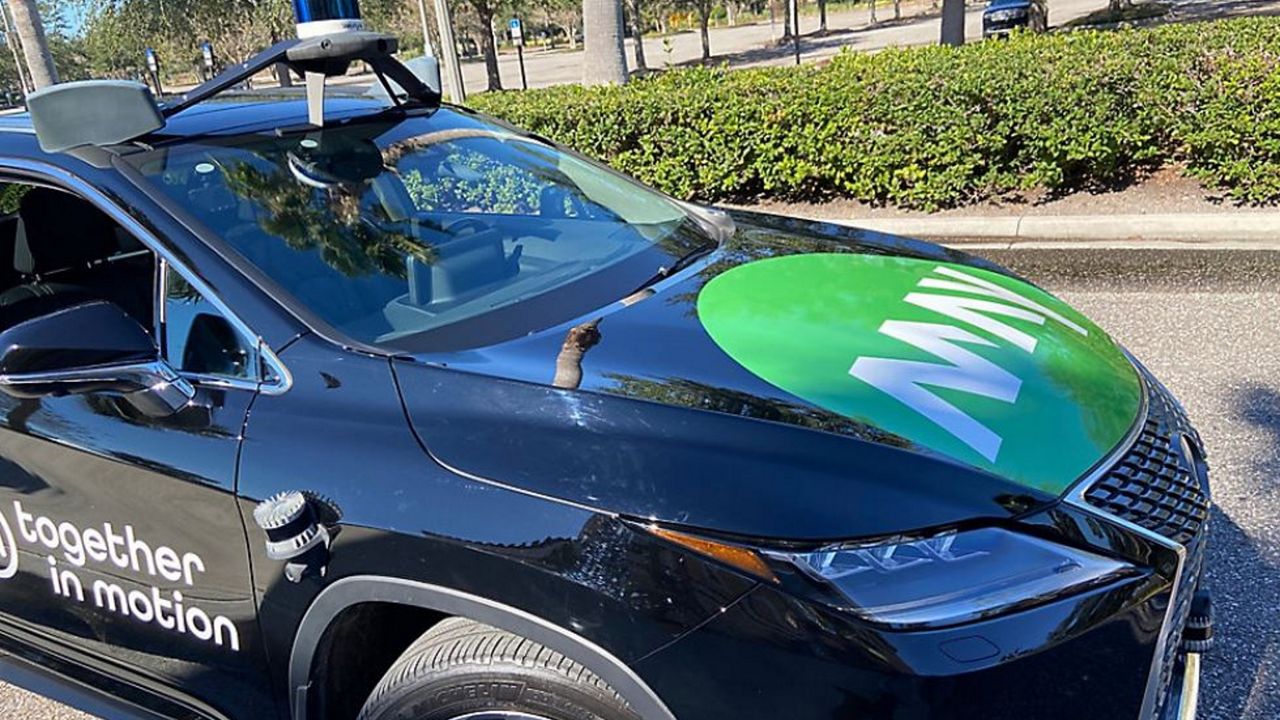 May Mobility, which offers autonomous shuttle rides in several cities around the world, demonstrated the technology at the Florida Automated Vehicle Summit. (Spectrum News/Jerry Hume)

ORANGE COUNTY, Fla. — Self-driving cars are a part of the future, whether drivers are ready or not.

In Orange County this week, the Central Florida Expressway Authority is hosting the Florida Automated Vehicles Summit to showcase new technology to make self-driving cars easier to access and safer to use.

“There are move-over laws in all 50 states, but despite those move-over laws, people that work on roads are routinely hit by vehicles on a daily basis,” Brock Aun of HAAS Alert said.

HAAS Alert has come up with a way to warn self-driving cars to yield when an emergency vehicle approaches, he said.

“As soon as the light bar is activated, those alerts are delivered to drivers who can receive them,” he explained.

In August, the Florida Highway Patrol indicated a Tesla on auto mode hit a patrol car that was stopped on Interstate-4 to help a broken-down vehicle.

Happening now: Orange County. Trooper stopped to help a disabled motorist on I-4. When Tesla driving on “auto” mode struck the patrol car. Trooper was outside of car and extremely lucky to have not been struck. #moveover. WB lanes of I-4 remain block as scene is being cleared. pic.twitter.com/w9N7cE4bAR

That’s a big fear for many who are uncertain about the expansion of self-driving cars.

Nathan Sunbury, an engineer with May Mobility, demonstrated the technology on his autonomous shuttle vehicle. That kind of technology should instill some confidence in those skeptical of self-driving cars, he said.