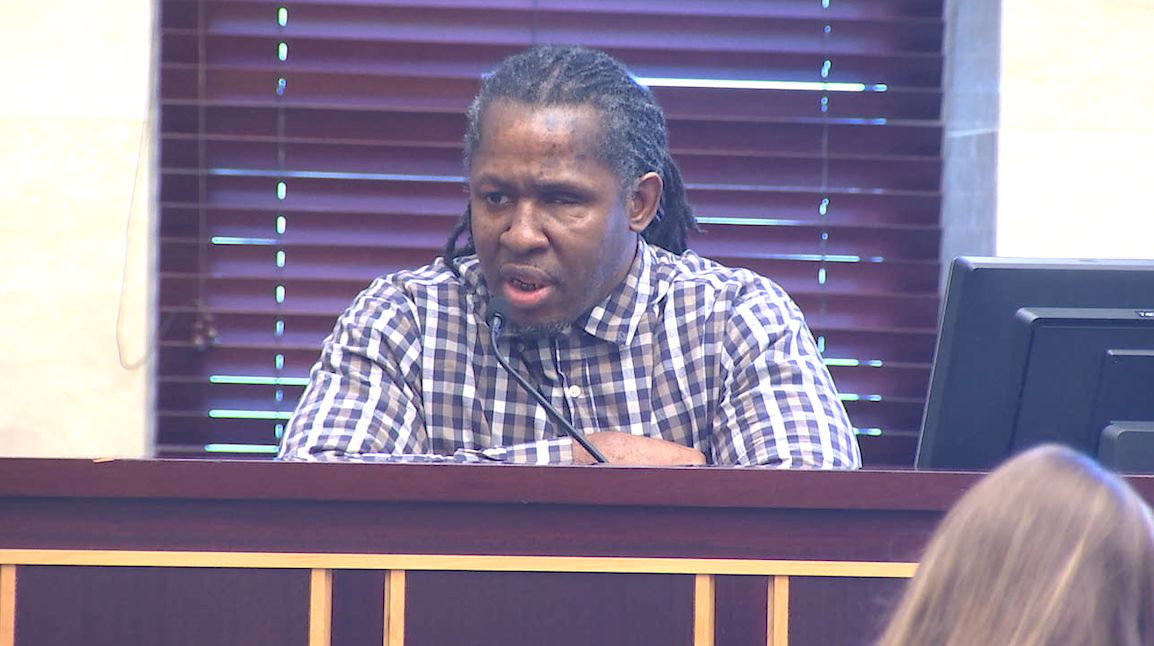 Markeith Loyd testifying in the guilt phase of his trial in October, 2021.

All 12 jurors must be in favor of the death penalty, otherwise Loyd will get life in prison.

In this penalty phase, prosecutors and defense attorneys are both asking jurors to consider more than just the evidence surrounding Clayton's killing – but also incidents throughout Loyd’s life, and Clayton’s impact on the community.

On Monday, Orlando City Commissioner Regina Hill got emotional as she talked about what Clayton meant to the community.

“She wanted youth to know that where they live did not define the endless possibilities of tomorrow,” said Hill.

Orlando City Commissioner Regina Hill took the stand - and was very emotional as she read a victim impact statement - talking about how influential Lt. Debra Clayton was in her work with youth in the community.@MyNews13 #MarkeithLoyd

As the state asks jurors to recommend Loyd receive the death penalty, prosecutors are asking  jurors to consider other incidents throughout his life when they say Loyd was violent towards law enforcement officers, including a 1998 traffic stop where he was arrested after resisting arrest and assaulting an Orlando officer.

The state also asked jurors to consider what Clayton suffered through in the last moments of her life — when she was still conscious after Loyd shot her several times.

“Nor did she fall into unconsciousness after the second or the third bullet struck her body,” said state attorney Richard Buxman.  “Evidence will show that she was conscious and was aware of what was happening as she lay on that ground suffering from gunshot wounds.”

But Loyd’s defense attorney is urging the jury to also consider other factors, including mental illnesses they say made Loyd have a delusional fear of police — which they say contributed to his actions. And they argue that Loyd will suffer enough without being sentenced to death.

“He is never getting out of prison,” said defense attorney Terence Lenamon. “Before your verdict and after your verdict, he will do double, back-to-back life sentences, and more.”

Jurors can also consider Loyd’s killing of his pregnant ex-girlfriend, Sade Dixon, which prompted a search for Loyd and Clayton’s attempt to apprehend him. Dixon’s mother took the stand again and described Loyd shooting at her and her family at their home.

Loyd’s attorney said ultimately, because their decision must be unanimous, each juror has the power to decide Loyd’s fate.

“Unlike the first part of this case, you are a jury of one — an individual jury of one that makes this decision,” said Lenamon.

The state is expected to call more witnesses Tuesday and then Loyd’s defense attorneys will call their own witnesses. The jury could get the case to decide Loyd’s fate by the end of the week.

Court in recess for the day after judge worked out some legal matters with attorneys. And Loyd's defense attorney called a video expert to the stand due to scheduling constraints. State expected to resume calling witnesses to the stand Tuesday morning.@MyNews13 #MarkeithLoyd