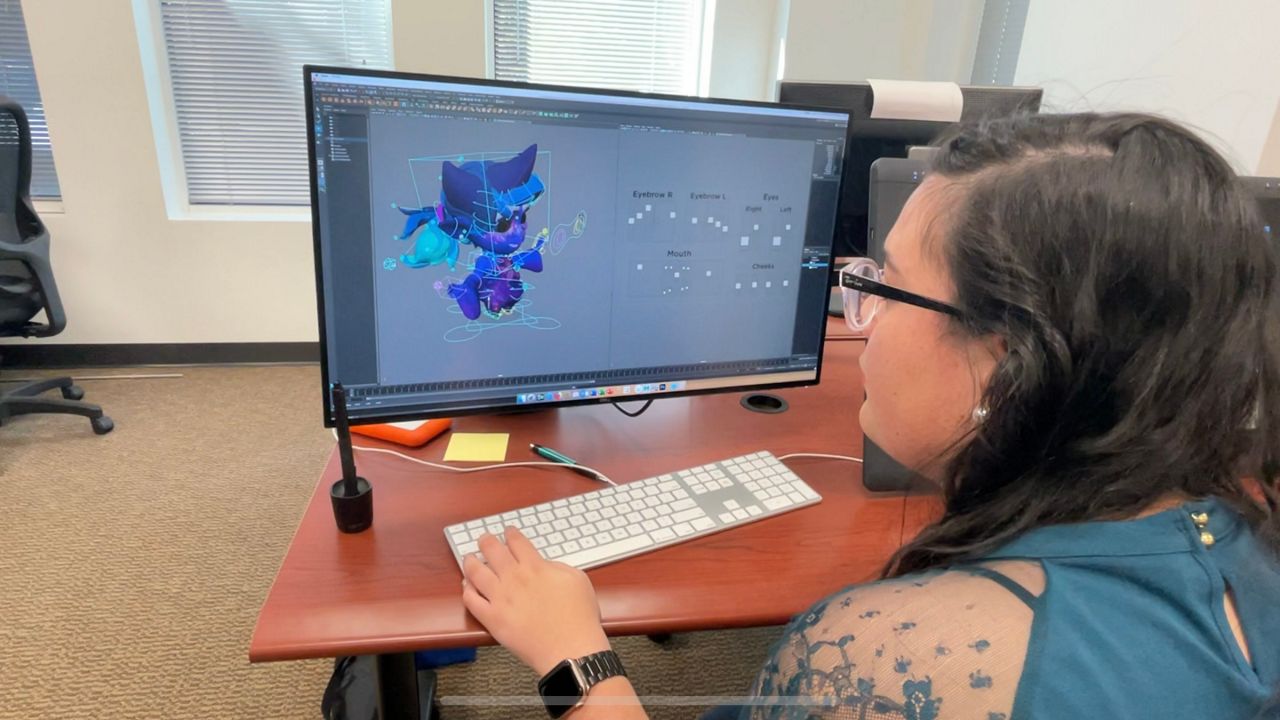 ORANGE COUNTY, Fla. — A University of Central Florida (UCF) animation and visual effects graduate student plans to tell the story of immigrants living in the U.S. in a creative way by using 3-D animation.

Ana Beltran came with her family to Celebration from Venezuela when she was a little girl and shares some of her personal experiences in her film.

“I moved to the states with my family when I was 4 years old and very much a little kid not knowing what’s really going on but trusting her parents know best for her,” she said, with her story also appearing on the UCF website.

The film centers around a little alien girl named Echo who left her home planet with her mother in search of a new life.

Beltran said there was a reason she made Echo an alien.

“I got the idea because when you immigrate to the United States you are classified as an alien by the immigration system,” she said.

Echo’s name comes from what Beltran calls the echoes of the past, experiences, and memories immigrants she knows went through.

“A lot of it is inspired by some events that happened when I was growing up but a lot of her personal story, Echo’s personal story, is actually taken from family, friends and some of my friends who’ve actually gone through the system as children,” Beltran said.

U.S. Citizenship and Immigration Services Reports there are more than 11 million undocumented immigrants and more than 13 million legal immigrants in the U.S.

Beltran addresses the issue of deportation in her film.

“So, in the film Echo comes to this new planet with her mother drops her off and gives her a little polaroid photograph of both them,” she said. “Towards the end of that day when she’s waiting at the bus stop she’s looking at this photograph and comes to realize her mother is nowhere to be seen.”

Beltran said it’s something her family went through.

“It’s based off my cousin and his dad,” she said. “He came home one day to find that his dad had been taken by ICE and he couldn’t see him again. That was a difficult time for my family as a whole. The lawyers who drafted the paperwork for them to move into the U.S. weren't real lawyers and they didn't know it at the time until it was too late," she recalled.

U.S. Immigration and Customs Enforcement reported in 2020 its agents deported more than 185,000 immigrants.

Beltran said her journey was a difficult one but it is one she values.

"Knowing what my parents’ sacrifice to get me here and to have me live my life they wanted me to live is really humbling," Beltran said. "I always keep that at, at my core and just to remember that a lot of what I accomplish is because of them."

She expects to finish her film in about four years but you can see some of her other creative animation work now in Disney World. She and her father, who is also an animator, worked together on creating the Beacons of Magic for the park’s 50th-anniversary celebrations.