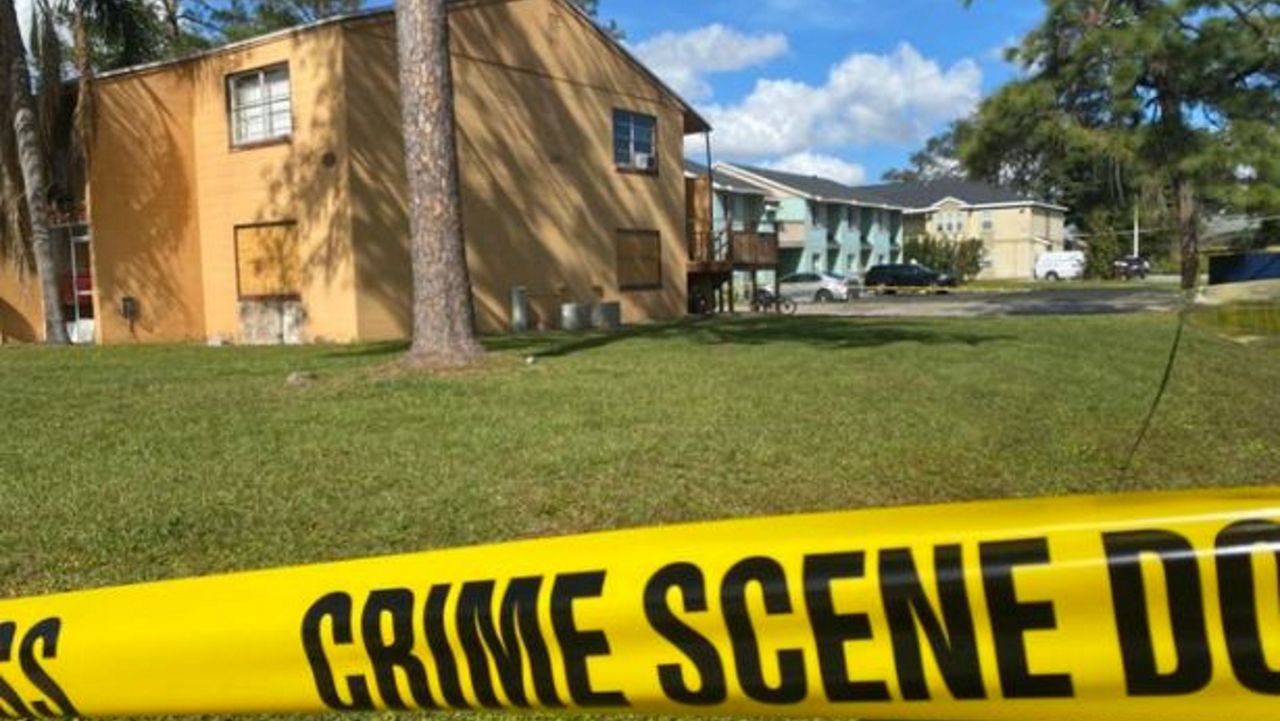 Crime scene tape still blocked off the scene at an apartment complex in Buena Ventura Lakes on Wednesday where 3 people were found dead Tuesday morning in a triple homicide. (Spectrum News/Rachael Krause)

Kissimmee man arrested in connection with triple homicide in Osceola

Sheriff Marcos Lopez tells us that Torres gave investigators a full and detailed confession in regards to how he shot and killed all 3 victims @MyNews13 pic.twitter.com/2slgGzW06T

The Osceola County Sheriff’s Office had named Torres as a person of interest and brought him in for questioning. Torres was arrested in Orange County on charges of grand theft auto and armed burglary to an occupied dwelling.

Deputies were first called to the complex at about 6:50 a.m. Tuesday by one of the deceased’s family members and a witness, authorities said. When deputies arrived, they reported finding two men dead in an apartment.

Soon after, deputies found the body of a third individual in a building farther back behind the apartment where the first two victims were discovered, Osceola County Sheriff Marcos Lopez said.

“It’s unknown why these individuals, these victims have been killed, but we do have a person of interest," Lopez said Tuesday.

The victims’ deaths appear to be the result of gunshot wounds, Lopez said.

Steven S. Paul, who has been working as the contractor on the building for the past few weeks, said this complex has had a lot of issues with broken windows, stolen property and gunfire. But he said it was a shock pulling up for work Tuesday morning and seeing the area blocked off, and getting the news that three people had been killed.

“I’m truly sad, truly sad,” Paul said. “I happen to know them from the last five weeks, seeing them around. It’s truly sad.”

Investigators located Torres in Orange County, where he had reportedly barricaded himself inside a car. Orange County deputies took Torres into custody after he eventually surrendered to them.

“Since he has a no-bond, he’s a person of interest in these homicides, we’re going to bring him back here (Osceola County) and talk to him, see if he wants to talk to us,” Lopez said.

Investigators said they hope to gather more information about what happened.

The Osceola County Sheriff's Office has said deputies are not currently searching for suspects.

This is a developing story and more information will be posted as it becomes available.