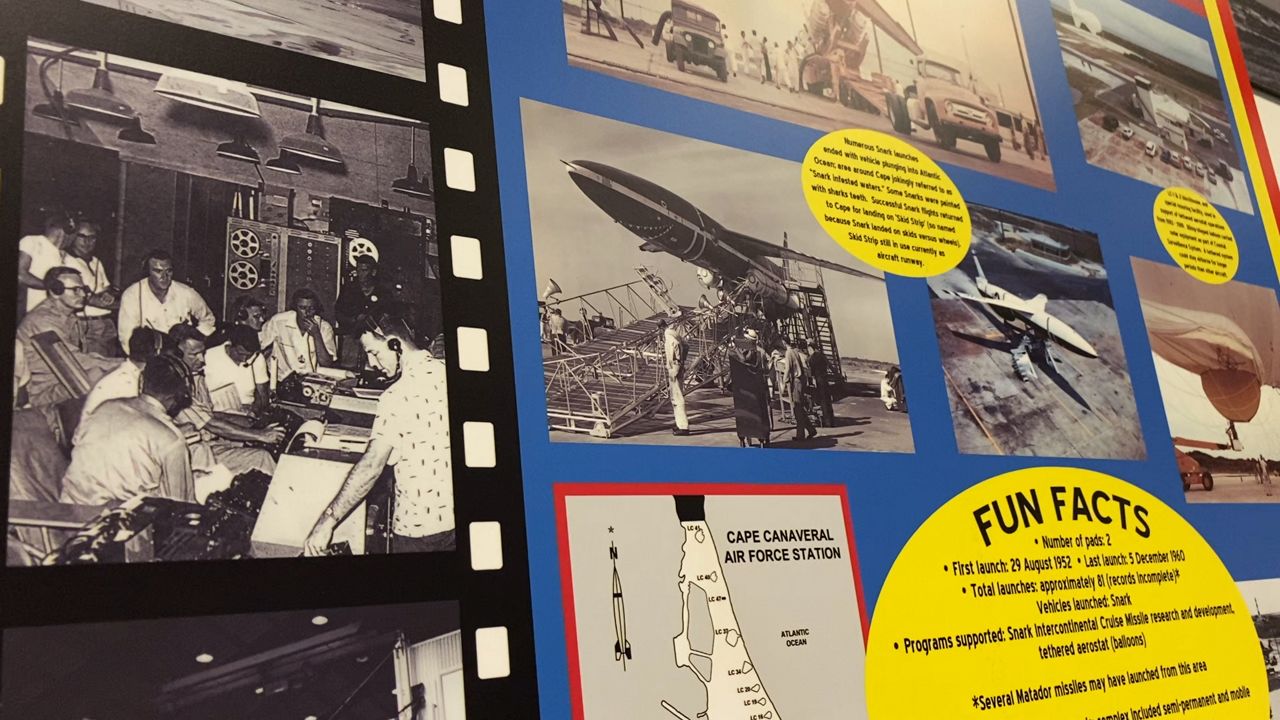 CAPE CANAVERAL, Fla. — Powered flight from Cape Canaveral nowadays conjures thoughts of launches for space exploration, intelligence or internet constellations, but from the 1950s through the 1970s, the U.S. Air Force began developing what became known as “winged missiles.”

The Air Force defined a winged missile as “an unmanned, self-propelled guided vehicle that sustains flight through aerodynamic lift for most of its flight path and whose primary mission is to place an ordnance or special payload on a target.” Basically, they were missiles designed to hit military targets.


On Thursday evening, Air Force veteran Jim Hale gave a presentation at Sands Space History Center on the legacy of these weapons at Cape Canaveral Air Force Station in the middle of the century.

After serving for 22 years, Hale spent a few years in the ‘70s as the director of the Air Force Space Museum. He and his family came back to the Space Coast after he retired from the private sector.

It was at that point that he really started to become enamored with the winged missiles, particularly the Navaho.

“I believe it contributed more to overall rocket technology and advancement than any other single program,” Hale said.

Even though the Navaho wasn’t used operationally, Hale said it flew 11 times from Launch Complex 9 at Cape Canaveral and helped to inspire advancements in other technologies, like inertial navigation systems and the LR-89 engine, which was developed by Rocketdyne for the Atlas launch system. Eventually, technology development led to more complex rockets that today are used in more modern cruise missiles and that can launch capsules and satellites into space.

Beyond the impact of the technology itself, Hale said it’s important to highlight those who served and brought it to life.

“You know, when you meet somebody who has actually worked on something, hands on, and we’re looking back at the 1950s, 60s and maybe even the 70s, when they worked on these missiles, you start to feel the same thing that they did,” Hale said. “They loved the missile, and it makes me love the missiles at the same time.”

You can learn more about the legacy of the winged missiles, which also included Snark and Matador rockets, at the Sands Space History Center, which is located just outside the south gate of Cape Canaveral Space Force Station in Cape Canaveral.