Aziz Rahmani and Abdul Mobariz were Afghan interpreters who helped the U.S. war effort in the country. Once the Taliban took over this summer, they were able to flee with their families thanks to the work of a veteran and U.S. congresswoman.

WASHINGTON — Two Afghan interpreters and their families were recently able to escape the Taliban with the help of a veteran and a Florida congresswoman.

He helped two Afghan interpreters he served with evacuate after the Taliban seized power, and it was a mission he was able to complete from his home in Central Florida, more than 7,000 miles away.

“I was a nervous wreck the whole time," he said in an interview with Spectrum News at his home. "Two of the days, I did not sleep."

“We were on the phone several times a day," he added. "Then, if we didn’t have communication, then, I’d get stressed out." 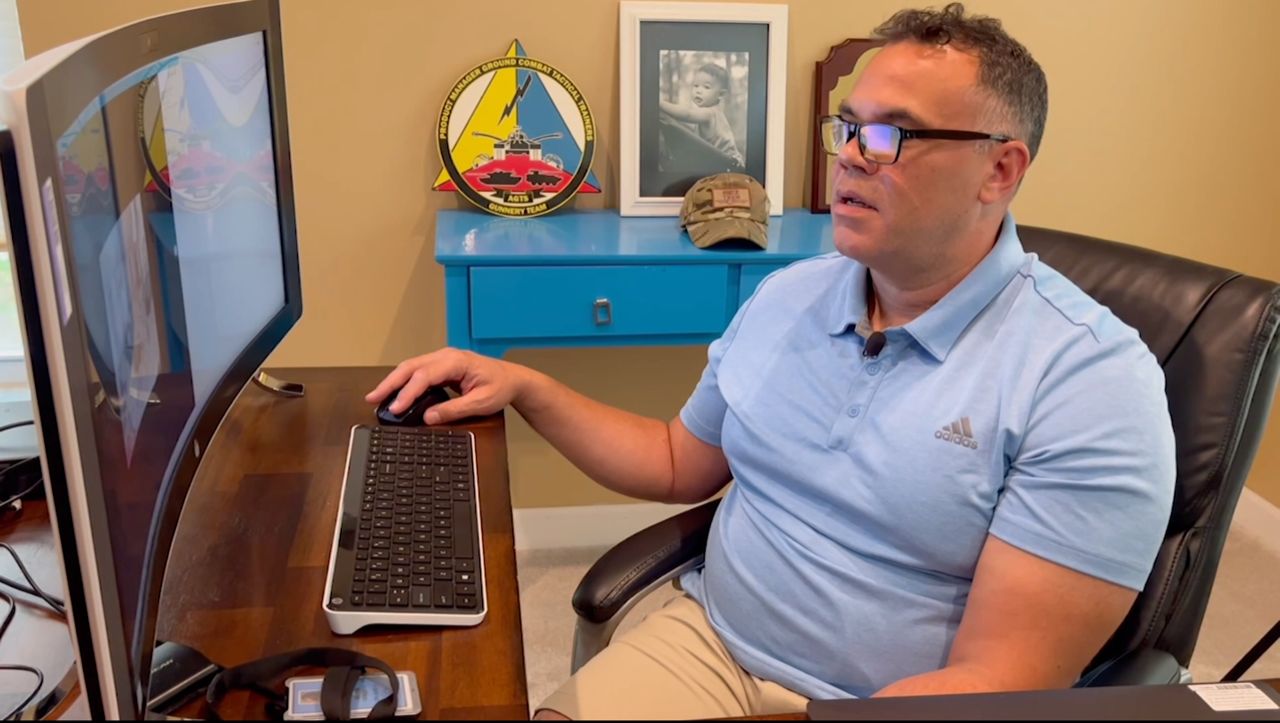 The two interpreters, like others who helped the American war effort, were in danger under Taliban rule and conditions in Afghanistan were chaotic.

“It took five days and nights until we enter the airport, we never sleep,” said Aziz Rahmani, one of the interpreters, in a Skype interview with Spectrum News. “During the first day, we would just have to stand in line to find a chance to enter. The first day we saw five or six people die."

The other interpreter, Abdul Mobariz was also trying to flee with his wife and three children, the youngest of whom was just 6 months old. Mobariz and his family waded through sewage and were sprayed with tear gas, as they tried to reach the Kabul airport amid gunfire. 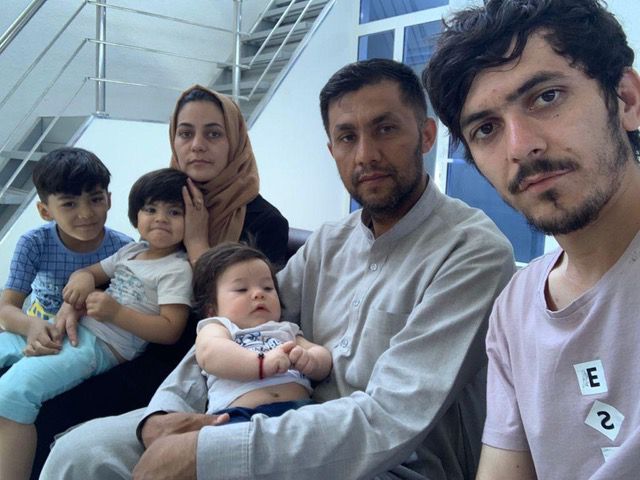 Abdul Mobariz and his family while they wait to evacuate Afghanistan. (Photo provided by Abdul Mobariz)

Both interpreters, traveling separately, were in constant contact with Veimeister, who was back in Florida attempting to guide them to safety.

Viemeister began trying to get the two families out over the summer, as conditions got worse in Afghanistan. However, he was not able to make any headway with defense officials or the State Department. On August 13, he contacted Congresswoman Stephanie Murphy.

“My team and I got involved and worked with Mike to see what we could do to get Aziz and Abdul out of Afghanistan,” Murphy said in an interview with Spectrum News.

"The team work was instant," Veimeister said. "I was on the phone with her team almost on a daily basis ...they were able to open up opportunities through the state department, DOD, joint staff, the national visa center.”

One complication is that the interpreters’ contracts were from Hungary, even though they worked with both U.S. and Hungarian troops. Day after day, the interpreters’ hopes were dashed as they were told to report to various airport gates, but could not get in.

Then, on Aug. 23, they were directed to yet another gate and instructed to find a Hungarian Soldier, holding a Hungarian flag. They were finally successful and within hours, both were on flights out.

“I cried for my country, when I saw from the sky," Rahmani said. "It is a very beautiful country."

“I lost my country, I left my parents, that was really hard,” he added.

Back in Florida, Veimeister got the news he was waiting for.

“When they sent me pictures of them on the aircrafts as they were leaving, you just felt like a tremendous weight had come off your chest,” he said. “You just felt really good to be able to get something like that accomplished.”

Even after their escape, the trauma the two men and their families endured still remains.

“My daughter, she is 3 years old, even now, we are safe, she always asks me, 'Daddy, there is no Taliban to killing us? They are not shooting us with the pistol?'" Mobariz said. "I told her no, we are safe now. She said no, maybe they are coming.”

The two families have begun their new lives: Rahmani and his family are currently in Hungary and Mobariz and his are in Germany, but they hope that will be temporary.

They are working their way through the Special Immigrant Visa Process.  Murphy, a member of the U.S. House and Vietnamese refugee herself, is trying to speed it up.

"Our focus has to shift at this point to helping them get special immigrant visas so they can eventually get to the United States, resettle and live dignified lives,” she said.

“It’s a good chance, god willing I want to go over there, I would like to be an American citizen,” Rahmani said.

It could take years, but the prospect of a reunion in the U.S. is Veimeister’s next mission.

“I would love to see you again, especially over here,” Veimeister said during a video chat with Mobariz.