Chance Shaw (right) of Altamonte Springs works on the moves that make him one of the best arm wrestlers in North America. (Spectrum News/Asher Wildman)

SEMINOLE COUNTY, Fla. — How do you define strength? Is it by benching more than 250 pounds? Is it by blocking a 300-pound defensive lineman for four quarters? Or is it by top rolling a 350-pound man?

Altamonte Springs is home to one of the strongest men in Florida and all of North America.


Behind a pair of glasses, a baby face, and always in a shirt that would make a bowler jealous, is one of the best arm wrestlers in the world.

“Walk up to the table, put your arm down, put your elbow down, grab the peg, and it is ready go from there,” professional arm wrestler Chance Shaw says, explaining his approach to the arm-wrestling table. 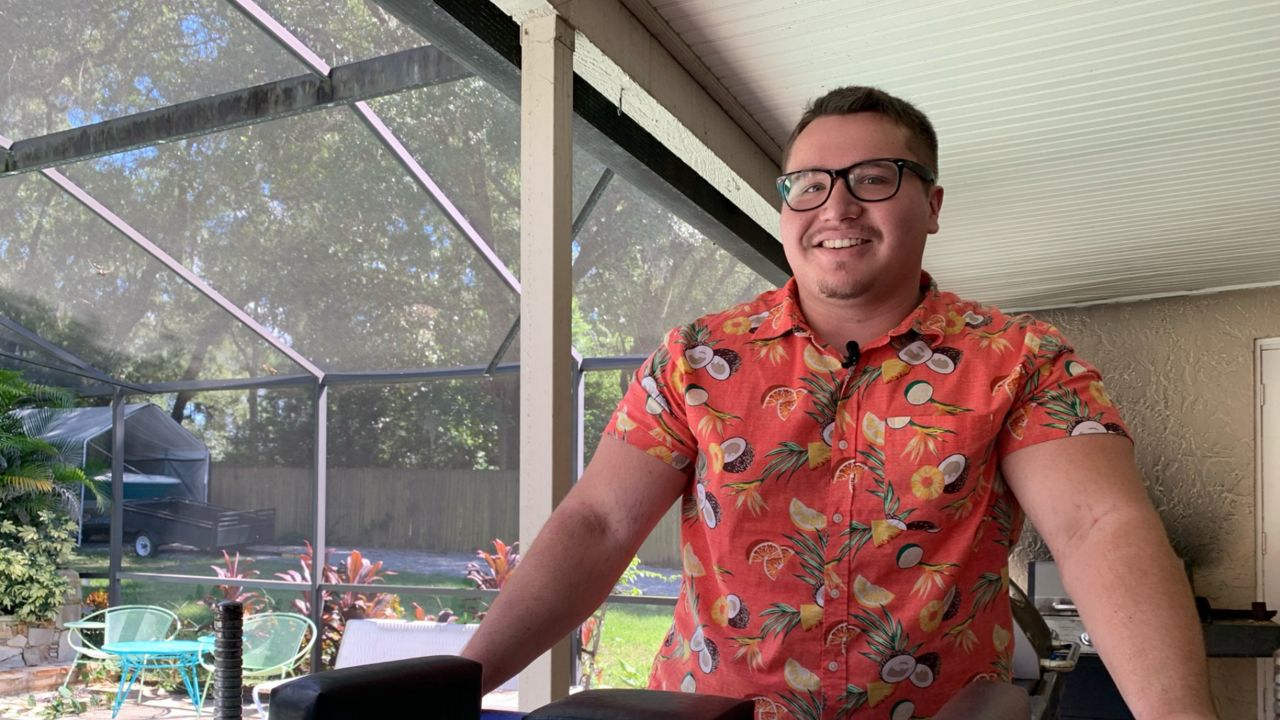 Chance Shaw's Hawaiian shirt may give off a laid-back vibe, but he is serious the sport of arm wrestling. (Spectrum News/Asher Wildman)

Shaw is 23 and the No. 1- ranked professional arm wrestler in Florida. He’s also ranked sixth in all of North America.

“My very first competition, I took second place in an amateur competition,” Shaw says.  “I didn’t start at the top, but I started with a pretty good understanding and natural technique, if you will.”

Shaw has won more than 50 competitions around the world. And it’s only fitting that for a competition built around strength, machismo and glory, prizes include cash, and tools to make a knight from Medieval Times jealous.

“Battle axes, machetes, long swords, shields, helmets, whatever you can imagine,” Shaw says, holding his battle axe trophy. “We have probably won it in an arm-wrestling tournament.”

Arm wrestling is not a full-time job just yet for Shaw.

Before doing his fun job that literally takes seconds, he puts in hours of his day in the family business, selling pesticide products.

After his day job, it’s off to do more work for his fun job.

At the gym, the nearly 300-pound youngster of muscle works on parts of his body that help him pin anyone and everyone at the table, Including curling 100 pounds with just one arm.

“The muscles that are keeping your hand from hitting the pin pad are your biceps and your chest,” Shaw says as he works out. “Those are two muscle groups that we focus on.”

After all that, it’s back at the table to practice what he does best — pinning people.

“There are so many little movements or things that we are doing, trying to get more or less of an advantage here,” Shaw says.

For the past six years, Shaw has done his best to perfect his craft. But if the Hawaiian shirts and glasses don’t fool you at a competition, then his name will. Because in the past few years at a completion, no one has had a Chance against this Chance.