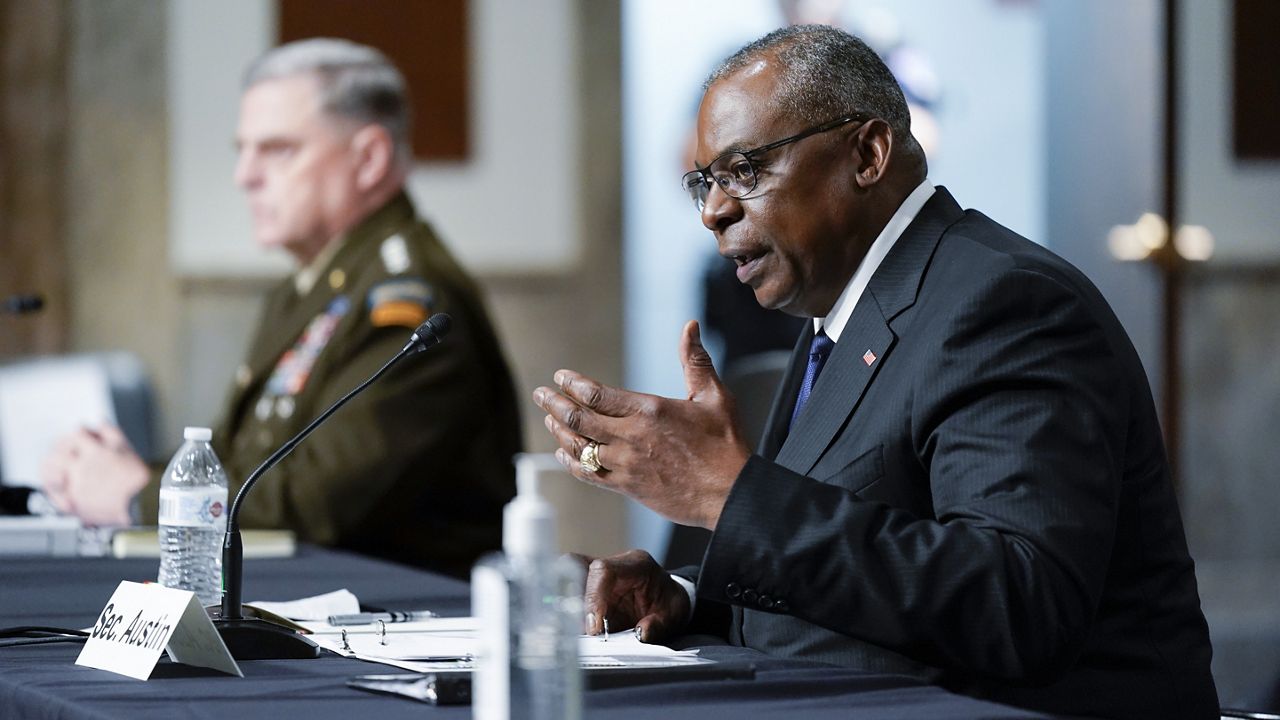 In their first testimony before lawmakers since the U.S. military’s exit from Afghanistan, the Pentagon’s top leaders on Tuesday defended the American withdrawal from the country and the confusing evacuation that ensued, insisting that they were prepared for the drawdown but not for the rapid collapse of the Afghan government.

They faced questions from members of the Senate Armed Services Committee about the chaos surrounding the final days in Afghanistan and the defense department’s preparation for a potential collapse, including recommendations they made to President Joe Biden.

“The American people deserve answers. How did this avoidable disaster happen?” said the ranking Republican on the committee, Sen. Jim Inhofe of Oklahoma.

Both Secretary of Defense Lloyd Austin and Joint Chiefs of Staff Chairman Mark Milley on Tuesday said the U.S. military was prepared for various exit scenarios but maintained that the 11-day collapse of the Afghan government was a surprise.

“We helped build a state, but we could not forge a nation,” Sec. Austin said. “The fact that the Afghan army we and our partners trained simply melted away – in many cases without firing a shot – took us all by surprise. It would be dishonest to claim otherwise.”

They also painted a picture of a situation where the United States' hands were tied by a strict deadline negotiated with the Taliban and the risk of violating that deadline, potentially putting U.S. forces in danger.

"On the first of September, we were going to go to war again with the Taliban. Of that, there was no doubt," Gen. Milley explained. "I know there's American citizens there, but they would have been a greater risk had we stayed past the 31st."

But the notion of complete surprise at the Afghanistan collapse was contradicted early on by the third military leader at the table, CENTCOM Commander General Frank McKenzie, who oversaw the mission in Afghanistan as it ended.

Gen. McKenzie said that he believed that keeping a small number of troops in Afghanistan would prevent collapse.

“I recommended that we maintain 2,500 troops in Afghanistan,” he told senators. “I also have a view that the withdrawal of those forces would lead inevitably to the collapse of the Afghan military forces and eventually the Afghan government.”

Gen. Milley then said he held a similar opinion since late 2020. Gen. McKenzie later added that he thought the collapse would happen in months, not days.

But his admission cast doubt on President Biden’s own statements about the advice he got from his military leaders, telling ABC News in mid-August that “no one” recommended keeping 2,500 troops in the country for stability.

“No one said that to me that I can recall,” he said in the interview.

The White House press secretary clarified later Tuesday, noting that "it was split" among military advisers about whether to keep troops in Afghanistan.

"These conversations don't happen in black and white," Jen Psaki said. "Ultimately, regardless of the advice, it's his decision. He's the commander in chief. He's the president. He makes decisions about what's in the national interest, and he believed we should end the war."

McKenzie did not say whether he expressed his opinion to the president himself, since those conversations are confidential.

Defense Secretary Austin had also said that keeping troops in Afghanistan any longer would have prompted an escalation of violence.

"Certainly, you'd be in a fight with the Taliban, and you'd have to reinforce yourself," he told Sen. Elizabeth Warren, D-Mass.

Senators on Tuesday also probed on the U.S. drone strike that killed 10 civilians in late August after one man was mistaken for an ISIS-K- operative.

Gen. McKenzie took responsibility for the strike, and he said he was under "no pressure" to act. The decision was based on intelligence and what they could observe on the ground, he added.

There is a "three-star review" of the strike underway, Sec. Austin said, and he declined to comment further until that investigation was finished.

Secretary Austin earlier in hearing painted the massive, two-week evacuation of more than 124,000 people as heroic and historic, while admitting missteps that led to the loss of 13 service members and dozens of Afghan civilian lives.

“It was the largest airlift conducted in U.S. history. And it was executed in 17 days. Was it perfect? Of course not,” the defense secretary said, noting that Americans and Afghan allies were left behind. He said his department was working with the State Department and other agencies to get more people out.

Gen. Milley echoed the secretary’s admission that things didn't go as planned, despite preparation for the drawdown that happened over time, including evacuation exercises.

“It is obvious the war in Afghanistan did not end on the terms we wanted, with the Taliban now in power in Kabul,” Milley said, calling the group a worrisome terrorist organization.

“There are many lessons to be learned specific to the military,” he added. “However, one lesson must never be forgotten.”

“Every soldier, sailor, airman, Marine who served there in Afghanistan for 20 consecutive years protected our country from attack by terrorists. And for that, they should be forever proud, and we should be forever grateful.”