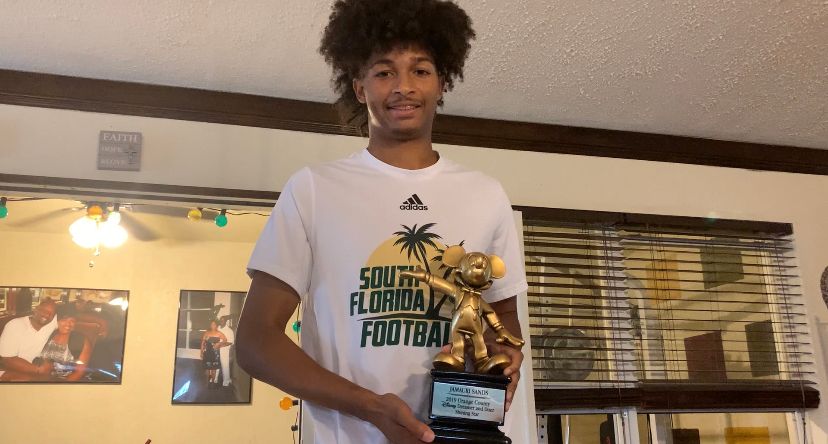 ORLANDO, Fla. — Walt Disney World uses a lot of its magic to shape and influence our community through service.

Its commitment is far-reaching, sometimes touching those at a young age.

Jamauri Sands created a food pantry at his middle school a few years back.

"Every time I take it out — first most, it's just a blessing," he said, reflecting on his award.

The prestigious award is only given to 15 students across Central Florida each year, honoring incredible service.

But for Sands, his golden Mickey Mouse statue marks only the beginning.

"I always remind myself to keep pushing, anything that I do," he said.

The same can be said for the project he started: a food pantry inside Carver Middle School that is still going strong today.

In fact, it has grown since Sands started it and continues to serve dozens of students and families in need.

"It's just amazing that one individual can create something that serves so many people," said Sands' former middle school principal, Jackie Ramsay.

It's part of an even bigger picture: the mission of Second Harvest Food Bank, which also has a longstanding connection with Walt Disney World.

Walt Disney officials say charity is a big part of the mission of the mouse.

Just last year, the company gave more than $333 million in donations to kids, families and communities across the world.

Sands' work may just be one small drop in the company's "giving back bucket," but he said he'll always be committed to bettering himself, bettering others and bettering his community.