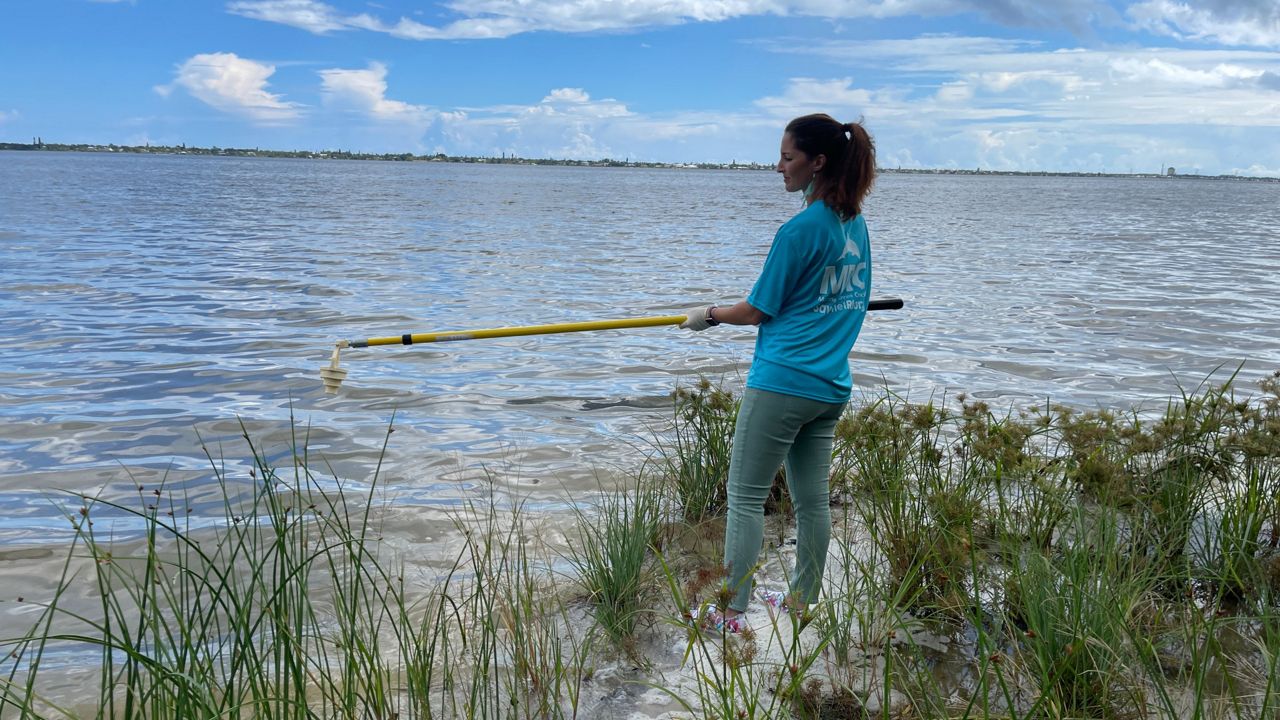 ​The Marine Resources Council has volunteers fanning out across the water-banks, collecting bacteria samples from key areas to send away to test and figure out the current state of the lagoon.

"We are expanding into bacteria monitoring, so we are enlisting the help of citizen scientists," said Caity Savoia, Marine Resources Council Director of Science and Restoration. "Restoring the habitat and getting the water quality back so we can support habitats like seagrass for the manatees."

MRC is expanding its bacteria testing program, focused on tributaries flowing into the lagoon. Lagoon Watch volunteers are collecting samples twice a month at different locations.

"Which is the concentration of bacteria from that location," Savoia said.

High levels range around 70. One sample soared to 609.

The information is collected not just for water quality, but for recreational purposes.

"We can get the word out, that we can provide some information if the lagoon is safe for recreating or not," Savoia said.

​MRC is partnering with the Space Coast Chapter of the Surfrider's Blue Water Task Force to report test results.