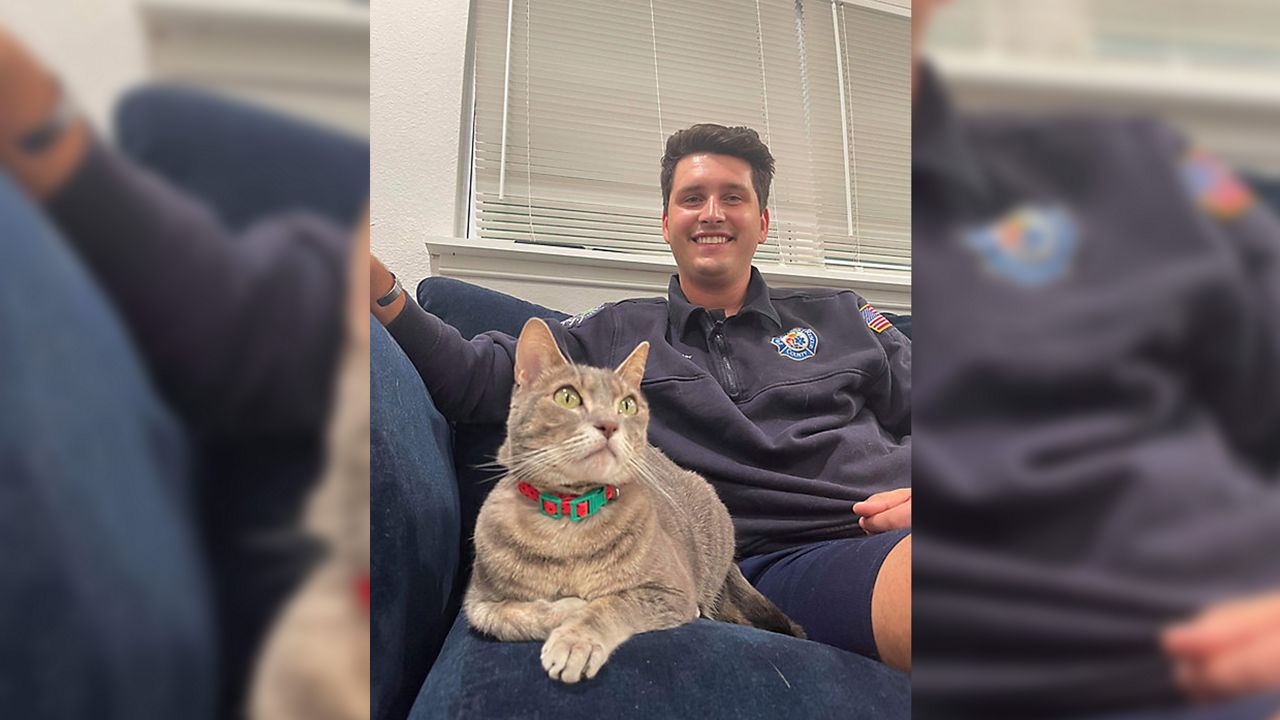 After responding to a fire at the Pet Alliance of Greater Orlando, firefighter Brett Maneri adopted one of the displaced animals. (Photo courtesy Brett Maneri)

ORANGE COUNTY, Fla. — Since the fire, Pet Alliance of Greater Orlando has experienced a huge outpouring of support from the community – including from some of the first responders who battled the fire and rescued dozens of cats and dogs.

Pet Alliance says a few of those first responders have adopted some of the animals they helped rescue.

Brett Maneri says he connected with a cat named Mia, one of the last several cats he helped pull to safety during the fire. The day after the fire, he went to Pet Alliance’s Sanford location — where the rescued animals were taken — to adopt Mia.

“She was just the sweetheart, she was a lover and I fell in love with her,” said Maneri.

“This is a once-in-a-lifetime opportunity, to be able to take these guys home and give them a good home.”

Maneri has dogs and cats already at home, so he says his mother will likely care for Mia.

“Each one of them deserves a home, especially what they just went through — I think they deserve it,” he said.

Pet Alliance says people can drop off donations at their Sanford shelter during operating hours, or donate money on their website.  They’ve suspended adoptions for a couple of days until they can medically evaluate all of the animals rescued and transferred to the Sanford shelter.