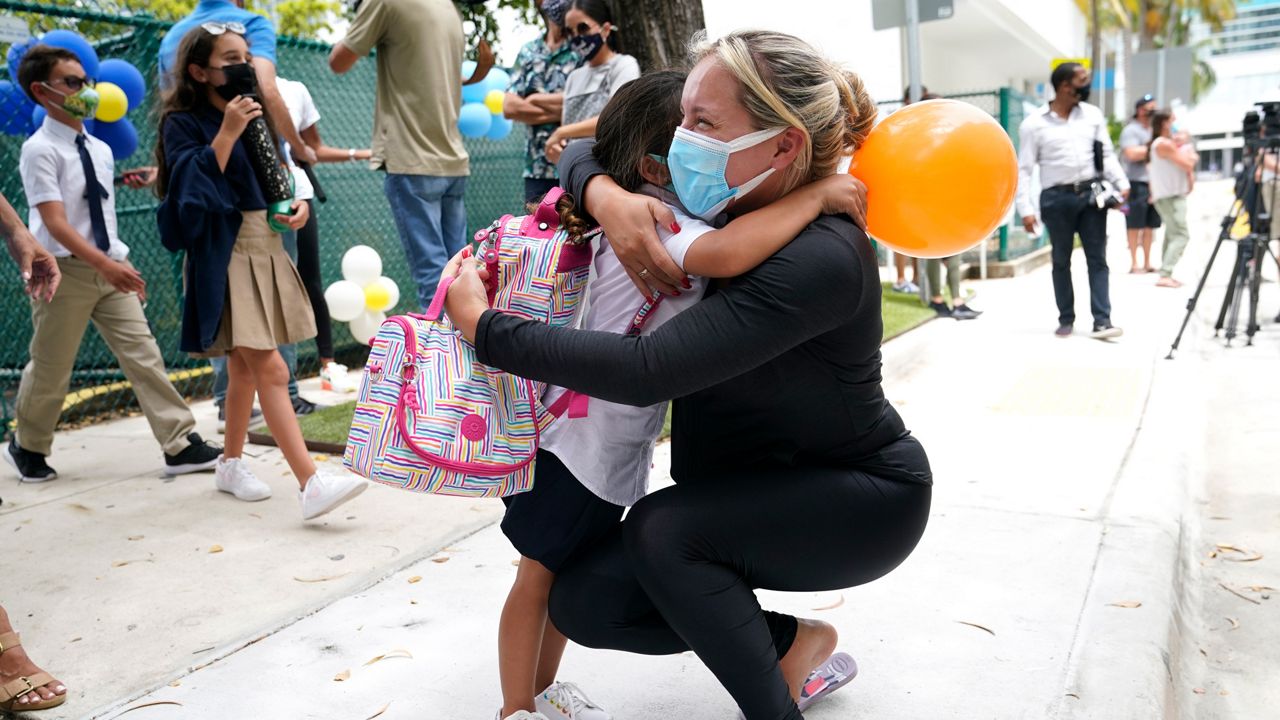 STATEWIDE — A judge in Tallahassee once again blocked Florida's ban on mask mandates in schools, lifting a stay that blocked his original ruling.

Gov. Ron DeSantis filed an official appeal to get the stay reinstated Thursday.

But DeSantis appealed the ruling, which placed an automatic stay on that decision, allowing the state to continue to penalize school districts for requiring masks for the time being.

On Monday Cooper lifted that stay, which means his original ruling stands and the state needs to stop penalizing school districts until Cooper's ruling is blocked by a higher court.

Cooper said that blocking the DeSantis administration from penalizing districts won't do any harm.

Lawyers for the administration argued it would directly impact parents who don't want their kids to be masked.

Right now the state is withholding funding from two school districts, Alachua and Broward counties, and investigating several others.

But Cooper's decision to lift the stay means that can't happen anymore.

"I don’t know of any case, and I’ve not had one pointed out to me, where a court had to deal with a nondisputed pandemic situation with threats to young children who had, at least based on the evidence, arguably, have no way to avoid this except to stay home and isolate themselves. I think everybody agrees that’s not good for them," Cooper said.

The state appellate court, which is much more ideologically conservative, is expected to take the case in a matter of days. DeSantis thinks the court will side with the state.

"No surprise here that Judge Cooper concluded that he is unlikely to be overruled on appeal," said Taryn Fenske, DeSantis' communications director. "We (unsurprisingly) disagree. Today we plan to file our emergency motion to reinstate the stay, and we anticipate the appellate court will rule quickly, much like during the school re-opening case last year."

One doctor said to Spectrum News if the judge does reinstate the order, mask mandates would make a big difference for students’ health.

“It will take two to three weeks before we see the results and decline in positive cases in children. It is the right move and it will show positive and good results among children,” said Dr. Aftab Khan.

Late last month, the Orange County Public Schools board approved a 60-day mask mandate for pre-kindergarten through 12th grade with only a medical opt-out.

Orange County kindergartener Jordan Grimmer said she doesn't mind gluing together her animal shapes while wearing a mask, just like she does at school.

"It's not been a big deal for Jordan, for our kids generally, they're used to wearing the masks," Jordan's father, Eric Grimmer, said.

Eric and Heather Grimmer say they are glad Orange County Public Schools enacted a mask mandate with no option to opt out, aside from a medical excuse.

Heather Grimmer said she was thrilled when she heard about Wednesday's ruling.

"I immediately sent the article to my husband," she said. "I definitely did a little cheer, victory cheer for now."

"Just an overwhelming sense of relief ... it's really imperative that the kids and staff continue to wear the masks and protect each other," he said.

On Tuesday, a mask mandate for students in Volusia County began, and in Seminole County, parents can opt out if they don’t want their children wearing masks.

It's not the only court case on masks in schools happening in Florida today.

In Miami, a federal judge is hearing arguments on a lawsuit challenging the ban, saying it violates the rights of students with disabilities.