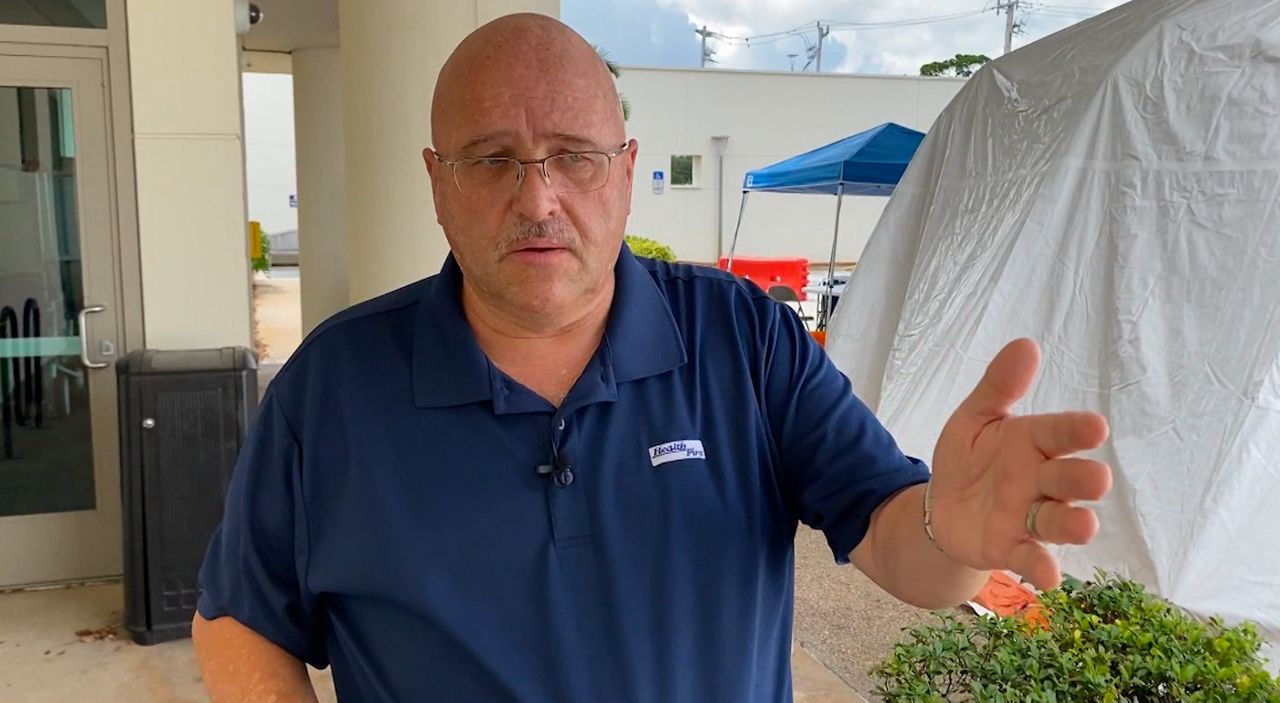 Wayne Struble, who is a founding member of the New Jersey Urban Search and Rescue team, spent weeks at Ground Zero 20 years ago following the Sept. 11, 2001, attack on the World Trade Center in New York City. (Spectrum News 13/Greg Pallone)

BREVARD COUNTY, Fla. — As the 20th anniversary of the 9/11 attack on the World Trade Center in New York City approaches, a Brevard County man is reflecting on his time spent searching through the rubble for survivors.

Despite two decades passing, Wayne Struble says the memories are as fresh and real as ever.

Struble knows a thing or two about safety and security — as disaster and emergency preparedness manager, he spends a lot of his time patrolling the grounds of Health First Holmes Regional Medical Center.

"We have the ability to (decontaminate) people if something happens, and our chillers to keep the hospital cold," he said.

But that that chilling, tragic Sept. 11, 20 years ago was something very different.

He was a founding member of the New Jersey urban search and rescue team, which responded to ground zero following the attacks.

"From where our office and station was, we're only 3 nautical miles from the World Trade Center site," he said.

He had left his wife and three year old daughter behind and joined the effort to find survivors.

After a grueling two weeks at ground zero, his team never found anyone alive.

"It felt like war," Struble said. "Pretty stark reality, something you never forget."

And as he walks the hospital grounds in Brevard County two decades later, he wants people to remember.

"It changed our world, and how we think," he said. "And how we go about things."