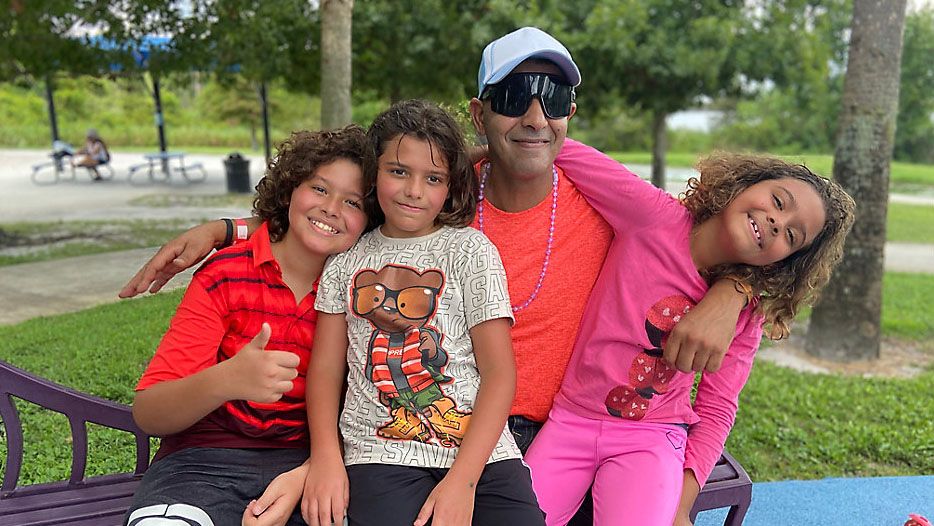 “But it's just a place to keep them safe until we see what happens with this pandemic,” Hassanna “Sammy” Malainine said.

Motels now home to many families still struggling from the pandemic

OSCEOLA COUNTY, Fla. — The Magic Castle is not a luxurious Walt Disney World resort, but a humble hotel. And the place where Hassanna Malainine, who goes by Sammy, and his three kids live now. 7-year-old Maya, 9-year-old Rayan, and 12-year-old Bidi said they miss their old house. “And the bunk bed was beautiful, I loved it,” Maya explained.

For a growing number of families, hotels like this one are home. “But it's just a place to keep them safe until we see what happens with this pandemic,” Sammy said.

You see, Sammy lost his job during COVID and has fallen on some hard times. Made even harder as a single father, because mom is not in the picture anymore. Addiction has gotten the best of her.

Sammy and the kids were evicted from their last home, because they just couldn't pay rent. “I make $60-70 a day in Uber. I can work only when the children are being cared for by somebody else,” Sammy said. “If I can not find somebody to watch them, I won't be able to work. I can’t leave them by themselves you know.”

Sammy’s car has been acting up lately, threatening his gig with Uber. Finding affordable housing and saving up enough, are far reaching for this family. “I spent more than $700 in applications,” Sammy said. “Everybody tells me no, we’re not renting for you because you have an eviction. You know, the evictions in the past.”

These kids aren’t the only ones facing uncertainty every single day. Osceola County has more than 2,500 students experiencing some sort of homelessness. “I just want peace and a happy life for these children. That is all I care about,” Sammy explained.

Sammy takes out the kids often, to distract them from their reality. Disney is only five miles away from them but they say the best parks in life are free. While this single dad may not have enough to cover theme park tickets for four, he said he’s still wealthier than most.

Sammy said he is grateful for non-profits like Embrace of Celebration, which have helped him stay afloat.

A GoFundMe page was set up for Sammy and his three kids. Spectrum News 13 is unaffiliated with that page.