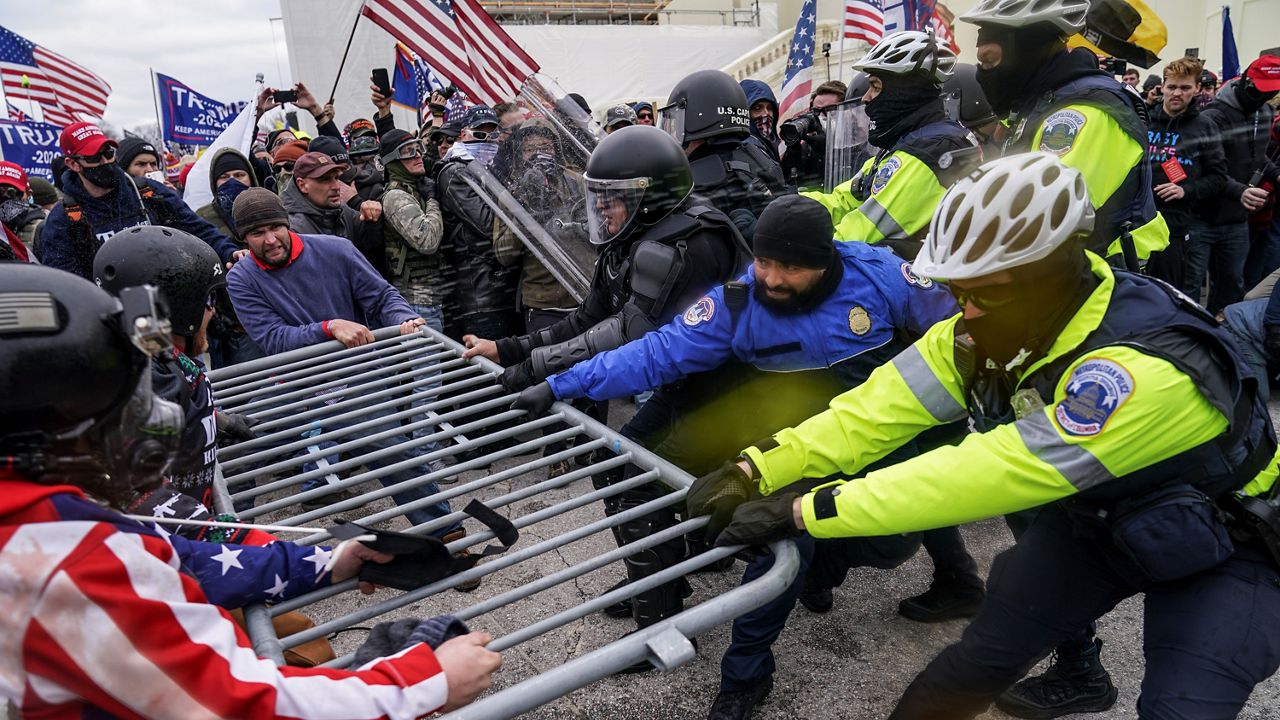 
More of those people are from Florida than from any other state — at least 64 so far, and additional arrests are possible as federal investigators continue to pursue leads on potential suspects — in part through the help of tipsters who have been combing through social media for evidence.

“I’m the go-to person for all my friends and family if they want to find something out,” said Gema Pineda, an amateur online sleuth.

Since the Jan. 6 siege, she’s been using her skills to assist the FBI in identifying suspects. One man, she went to high school with.

Florida is leading the nation, accounting for 11% of the cases, followed closely by Texas and Pennsylvania.  Jonathan Lewis has been tracking the data as part of George Washington University’s Program on Extremism. He says there’s a reason for that.

“We have seen a number of significant kind of cells of domestic extremist movements, Proud Boys and Oath Keepers, who are alleged to have had a significant crowds of folks from Florida present at the Capitol on January 6th,” Lewis said.

The FBI’s National Threat Operations Center has seen a 750% rise in calls and tips following Jan 6. Agents have been going through them, arresting and charging more people every day, with evidence from online sleuths like Pineda.

“The charging documents frequently use the photographs, the order that they are in, straight from sedition hunters and other volunteer sleuth websites,” said Greg Hunter, a criminal defense attorney, representing a number of people charged in the insurrection, several from Florida.

“The tens of thousands of little video clips and photographs from thousands of cell phones. It’s good to have all those other eyes out there. It’s difficult for me as a defense attorney because they are like, ‘Hey look, here’s a picture of your client from 107 different angles,’” he said.

As for Pineda, she says her reports have yet to lead to an arrest, but she says she isn’t giving up.

The FBI is still encouraging those with information to send in tips. Prosecutors have called this investigation one of the largest in American history.