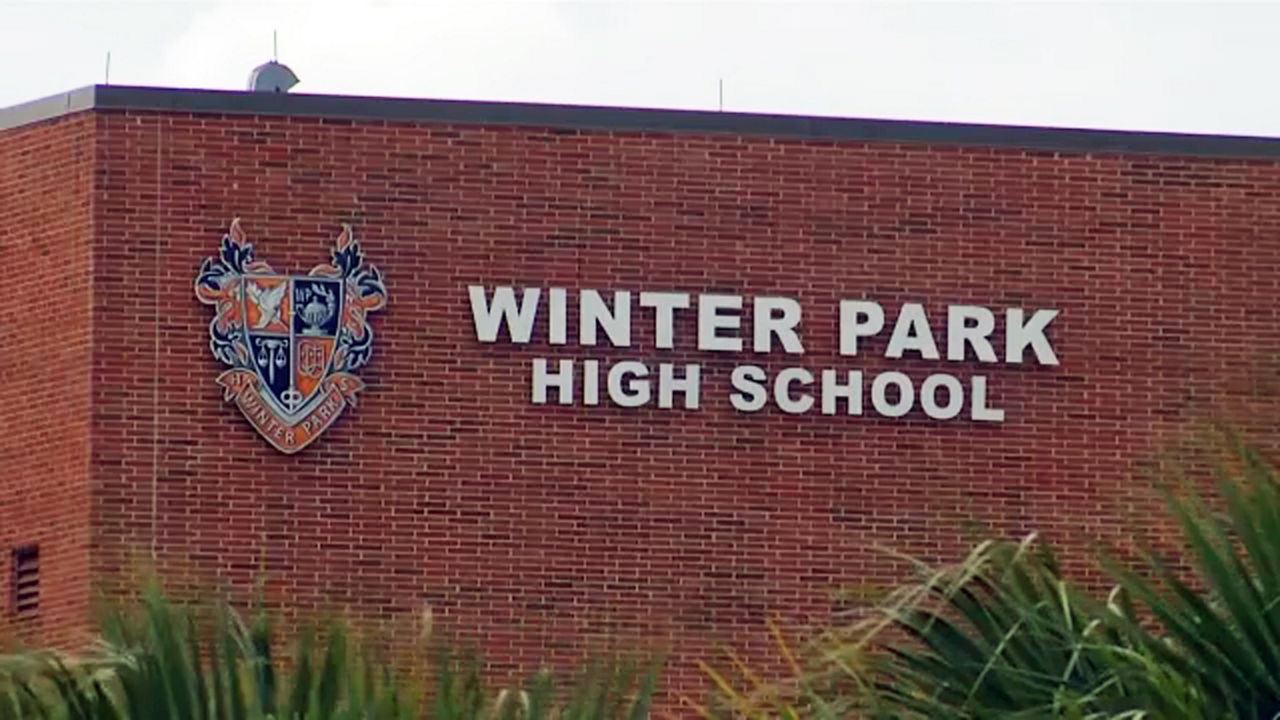 WINTER PARK, Fla. —  It wasn’t a homework assignment that Rishona Terres’ daughter brought home that caught her off guard Tuesday. It was a photo her daughter captured while at Winter Park High School.

A bathroom wall on the campus of Winter Park High had not only anti-Semitic images, but also words and phrases attacking the Black and LGBTQ+ communities as well.

Winter Park Police were made aware of the incident and are investigating.

A member of the WPHS administration confirmed the picture obtained by Spectrum News shows swastikas, the "N" word written nearly 10 times, and homophobic words as well.

And if seeing the images from her daughter wasn’t disappointing enough, Terres said the school’s approach to the incident made things worse.

“I thought for sure we would get a robocall, and I waited, and I told some friends if I don’t hear anything I will contact the school tomorrow," said Terres, a mother of two Winter Park High School students. "We got a robocall and it was about COVID cases, that’s what we usually get. Nothing else, I was shocked.”

In the video he mentions there have been a few students who have made very poor decisions.

But what upset parents like Terres was that Arnold never said to parents what it is that exactly happened on campus.

“I just want to thank those making good decisions," WPHS Principal Matthew Arnold said in part. "Because something like what happened yesterday we do not take lightly.”

Spectrum News reached out to Arnold to ask about his video, and how the incident is being handled, but was referred to the school district.

School district officials said Winter Park Police were made aware of the incident through the school resource officers that work on campus.​

When asked about potential punishment, a district spokesperson said the incident is considered a Level IV violation, which is the most serious in the code of conduct, and could come with a recommendation for expulsion.

“This is an opportunity, so this is your chance," Terres said. "Get up there and in no uncertain terms, condemn this, and offer another image, another vision, another message.”

Sadly, for this Jewish mother and her daughter, it's an image they now can’t unsee.

Arnold did send out a robocall later updating parents that they have identified the student responsible.

Those incidents range from reported hate crimes to rallies.

The image may be disturbing for some readers, but we wanted to add it to give context to the size of the symbols and language that was found.

To see the image, click the white bar and drag it to the right. Note, not all of the image is viewable because of language.